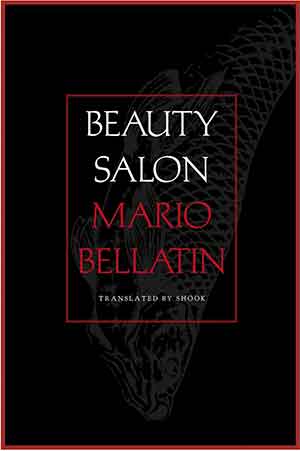 Originally published in 1994, Mario Bellatin’s Beauty Salon, translated by David Shook (Deep Vellum, 2021), takes place in an unnamed city as a mysterious, highly infectious disease begins to spread, afflicting its victims with an excruciating descent toward death, particularly infecting those on society’s margins, including gay men. The immediate correspondence one might draw is to the HIV/AIDS epidemic, which began during the 1980s and actually peaked in 2005 with almost two million deaths. With deaths on the rise, the narrator opens his salon to the pariahs of the city, turning his salon into a mortuary since hospitals either are overrun or refuse to treat patients. “To provide a bed and bowl of soup to the victims whose bodies have already been ravaged by the disease. And I alone must do it. The help is sporadic. Occasionally, some institution remembers our existence and aids us with some small amount of money.” He is also concerned about “who will take over the salon when my own illness has fully manifested. So far, I have only felt glimpses of it, external symptoms like my weight loss and downcast mood,” both of which are symptoms of AIDS.

At the same time, the owner attempts to maintain a number of fish tanks in which he keeps various types of fish (e.g., angelfish, tetras, guppies), some of which are ovoviviparous, ironically giving birth while surrounded by death. He also keeps an axolotl (which might recall Julio Cortázar’s story “The Axolotl”). The salon owner is not obsessed with it, nor does he become one as in Cortázar’s story, although he raises them because “they appear to have stopped-midway down evolution’s path,” a statement one might also apply to the human species.

Regardless of the origins, the novel has certain similarities to Camus’s The Plague, which was published in 1947. For some, like Roland Barthes, the novel was simple: “Nazism is transformed into bubonic plague, and, in the face of timid politicians and an uncooperative public, a small band of idealistic resisters fight to beat back the scourge.” While Camus acknowledged his novel was partly about the Nazi occupation, he dismissed the idea he had written an allegory. Epidemics (or pandemics) ultimately affect the political and social fabric of a community or nation, and though plagues are transmitted by bacteria or viruses, ultimately their causes and effects are due to human failings.

Whether Bellatin (b. 1960, Mexico City) was inspired to write Beauty Salon based on political and/or social failings in Mexico can be argued. Clearly, the title becomes ironic in that the beauty salon becomes a morgue. A business created to enhance one’s beauty becomes an end point for disease, disfigurement, and death. Though published twenty-six years before Covid, perhaps Beauty Salon was a prescient novel about future epidemics beyond the AIDS epidemic. To that end, as the blurb indicates, “Mario Bellatin’s complex dreamscape, offered here in a brand-new translation, presents a timely allegorical portrait of the body and society in decay, victim to inscrutable pandemic.” 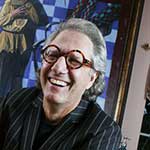 Mark Axelrod-Sokolov is a professor of comparative literature in the Department of English at Chapman University, Orange, California, and has been director of the John Fowles Center for Creative Writing for twenty-five years. His latest fiction books include Balzac’s Coffee, DaVinci’s Ristorante, and the translation of Balzac’s play, Mercadet, which was retitled Waiting for Godeau, and Beckett’s Bar, Pushkin’s Vodka. His latest books of literary criticism include Madness in Fiction: Literary Essays from Poe to Fowles and Notions of Otherness: Literary Essays from Cahan to Maraini. His screenplay MALARKEY, based on his novel The Mad Diary of Malcolm Malarkey, PhD, has garnered the interest of Malcolm McDowell and is currently being shopped. He was inducted into the European Academy of Arts and Sciences, Salzburg, in 2017.