Deborah Harkness’s All Souls trilogy has taken a new life through the Sundance dramatic series, A Discovery of Witches. The novels themselves, originally published between 2011 and 2014, have had a resurgence in popularity as the television series has taken off, and fans of both have a lot to say about the changes made in the adaptation of such a beloved book series to the television screen.

I began my journey through this series and its adaptation with the first novel in the book series and was hooked on the story and characters almost immediately. An academic in Oxford that spends her days studying dusty medieval manuscripts and just so happens to be a witch may not be the dream of many, but for fans of contemporary fantasy—and this perpetual academic on the road to being a medieval British literature professor—we are all too happy to get lost in the riveting world of Diana Bishop. Growing up in the era of Twilight (and only slightly chagrined to say so), the addition of a vampire love interest contributed all the right clichés and did not hurt my feelings toward the novel in the least.

Season 1 of the television show of the same name followed the events of the first book and ended at the same point in the timeline. As the first novel was an introduction into the world that Harkness created, it was a relatively simple plot to duplicate on the screen. I was so pleased with the first season of the show that when it was announced the second season would require a subscription to watch it, I hardly minded.

My excitement over the show diminished more and more as the second season went on. The second book in Harkness’s trilogy was my favorite, so I had high expectations for season 2 of the show. Shadow of Night takes place in London near the turn of the seventeenth century, complicating the plot logistics and characters by adding “historical accuracy” to its list of chores. There were plenty of highlights from the novel that were included in the show, including the intrigue of the vampire love interest’s past, the historical accuracy of Elizabethan wardrobes, and sociopolitical happenings of the time, just to name a few. However, some of my favorite parts of the novel were lost in translation. The inequality of women at the time made the story of the novel equally interesting in terms of plot as well as detail, which Deborah Harkness gives in spades with her intricate, if at times convoluted, and detailed writing. The near constant sprinkling of famous British literary figures of the Elizabethan period throughout the novel also impressed me.

Looking past the plot details, the true high point of this novel came in Harkness’s contribution to the theory that William Shakespeare did not write his many famous plays himself. Harkness brilliantly included the members of the School of Night as characters within the second novel and managed to end the reader’s time in 1590 with the suggestion that Shakespeare nicked one of his more famous one-liners from Christopher Marlowe. I was riding the high of my Elizabethan dreams when the second novel came to an end and I turned to the third.

The same cannot be said for the television adaptation. I was disappointed by the lack of attention paid to Diana’s journey from an autonomous woman of the twenty-first century to a married woman with no identity of her own in the sixteenth century. Though it was the atmosphere of Oxford academia that pulled me in, and the inclusion of some of the greatest British literary minds as characters that kept me turning the pages, it was Diana’s evolution that pushed me through to the end of this series and made me happy I stuck it out. Diana Bishop begins the first novel, A Discovery of Witches, as a demure professor of alchemy who couldn’t fathom anyone having any interest in her and ends the third novel as the most powerful and confident witch of her time, both supernaturally and politically.

Though it was the atmosphere of Oxford academia that pulled me in, and the inclusion of some of the greatest British literary minds as characters that kept me turning the pages, it was Diana’s evolution that pushed me through to the end of this series and made me happy I stuck it out.

This is one of my biggest problems with the television series. There are dozens of complimentary things to say about the dramatic retelling of Dianna and Mathew’s love story, the least of which is the fantastic casting and the attention paid to supporting characters not bestowed upon them in the book series. If I hadn’t read the trilogy and fallen in love with Harkness’s purposeful world-building, I would likely love the adaptation, but by comparison, the show leaves much to be desired.

At this point in time, the second season of the show has come to a close. Each season of the show seems to be following the events of each book. Season 1 followed the plot and time line of the story through the first book, and season 2 does the same. This would suggest that the television adaptation of the trilogy is a limited series that will end with the completion of events in the third book. There is a fourth spin-off novel about one of the supporting characters, as well as an informational book to guide the reader through the complex world, neither of which are truly worth mentioning in the context of the book series but may contribute to a longer-running TV adaptation than the book series—which would be a mistake in this humble reviewer’s opinion.

With this in mind, a viewer could conclude that the television show is more than half over. In many dramatic adaptations, drastic liberties are taken with the plot in order to extend the show past the end of the book series. For most series, this is expected, and an extended plot gives the show longer to incorporate character and plot details in the show. This, however, is impossible if the current trajectory of the show is any indication of its likely ending, which will presumably come at the end of the next season. If this is true, then the missing details and undertones from the book series are an unfortunate oversight by the showrunners, which includes Harkness herself.

The detail and voice paid to gender inequality in the novels makes sense, given that it takes place over five hundred years in the past; a modern woman would suffocate under the expectations of the time. This aspect is all but lost in the television series, something that I found all the more disappointing after learning of the all-female production and directorial leads. This, along with the lack of true character and relationship development—this is a romance, after all—resulted in a great book series transformed into a show that’s not bad, but not great. 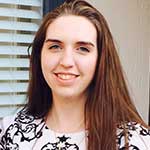 Camille Thompson is an aspiring editor and English literature professor, currently completing her second degree at the University of Oklahoma.