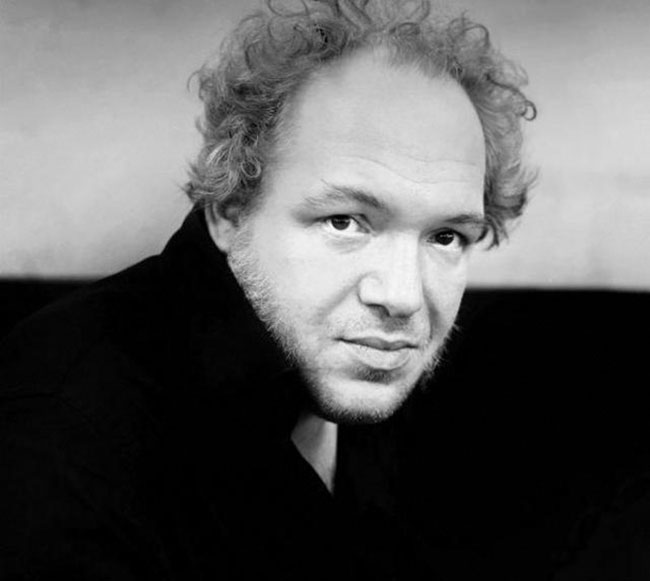 The quickest way to turn someone off from the possibility of reading Mathias Énard’s astounding novel, Compass (New Directions, 2017), is to tell them the entire plot, followed by how long it is: A man can’t sleep, and then he gets an email, 450 pages and some change. 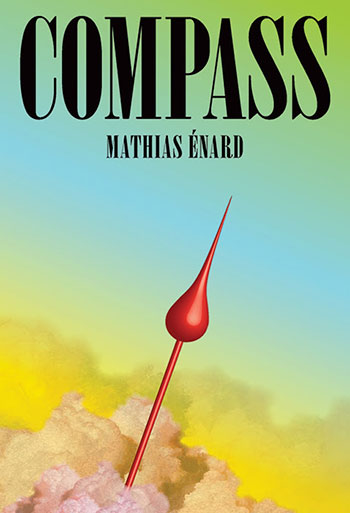 It is to Énard’s credit that what he does with those eight sleepless hours is so compelling, reeling off a multilayered narrative that includes a brief history of the relationship between Europe and the Middle East; a nuanced description of the interplay between European and Middle Eastern music focused on the last two centuries; an impressive survey of the Orientalist tradition in history and archaeology; and, finally, an aching love story that swells in importance as the book careens toward its conclusion.

Franz Ritter is the novel’s lone voice, though Énard peppers his story with a variety of other texts (songs, poems, scholarly pieces, lyrics, and emails). Ritter is a middle-aged musicologist who is suffering from a yet undiagnosed condition—a condition that causes him great discomfort, which, along with the anxiety of not knowing what is actually wrong with him, makes it impossible for him to sleep. In this agitated state, Ritter becomes fixated on a mysterious article, written and sent to him without explanation by a fellow academic, Sarah, for whom he has long harbored romantic feelings. As Énard unspools Ritter’s memories of her, the experiences they shared abroad, and the many ideas passed between them, he manufactures the thread for his narrative tapestry.

Compass, winner of the 2015 Prix Goncourt and shortlisted for the 2017 International Man Booker Prize, is one of those books that causes the reader to marvel how any one human being has lived long enough to compile the information and craft to write it. In this capacity, it serves as a paean to the scholarly process that allows for the cumulative acquisition of knowledge across multiple generations. Ritter, an Orientalist long after the field has fallen from fashion, acts as an archaeologist to the study itself, excavating the ruins of the scholars who destroyed themselves in questing for the elusive Holy Grail of an imagined Orient. In so doing, he traces the many connections between the political, the musical, the archaeological, and the personal as he offers narrative sketches of the personalities who drove and/or funded the scholarship across the centuries.

Many of the cultural contributions made by the East to the West during these formative centuries have been subsumed into a false narrative about the dominance of the latter over the former.

This sort of thing is fascinating but, in reality, of paramount importance to a remarkably small number of people without contributing to some larger theme that might be of relevance to the contemporary reader. In all candor, Compass is a lot of work for this very reason. Énard is coy in his enunciation of this “bigger picture” because Ritter, his narrator, isn’t delivering a thesis. He’s unpacking his life, which just happens to be populated by an immense amount of information about the relationship between Europe and the Near East. But a curious commonality emerges from these stories—namely, that many of the cultural contributions made by the East to the West during these formative centuries have been subsumed into a false narrative about the dominance of the latter over the former.

In one of the fleeting interactions between Ritter and his unrequited love, he recalls how “Sarah talked to me about her thesis . . . about those mirrors between East and West that she wanted to break. . . . Bring to light the rhizomes of that common construction of modernity. Show that ‘Orientals’ were not excluded from it, but that, quite the contrary, they were often the inspiration behind it, the initiators, the active participants.”

Énard’s narrative-flipping isn’t restricted to things that happened in the distant past. After wryly noting that the idea of a global jihad was introduced to Islam by Western powers during World War I, he observes that “the Mongols made pyramids of cut-off heads to frighten the inhabitants of the lands they invaded—now the jihadists in Syria are using the same method . . . their throats slit, the neck cut with difficulty till it separates, this in the name of holy war. Another horrible thing constructed by both East and West. Jihad, at first sight, an idea that’s as foreign, external, exogenous as possible, is a long and strange collective movement, the synthesis of an atrocious, cosmopolitan history.”

Translator Charlotte Mandell should be commended for this act of bravura, conquering a legion of transliterative challenges and rendering a finished work that is as rich in language as Énard’s original text is in its ideas.

Among all the other feats Compass manages in the course of its wandering, interwoven narratives is imparting to the reader a clear sense of the power of prose itself. This is a story that is impossible to conceive of having been created in any other medium than writing. Énard’s story, modulating across an almost endless series of tonal registers, folds in verse, academic writings, emails, letters, and a variety of other forms. Translator Charlotte Mandell should be commended for this act of bravura, conquering a legion of transliterative challenges and rendering a finished work that is as rich in language as Énard’s original text is in its ideas.

Indeed, Compass can be read, in its broadest register, as a love letter to the core human impulses that inspire translation in the first place—a desire to understand that which is outside of one’s own experiences. This is the love story that shepherds Ritter through his dark night of the soul and an impressive metonymy for the off-again, on-again love affair between Europe and the Near East that has broken and rebuilt our hearts over and over again.

Reviewer’s postscript: I decided to read Compass initially because of its focus on music, and it certainly did not disappoint. To heighten the reader’s appreciation of this novel, I’ve compiled a one-hour playlist of compositions name-checked as being Western in origin but inspired by contact with the East. I hope you find as much joy and surprise in the playlist as I had in compiling it.