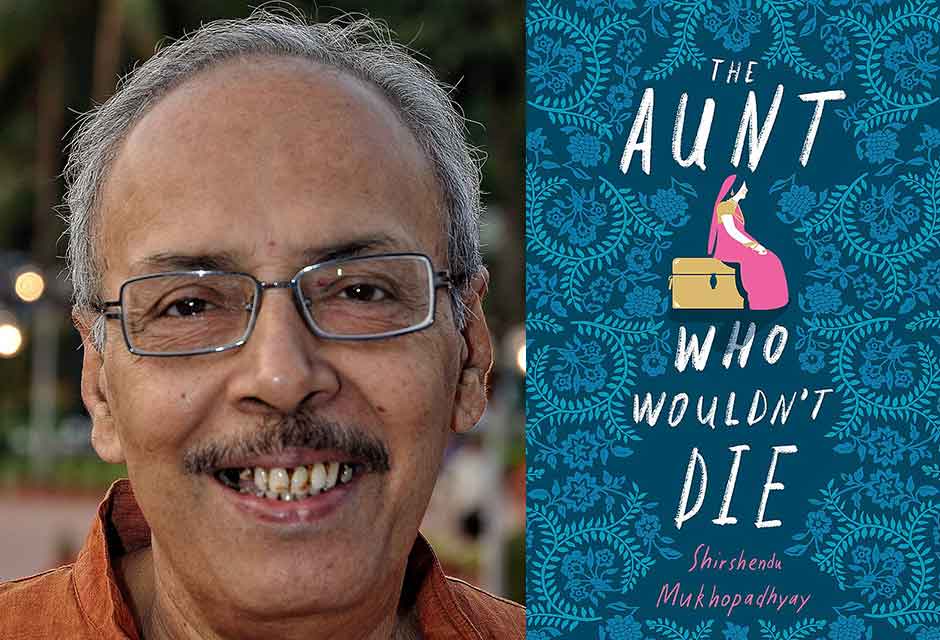 The Aunt Who Wouldn’t Die (John Murray, 2019), by Shirshendu Mukhopadhyay, translated from the original Bangla by Arunava Sinha, is a fast-paced thriller about the rescue mission around the flagging finances of an erstwhile-affluent Bengali family who open a shop in the city that sells sarees. The narrators consist of three women of different generations of the family, lending the plot a delightful tripartite divide. It is a tale about the tenacity of the human spirit to withstand hardships and about human relationships that endure. This translation—of a difficult text to translate—possesses the rare quality of being appealing to both the English-speaking reader and to the audience who can understand the Bengali language. I’ve had a chance to read the original Bengali text as well, and the work has been successfully transferred, cultural flavor and all, into a rather curt and mercantile language like English.

Speaking of mercantilism, the reader will be afforded a sidelong glance at upper-middle-class Bengali sentiments, at least at a certain point in the history of this community, toward professions like the merchant’s or the petit bourgeois shopkeeper’s. Words like shaashuri and Pishima have been retained, and the name Chakor Mitra, which the reader will encounter on the very first page, is phonetically funny but also funny when you know the implications of the first name when it’s used as a noun in Bangla.

The beginning is Austenesqe—befitting the book being brought out by John Murray, the same publisher who printed Jane Austen’s works back in the day—tongue-in-cheek and dripping with a dry sense of irony. The quiddity of The Aunt Who Wouldn’t Die is perhaps best encapsulated in young Boshon’s precious remark toward the end of the book: “My god, what a horrible system. No wonder women are rebelling for freedom.” Speaking in practical terms, the work is also of perfect length for an uplifting read during times of potential sturm und drang.

Also, as I once heard a sage indie publisher (whom I’ve begun to admire since the moment) say: “Why buy a glass of wine when you could buy a book at half the price and get three times more entertainment from it?” I can’t think of another book that could embody this epigram more suitably than The Aunt Who Wouldn’t Die.

The book is a riot, a sprightly thriller that will make you not only want to discover more Bengali cultural norms of the vintage era but also create rational stirrings within you to go look up more of Shirshendu Mukhopadhyay’s works (Arunava Sinha will have you covered on this front as well). The translated plot metes out a sensitive treatment to the volatile issues of the Partition of India and the heteropatriarchal structures that traditionally cloistered the women of the family, yet it still manages to retain its unquestionably comic element.

Like a comic inversion of the apparition of Hamlet’s father in the play, in The Aunt Who Wouldn’t Die, the ghost of Pishima appears out of thin air at unsuspecting moments, usually when our protagonist is ready to relent or give up the chase.

So much of the story really is about endings.

Short in length though it might be, the novella contains curious and textured character sketches: the lovestruck young girl, Priti, who can’t stop mooning over her boyfriend; Amalesh-da, the object of one of the characters’ fascination—a slightly older boy who “seemed to have nothing to do with other people, as though he had lost his way and survived in this world, completely indifferent to it”; even going so far as to anthropomorphize female puberty as a character that had “woven a web of mysteries . . . fickle, impulsive, shallow”; a strange man whom our protagonist spots under a pool of lamplight, and whose looks she describes as being “like a poem.” Comedy and pathos commingle in the picnic sequence—the joy of a day out with friends, then overcoming technical hurdles like an adventure, and then the accompanying sadness of leaving a part of oneself behind—letting the sense of an ending sink in fully. All is described with wonderful deftness. In fact, so much of the story really is about endings—the end of the old aristocracy in Calcutta who survived comfortably on inheritances and didn’t see the need to participate in wage labor; the end of old toxic social mores in a family that deprived women of their selfhood and independence; and, most poignantly, the end of interpersonal bitterness between two women of the same generation, related through marriage, facing similar struggles but harboring a grudge against each other, through shared trauma after the birth of a girl child.

Then, as you’re jolted to a halt right at the throbbing heart of the story, you realize it isn’t just a cavalier supernatural thriller, after all, or simply some kind of sensational horror story shrouded in a pall of casual comedy. It is, instead, a story expressly about seething, intergenerational female rage engendered by patriarchal injustice within family systems that has been allowed to hatch within Bengali familial structures for far too long. This rage glowers at you through the pages, glowing in the dark like the wan ghost of Pishima come to reclaim her precious trinkets—the only reason anybody ever cared to keep her unloved, widowed character in the seemingly affluent, conservative, and profusely toxic family. As you realize this, trying to take in its full import, the ghost of Pishima will conspicuously start talking about connubial lovemaking. And then she curses one of the speakers—her only mortal confidante in the household—with a stillborn.

It is a story expressly about seething, intergenerational female rage engendered by patriarchal injustice within family systems.

Taboo subjects like female desire post-widowhood, simmering female rage (which refuses to be put out even after the corporeal body of the owner had died), indignation at the secret debauchery on the part of the married men in the household—these assume lives of their own in The Aunt Who Wouldn’t Die, morphing into ghosts of an unending past. A past that, embodied by Pishima’s apparition, rears its head at strange moments in undisturbed corners of the vast house and deals one blow after another to traditions that had straitened and oppressed her when she was alive. Suddenly, the apparition takes to its heels and speeds away like the brave young Boshon on her swanky motorbike, ruminating on the romanticism of her generation’s hard-earned freedom. 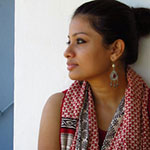 Apala Bhowmick lives in India, where she has worked in the editorial departments of Seagull Books (Kolkata) and Routledge Books (New Delhi), after graduating from college with an English literature degree. She currently freelances as a copyeditor, literary translator, and reviews fiction and nonfiction books for various platforms.