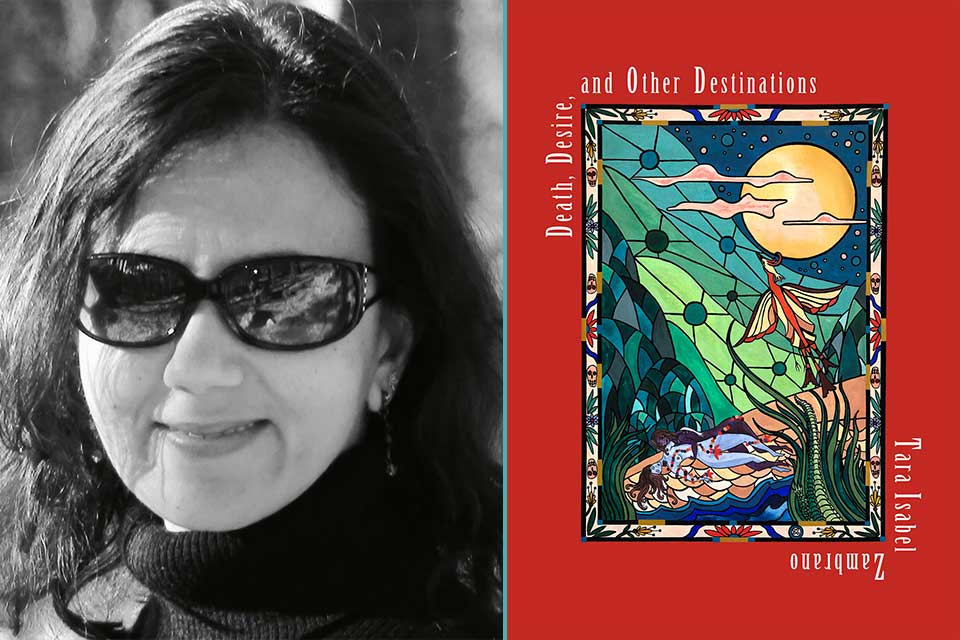 Tara Isabel Zambrano’s debut collection of flash, Death, Desire, and Other Destinations (Okay Donkey Press, 2020), is a journey through desire’s relationship with the body: the exhaustion after desire courses through us, and the surprising places—both hidden and public—desire centers itself, like some wily, ethereal character peeking around the corner, reminding us of its omniscience. Conveyed through magical realism, eroticism, and Zambrano’s striking, lyrical prose, death and desire are the multifaceted conduits through which Zambrano’s diverse array of characters experience transformation.

Death and desire are the multifaceted conduits through which Zambrano’s diverse array of characters experience transformation.

I first read Zambrano’s work when her story “A Scooped Out Chest” found its way to Typehouse Literary, where it was eventually published in our nineteenth issue. I was immediately struck by the way Zambrano took the raw, vacant feeling that so often accompanies heartbreak and, instead of finding footholds in grief’s easiest-to-reach-for clichés, flipped them inside out to create a far more realistic and whimsical portrayal of heartbreak.

The first line begins with the narrator cutting out their own heart for reasons unknown, and we quickly learn the bloody hunk of flesh has its own off-putting agency. At the store, the heart buys chips and ice cream for heart and narrator to share in bed. The heart even has teeth, described as “sharp, fat deposits.” With the prerequisites for wallowing—salt and fat—narrator and heart snuggle up to some reality TV. All seems at least manageable, except for the narrator’s giant, gaping chest-hole, which neither of them knows how to heal. After the heart causally performs oral sex on the narrator, it leaves, trailing ice cream in its wake. This is just one story in the collection where desire and grief intersect and leave both protagonist and reader in the liminal space of an accepted longing.

Female desire takes center stage in stories’ exploration of both heteronormative and queer relationships. If men are present in the story, they often remain as foreground or backdrop while female desire, like the anthropomorphized heart, is given breath, life, and agency through the characters’ bodies. How and when we “arrive” at this desire is the way Zambrano carefully draws us into unexpected spaces where typically, desire would be considered inappropriate or stigmatized; like a shared lover between mother and daughter, or interspecies sexuality.

In the story “Up and Up,” a daughter visits her mother to find a young man kneeling between her mother’s legs. Only briefly does the narrator grapple with her contempt at these seemingly opposing narratives (dad is dead, yet mom is carefree and having orgasms) as the young man—gorgeous, named Santosh—starts to come on to the narrator herself. “I feel his breath on the small of my back, a low call, my pores opening onto wonder, previous half-baked climaxes and affairs slipping out, my body poured into a new cast.” Here, the grief paves a path for desire, queering normative familial boundaries on the way.

For all the creative ways in which Zambrano addresses relationships and grief, her work also tends toward the fantastical. Aliens, animals, and technology occupy stories steeped in scenes like embodied dreamscapes.

In the quasi-horror story “Nine Openings,” a couple discovers a crash-landed alien, “its freckled, grey skin smelling like wet shoes.” Soon after bringing it home, we are told, the couple stops eating or having sex. The alien answers all the humans’ needs with its one tentacle, penetrating them both through all nine openings. (Which definitely made me start counting.) Once the alien is spent to death from penetrating, and the couple left hardly alive, they are so hungry they try to eat the other’s shadow.

The reader is asked to hold so many strong visceralities; the grossness of a stinky alien that’s almost cute, the sexiness of being able to feel some kind of mystical unending orgasm, the disturbing way their need for this penetration drains both characters, and alien, of all energy and life. Desire’s power to do away with unnecessary boundaries is beautifully rendered, but just as well, we live with our inevitable human tendencies toward self-destruction and desire’s ever-entwined relationship with death.

While not all stories are hinged on setting, both cooking and Hindu tradition ground several pieces. Zambrano does not leave out sensual details when it comes to food and nourishment. The language around the preparation of Indian dishes, as in the story “Ghosht Korma,” creates a mouthwatering nostalgia and a deep connection to the Indian culture and heritage of the characters. “I dream about Ghosht Korma. Onion and garlic crescents shriveling in the fuming oil alongside turmeric and pepper-smeared chops. The old Hindi music swirling like gossip in the street.” We quickly learn, by the presence of clients and people having sex nearby, that the narrator is living and working at a brothel.

In the way Zambrano crafts surreal, dreamlike experiences, her characters too rely on dreams themselves, of their familial pasts, and on memories for survival.

While the men get their “nourishment” here, the women have to earn their own basic form of it. It is almost Diwali, the narrator tells us, the Hindu festival of lights, as she contemplates the ice cream she had after the previous year’s festival. A “rare treat, it almost made me forget that Ganja picked me up by the park outside my home when I was twelve.” The story serves as a poignant reminder of desire as a tool of the oppressor. In the way Zambrano crafts surreal, dreamlike experiences, her characters too rely on dreams themselves, of their familial pasts, and on memories for survival.

Reminiscent of the dark sensuality in the work of Carmen Maria Machado and the blend of real and imaginary in that of Banana Yoshimoto (think Lizard), Death is a wonderful tribute to flash fiction. Zambrano has crafted a truly inspiring collection that centers desire anew, in all its strange human rawness and seduction. 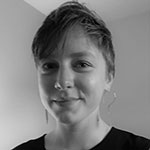 Lily Blackburn is a writer based in Portland, Oregon, where she is also an editor for Typehouse Literary and a workshop facilitator for the nonprofit artist community The People’s Colloquium. She writes book reviews, memoir, and flash.