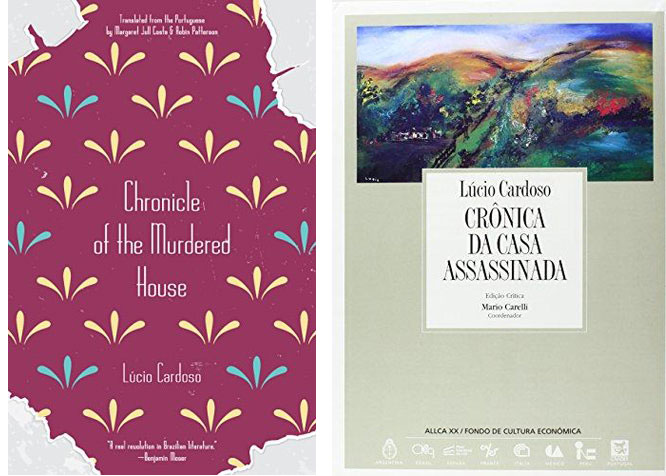 Editor’s note: When a publisher brings forth a much-needed translation of a classic novel like Lúcio Cardoso’s Chronicle of the Murdered House (translated from the Portuguese by Margaret Jull Costa and Robin Patterson), the first thing we do is go through our extensive nine-decade review files to see if we had reviewed it in the mother tongue.

As it turns out, reviewer Ralph Edwards Ingalls Dimmick reviewed Crônica da Casa Assassinada in the Spring 1960 issue of Books Abroad. Cardoso had been writing novels since the mid-1930s and, as Dimmick suggests below, had lost some of his luster, if not his social cachet, by 1959 when Crônica was published. The novel’s edgy and frank depictions of gender fluidity and homosexuality (left unidentified in Dimmick’s review below) begs comparisons to Tennessee Williams’s Suddenly Last Summer while its themes of a great family in decay recalls the best work of William Faulkner.

Dimmick lived in Brazil from 1943 to 1946 and then returned to Harvard (his alma mater) to teach Portuguese and Brazilian literature. Dimmick eventually left teaching to work for the Organization of American States in Washington, DC.

Lúcio Cardoso has long been noted as the leading Brazilian novelist of the mysterious, but his works of the past decade have tended to be disappointing, at times downright bad. In Crônica da Casa Assassinada, however, he has written a brilliantly successful Gothic romance. The device of presenting the story in the form of excerpts from diaries, confessions, depositions, and memoirs of the leading characters offers artificialities, but it also makes for a refreshing variation in viewpoint and is used admirably for heightening suspense. None of the semi-degenerate members of the Meneses family arouses the reader’s sympathy, but his curiosity as to the true nature of their relations and their ultimate fate never flags. One may question the viability today of the genre represented, but Cardoso’s effectiveness is beyond doubt.