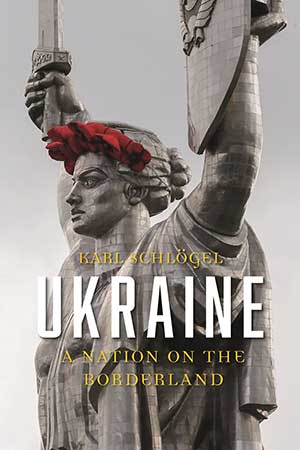 Karl Schlögel has a profound, even intuitive understanding of Russian domestic and foreign politics. His view reaches both far into the past and projects likely future developments. He recognizes that to know contemporary Russia, one must know the Soviet Union, especially the arc of its collapse. This does not make him an expert on Ukraine. In his recent book on the topic, he starts with an apology of sorts, as if to say, “All along we only cared about Moscow and made a grave miscalculation.” But Ukraine: A Nation on the Borderland (trans. Gerrit Jackson, Reaktion Books, 2018), his attempt to right this collective wrong, falls short of its mark.

The problem is that for all Schlögel’s breadth and skill, his desire to make up for past mistakes was not enough for him to restrain himself. He turned his lens westward to Ukraine but did not consider that perhaps he needed to try a different optical power. Schlögel displays this quite obviously in his choice to use Russian spellings for Ukrainian toponyms and, more egregiously, in the near-total lack of Ukrainian voices quoted in this volume. The first of the few photos features Russian journalists in their newsroom—are there no Ukrainian journalists?

It is a shame, too, for Schlögel is clearly a superb scholar. He presents a powerful analysis of Western treatments of Ukraine vis-à-vis Russia, taking the West to task for its willingness to believe Moscow just because it speaks the “idiom of postmodernism.” When the Maidan protests began in 2013,[i] Schlögel underwent a great crisis as “events in Ukraine called a major part of [his] life’s work into question” and furthermore threatened to put an end to the great democratic experiment. He is particularly riled that the media and pundits (“led by America”) would perpetuate the view that this Eastern country’s maneuvers could be explained as reactions to outside threats. This is a falsehood that requires no understanding of Russia to promulgate. Frankly, it is easier to repeat this than to examine domestic instability and nationalist jingoism. He knows better.

And he does. Schlögel is able to cut through the rhetoric surrounding Maidan and sees “how Ukraine brought off the miracle of resisting the temptations of nationalist fervor under extraordinary outside pressure and uniting Orthodox, Catholic, Jewish, and Muslim citizens in a movement that transcends religious and ethnic factionalism.” It is furthermore apparent that he genuinely admires Ukraine, both present and past. Schlögel’s worldview is essentially tragic, and it seems that part of the reason he’s so disturbed by current events is that he hasn’t gotten over the Second World War. He has enormous empathy for the travesties that have befallen Ukraine in all its decades and affords the victims respect and dignity.

Schlögel’s worldview is essentially tragic, and it seems that part of the reason he’s so disturbed by current events is that he hasn’t gotten over the Second World War.

In fact, the historical analyses in each individual chapter can be quite compelling. Under his brush, the often-overlooked Chernivtsi becomes a bygone multicultural and intellectual paradise far removed from the reaches of any empire, yet determined to remain connected to and on equal footing with the larger world. The lost Jewish Ukraine emerges from nearly every city, every chapter. It is painful to read about what once was. His descriptions of the hills and greenery of Kyiv are even hillier and greener than the real thing. Schlögel’s Kyiv is an ancient city of high culture. Unfortunately, he is only aware of Kyiv’s contributions to Russian culture. Likewise, his Odessa teems with filmmakers and writers, yet Yanovsky, Kosarev, and even Dovzhenko are absent. His Kharkiv apparently knows nothing of the enormous figures of the avant-garde and futurism who made their work there in the heady days of the capital. Schlögel argues that contemporary Ukrainians should embrace the ethnic non-Ukrainians who have lived in their land and enriched their culture. But this is precisely what’s happening today in Ukraine. In publishing, which churns out translations of Celan, Auslander, Roth, and Babel; in art history, which obsessively studies Malevich, Ekster, Delauney, and Tatlin. What does Gogol have to do with rock music or the Carpathian Mountains? Nothing, but you can still attend Gogolfest!

Schlögel’s chapter on Donetsk is one of the better ones (no doubt because it was written for the publication of this collection). It is a place where history breathes, lived every day as the horror of war. We should listen when he says that the city’s “entire social fabric is undergoing radical and potentially irreversible alteration” and predicts that after Aleppo, Donetsk will be next. Unfortunately, one chapter does not a book make, and the rest of Schlögel’s Ukraine feels like a hastily thrown-together attempt to “understand Ukraine” through a disparate collection of essays written over twenty-eight years—longer than Ukraine had then been a sovereign nation. Schlögel has taken a good first step, but he has many more to go.

Editorial note: “The Ukrainian Avant-Garde,” a special section guest-edited by Michael Naydan, appeared in the September 2005 issue of WLT, which featured Bob Dylan on the cover.

[i] See the pieces by Yuri Andrukhovych and Michael Naydan published in WLT in late 2013 and early 2014. 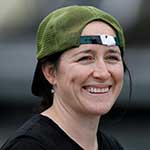 Ali Kinsella has been translating from Ukrainian for seven years; her published works include essays, poetry, monographs, and film subtitles. She holds a Master’s degree in Slavic Studies from Columbia University, where she focused on Eastern European history and literature.