Will I Be Strong Enough for You? Nasim Marashi’s I’ll Be Strong for You 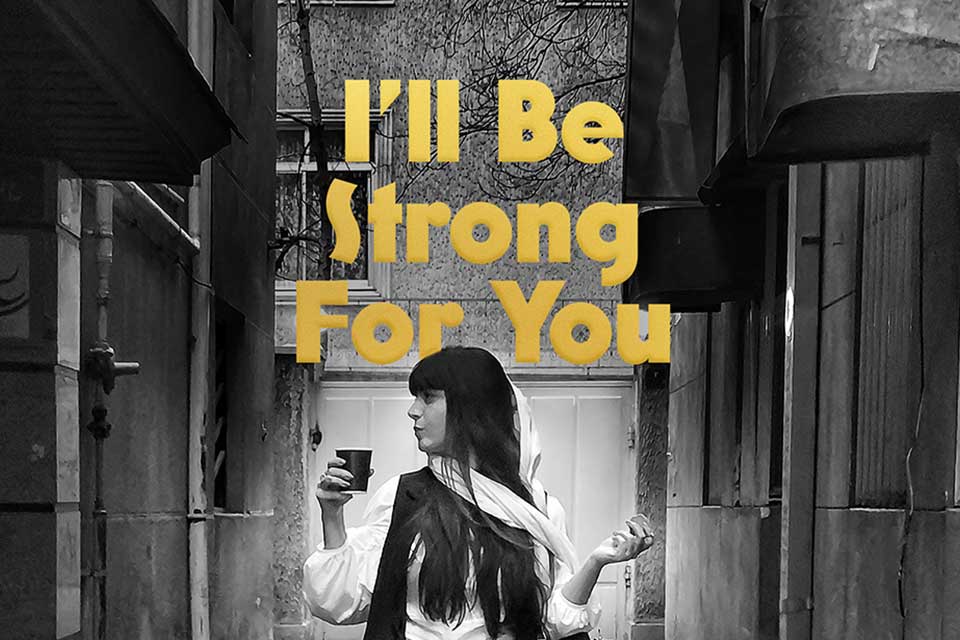 Nasim Marashi’s recently released novel I’ll Be Strong for You (Paeez Fasl-e Akhar-e Sal Ast), translated by Poupeh Missaghi (Astra House, 2021), is a first-person fictional narrative in which three female narrators—Leyla, Shabaneh, and Roja—speak. They are former university classmates; two work in an engineering firm and another one in a newsroom. They are close friends only, yet their lives are so mingled that they look like members of the same family. Even more, one might consider them to be one woman as seen from three different angles. It is not initially clear whether the three women are university classmates, sisters, or colleagues. It is also initially unclear whether they work in a construction company together, in a newsroom, or somewhere else. Moreover, it is not clear whether their families come from Khuzestan, Guilan, or Tehran. They are more than just sisters or colleagues.

The three women manifest as one, which the reader could consider a trinity. On page 6, for example, there is a job listing put out by Shabaneh, part of the trio, in which she tells Leyla, “Come join our company.” The word “company” is ambiguous. It could mean the engineering firm in which two of the three women work. It could also mean, “Come and join this party or group of women,” which has a feminist overtone. It could be a meaningful addition resulting in a powerful combination and unification of women. This is in contrast to the work in the construction company, which, according to Leyla, requires endless, trite mathematical additions and combinations. By extension, Leyla describes her entire life, as well as the lives of the people around her, as seemingly the result of a profound miscalculation on the part of an unknown, figurative engineer. The same miscalculation and ensuing mayhem result in Leyla’s beloved leaving her.

The narrative is composed of two major parts, “Summer” and “Fall,” each containing three chapters headed by names of the female characters. In the first chapter of “Summer,” Leyla’s ex, Misagh, calls her Leily, which is probably an allusion to Leyli in the classical Persian love poem Leyli and Majnun. However, unlike the version alluded to, in which Majnun loses his mind over Leyli, this time it is the woman who loses control of herself after her lover leaves her. Throughout the chapter, Leyla addresses Misagh, whom she fails to catch in the beginning of the novel at the Tehran airport.

In chapter 2 of “Summer,” Shabaneh dates a colleague, Arsalan. Both at the level of name symbolism as well as characterization, there seem to be significant contradictions between Misagh and Arslan. Misagh means “promise,” which could refer to the hope or promise of love; or, in fact, a promise that is never fulfilled. Arslan’s name, on the other hand, indicates a masculine, domineering, and down-to-earth man who is probably named after Amir Arsalan, the chivalric figure of classical Persian literature. Both Leyla and Shabaneh, however, are suffering from their relationships with these men. Leyla pines over her lover’s absence. Shabaneh, on the other hand, is not sure she even loves Arsalan. She feels burdened by his masculinity and domineering attitude.

Roja’s situation in the third chapter of “Summer” may be different from the other two women as she does not have a male partner and/or lover. Instead, she decides to embark on a personal journey to France in pursuit of a doctorate, which implies a kind of strength the other two women may lack. Despite all her strength and capabilities, she feels that her mother favors her brother, Ramin, who is a medical doctor. He has been her mother’s “one-of-a-kind son”; the child of the family who gets admitted to medical school after passing the university entrance exam with flying colors. Roja’s mind-set—in relation to both her status as a woman and the companions she picks for herself—looks more advanced than those of Leyla and Shabaneh. She is strong enough to decide to leave the suffocating situation of her country and choose female companions (i.e., Leyla and Shabaneh) for herself on campus. As the novel implies, this is a more progressive mind-set in comparison with Shabaneh’s, who hardly shows any love for her domineering boyfriend and, more particularly, as compared to Leyla’s, who is still enslaved by her absent lover.

The same three characters narrate the second part of the book, entitled “Fall,” which focuses on the same three characters. As the word fall suggests, in part, the three women are depicted as frustrated and embittered. They experience a downfall of their ideals, a “Fall of the Trinity.” The women resort to a variety of things to feel feminine, to survive. In the end, however, they have to succumb to a sense of lethargy and the ensuing bitterness. For example, Leyla throws a party because “throwing a party is the peak of femininity. After all this time, I wanted my femininity back,” and “All of this [cooking, throwing a party, and doing the related chores] sounded like liberation, not worries.” In an interior monologue, she still defends her decision to stay in Iran and not follow Misagh to America. A bit later, it turns out that she is regretting her obstinacy. That is, despite all their high marks, they still feel defeated and disillusioned.

Although it seems the entire Feminine Trinity aims at extricating the women from domination by or dependency on men, in the “Fall” part of the novel, the reader can see that these efforts are fruitless. For instance, this is what Leyla tells Misagh when she addresses him in her own imagination: “You were my opium, and I was in withdrawal.” Still, Leyla is emotionally better off than the other two women until, of course, Misagh abandons her. This dependency is not mutual. Misagh does well in America after leaving Leyla. Shabaneh also tries to extricate herself from Arsalan, who is doing well in both his job and his personal life. It is possible to regard what Leyla tells Shabaneh as the gist of the “Fall” part of the novel: “The time for our big dreams and foolish joys is over. What do you think life should be like? It’s just a bunch of small, regular things. If we are to be happy, we have to be happy with small things.” In the end, Roja sees that of all the people and things around her, only Shabaneh and Leyla have remained with her: the Feminine Trinity should rely on itself.

Marashi’s architecture of the novel is linear and symmetrical. Whereas this architecture makes the characters palpable and the events digestible, it also makes the story somewhat predictable. So much so that toward the end of “Summer,” one can fairly easily guess that in “Fall” things will change and not for the better. Marashi also transitions smoothly from one passage to another and from one memory to another. She achieves this by juxtaposing similar sentences and resulting associations:

“Get up, my love. Get some matchsticks so we can light the candles.”

“Get up, Shabaneh. Let’s go have some tea,” Roja says.

The first sentence above is the narrator’s father addressing her at home whereas, in the second one, it is her workplace colleague who is talking to her.

Throughout the novel, the narrators’ descriptions are mostly detailed and meticulous, their tone low-key and nonchalant. The descriptions narrate the incidents taking place immediately around them. However, on page 69, employing a not-so-plausible method, the narrator, who is looking at Tehran from the top of the mountains, starts conjecturing on what might be transpiring in various corners of Tehran to different people without being near enough to them to have a veritable first-person insight. Marashi does this by writing sentences that include “perhaps” and “maybe,” comparing the lights of Tehran with the stars. This flight of fancy abruptly halts just as it had abruptly begun. It is as though “Fall” were dropped between two invisible parentheses, which the writer inserted in the middle of her telling of Shabaneh’s relationship with Arsalan without changing anything.

If it is true that “Summer” speaks to the apogee of the three women’s power whereas “Fall” suggests a nadir of the same, should the reader expect a more upbeat tone and pace in the former part, to make the distinction between the two parts more palpable? Were it true that all three parts under “Fall” demonstrate a decline, a downturn from promising situations and aspirations developing in “Summer,” what seems like a downturn or decline for the three women is actually a beginning for them to gain agency and independence.

What seems like a downturn or decline for the three women is actually a beginning for them to gain agency and independence.

Both structurally and thematically, the novel is predictable. There may be one possible explanation for this predictability: the novel is not meant to give us a surprise ending, a twist the reader is unaware of. Like Greek tragedies, the outcomes of which were already known to the spectators, I Will Be Strong for You is there to instill in the reader the feelings and the moments that will lead into the destined and inevitable surrender to defeat. If that is the case, however, the novel should be more than a monotonous and passive moaning about daily events; there should be ups and downs, twists and turns to keep the reader interested, similar to the plot twists in Greek tragedies. There is, however, one point that I think totally justifies this monotony: inside the three women, there are constant tumults and storms of objections, however, these same stormy inner protests turn into very mild responses, if not absolute silence or passivity, when they utter them.

Presumably, this painful reduction from stormy protests to subdued moans is the result of the invisible, albeit cumbersome, weight of overruling patriarchal traditions against which the three women desperately struggle. I believe the original title of the novel, Paeez Fasl-e Akhar-e Sal Ast (i.e., “Fall Is the Last Season of the Year”), speaks better to this overall submission and reduction than the title chosen for the English version. The above point on translation notwithstanding, the English version of the novel reads very smoothly; it does not give the reader the feeling of being a translated text. This is not an easy achievement especially given the detailed, concrete, and culture-based descriptions with which the text abounds. Babak Mazloumi is an Iranian literary translator and critic. He has translated works by Robert Coover, Dave Eggers, Steven Galloway, Ismail Kadare, and many other writers into Persian. His critical essays have appeared in both Iranian and American journals. He is currently a PhD candidate in comparative literature at the University of California, Irvine, working at the intersection of literary theory and translation studies.