If men and women reappraise the stories of masculinity they’ve received in texts by male authors, we all might better understand the stories we have.

In the first version of William Faulkner’s novella The Bear, published in 1942 in the Saturday Evening Post, a ten-year-old boy in Mississippi goes on an annual hunt with the men and servants of his family and learns of a legendary oversized bear that has terrorized and enticed hunters in Yoknapatawpha County for years. On that first trip, the boy nearly encounters the bear three times: he hears a difference in the hunting dogs’ barking as the bear passes their camp; he finds its footprint in a rotted log the next day; finally, he senses the bear—but doesn’t see or hear it—as he mans a hunting stand alone in the woods.

In the following years, obsessed, the boy circles ever closer to the bear until, finally, when he’s fourteen years old, “a better woodsman than most grown men,” he twice meets the bear with an opportunity to kill it. The first is in the fall, when he has a clear shot as the bear crosses the woods in front of him. Then, at the story’s climax, the next April, the boy finds himself face-to-face with the bear, so close “he could smell it, strong and hot and rank.” But instead of shooting, he throws his gun away and rushes to save his small hunting mutt, which is running straight to the bear with no sign of stopping.

“You’ve done seed him twice now with a gun in your hands,” says Sam Fathers, the boy’s half-Black, half-Indian mentor. “This time you couldn’t have missed him.”

“Neither could you!” the boy replies defensively. “You had the gun! Neither did you!”

The process by which the boy is able to get to that point—able to track the bear and find him at will, within a day or two of entering the woods—is counterintuitive for a hunter. In his second year in the woods, when the boy is eleven, he spends days searching for the bear but doesn’t see him. “It’s the gun,” says Sam Fathers.

So the boy goes into the woods alone, armed with only a pocket watch, a compass, and a stick to ward off snakes. Eventually, he realizes that even these things are hindering him:

He thought, All right. Yes. But what? and stood for a moment, alien and small in the green and topless solitude, answering his own question before it had formed and ceased. It was the watch, the compass, the stick—the three lifeless mechanicals with which for nine hours he had fended the wilderness off; he hung the watch and compass carefully on a bush and leaned the stick beside them and relinquished completely to it.

To find the bear, he can’t “fend off” the wilderness; he has to welcome it, even if, in doing so, he risks getting lost.

Rebecca Solnit opens her 2005 book A Field Guide to Getting Lost with a question: “How will you go about finding that thing the nature of which is totally unknown to you?” For Solnit—and for the boy in Faulkner’s The Bear—the answer is arduous uncertainty and openness to experience. She calls this “getting lost,” and “never to get lost,” she writes, “is not to live.”

Getting lost for Solnit doesn’t just mean exploring or venturing out into the unknown. Instead, it’s a form of surrender and specifically involves disarmament.

Mind you, getting lost for Solnit doesn’t just mean exploring or venturing out into the unknown. Instead, it’s a form of surrender and specifically involves disarmament. Solnit traces the etymology of the word “lost” to the Old Norse word los, which she tells us means “the disbanding of an army,” a “truce with the wide world.” Reading Solnit’s essay, Faulkner’s boy protagonist’s decision to throw down his gun, and then abandon his compass, takes on a new resonance.

What do we gain when we read The Bear alongside A Field Guide to Getting Lost?

At first, the two texts seem uneasy companions. Solnit is the feminist author of the viral essay “Men Explain Things to Me,” and Faulkner’s writing shows little concern for gender equity or the female experience. The Bear itself presents a world of hunting camps, paneled studies, and whiskey, “that brown drink which not women, not boys and children, but only hunters drank.”

Throughout The Bear, Faulkner equates being a hunter with being a man, so the boy’s progress in tracking the bear and his courage in facing him signify a coming into manhood; the mentorship of the character Sam Fathers is a perhaps-too-on-the-nose marker of that transition. Thinking of conversations he grew up listening to in his father’s study, the boy remembers, “It was of the men, not white nor black nor red, but men, hunters with the will and hardihood to endure and the humility to survive.” There’s not a single female character in the book.

In a 2015 essay, Solnit critiqued an Esquire list of “80 Books Every Man Should Read.” Seventy-nine of the books on the list—including Faulkner’s As I Lay Dying—were written by men. The lesson, Solnit says, is that “books are instructions, you read them to be a man, and that’s why men need their own list.”

A healthy book culture, she argues, would provide “instructions in extending our identities out into the world, human and nonhuman, in imagination as a great act of empathy that lifts you out of yourself, not locks you down into your gender.”

Instead, too many books on the Esquire list give us “instructions on why women are dirt or hardly exist at all except as accessories or are inherently evil and empty. Or they’re instructions in the version of masculinity that means being unkind and unaware, that set of values that expands out into violence at home, in war, and by economic means.”

The Bear fails in the first way but not the second: while it presents a world where women hardly exist or matter at all, it also presents a more expansive, kinder and more aware version of masculinity. But that’s not easy to see without Solnit’s help. “Men tend to shoot, get shot, push off, move on,” writes Joan Didion. “Women pass down stories.” The Bear subverts that formula, and A Field Guide to Getting Lost brings that subversion into relief.

We can also ask what we lose when we don’t read Faulkner with writers like Solnit. What happens when we let Faulkner stay in his boys’ club?

One thing we lose is a sense of what Megan Mayhew Bergman has called “the feminine heroic.” Writing in the Paris Review in 2017, she asks if we can “imagine if emotional dexterity and agile compromise were valorized as much as stoicism and physical strength?” She calls for literature that values “nurture over conquest, peace over violence, conservation over exploitation.”

What happens when we let Faulkner stay in his boys’ club?

Another answer is we lose opportunities for men to become better readers of women’s stories. The critic Annette Kolodny writes, “Men will be better readers, or appreciators, of women’s books when they have read more of them (as women have always been taught to become astute readers of men’s texts).” But another result might be men and women reappraising the stories of masculinity they’ve received in texts by male authors, too.

In other words, we all might better understand the stories we have. The importance of this is apparent in The Bear itself: when the boy tells his father about his last encounter with the bear, the father doesn’t see his refusal to shoot as a relinquishment of violence. Instead, he sees it as a postponement or even prolongation of the violent act. The father recites the second stanza of John Keats’s “Ode on a Grecian Urn,” emphasizing the lines “she cannot fade, though thou hast not thy bliss, / for ever wilt thou love, and she be fair!”

To the boy’s father, in other words, his son’s refusal to shoot is, like the urn, an immortalization of a moment of arousal, of a threat of conquest linked to desire. If never consummated, that violence is always about to be. Keats’s poem is also a work in which the possibility of female desire and subjectivity is quite beside the point. Faulkner loved the poem. “The ‘Ode on a Grecian Urn’ is worth any number of old ladies,” he mused in an interview.

But it’s a bad model for the boy’s experience in The Bear. The boy’s father describes the poem as a freeze-frame of “the ancient and unremitting contest by the ancient and immitigable rules which voided all regrets and brooked no quarter.” In the boy’s encounters with the bear, the contest has been remitted, the rules have been mitigated, and quarter has been brooked, on both sides: not only did the boy avoid killing the bear, the bear also passed up multiple opportunities to kill the boy.

In her book Desert Cabal, Amy Irvine responds to the naturalist Edward Abbey’s exhortation to learn to live like men. “What did you mean, ‘to live like men’?” she asks. “Of course you meant we should quit racing like lab rats toward sugar, to fill every moment with tributes to all things temporal. And of course, you meant let’s not fill every acre with reminders of our species. But were you also contemplating our urge to fill the other side of the bed or the unclaimed stool in a bar?”

She’s identified the impulse that leads to lists like Esquire’s, and to popular blindness to Bergman’s “feminine heroic.” It’s the same impulse that governs the world Faulkner created in The Bear and that leads to the distance between the boy’s experience of the events of the story and his father’s interpretation of them.

“For parity’s sake, let’s find out what it means to live like women,” writes Irvine. It’s not just for parity’s sake, though—it’s for our sake, as readers and writers, and for the sake of our stories. 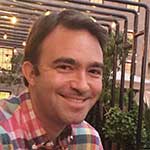 Franklin Strong completed his PhD in comparative literature in 2015. His writing has appeared at the Latin American Literary Review, the E3W Review of Books, The Millions, and Ploughshares.org, among other places. He currently teaches writing and lives in Austin.