“I’ll lay down my life for you all”: Poetry and Activism on the Streets of Myanmar

When I last visited Myanmar in 2013, it was to participate in the Irrawaddy Festival to launch Bones Will Crow: 15 Contemporary Burmese Poets. Soon after arriving, I realised the festival was somewhat dubious. They put me up in a colonial relic called the British Club, and the festival itself was organised by the then–British ambassador’s wife, who often kept separate the international from the local writers. Aung San Suu Kyi was the festival patron and has since fallen far, in effect having denied the Rohingya genocide. Since the February 1 military coup, she has been in captivity, her location unknown. At the festival, Aung San Suu Kyi talked about Wordsworth and Oxford over Myanmar literature to a crammed ballroom of over a thousand people. As she did so, taking advantage of the attention diverted elsewhere—it was the country’s first ever international literature festival—the military (also known as the Tatmadaw) decided to stage their own conference, albeit in secret, where its then-various factions could try to agree on how democratic-seeming they wanted to appear to the West. Tragically, years later, we are now seeing the results of this hidden ballot.

On my last night in Myanmar, a leading poet and friend prophesised: “If Aung San Suu Kyi and the NLD party doesn’t work out, the country will slip back fifty years.” Given the worsening and escalating situation, this appears to be what is happening. The people of Myanmar, who have survived decades of militaristic, state-sponsored brutality, are now being killed on streets up and down the country. And yet they continue to protest defiantly and peacefully; indeed, the protest itself gathers strength. The demands of the protesters are unequivocal and repeated each day; they are simply asking for a reversal of the coup and a reacknowledgement of NLD’s landslide victory last November. The protests dovetail as a national strike, and, interestingly, some placards scrutinise the unofficial backers of the coup, China and Russia. Their involvement is one of the reasons the West is sitting back, watching the bloodshed whilst publicly condemning it, feebly sanctioning the Tatmadaw who are clearly picking up paycheques from elsewhere.

Writers as well as journalists, artists, and, of course, everyday citizens (including children) are frequently targeted by the Tatmadaw. PEN International (Myanmar) is running an active campaign, and there will be an event on May 22 as part of their Writers in Prison Committee events. Currently, I know of several writers who have either been killed or are in hiding and others who are in prison. This latter group includes Maung Yu Py, whom ko ko thett and I published in Bones Will Crow. He was arrested on March 9, and it is believed he, like other residents in his hometown of Myeik in the south, have been severely tortured. Straight after his arrest, the Tatmadaw rounded up Nayi Myeik who, as well as being a poet, is Maung Yu Py’s lawyer. Across Myanmar since February, there have been night raids on villages and towns, a constant terrorising of the people. The Tatmadaw is, once again, trying to crush the spirit of the people, employing familiar tactics that go back to General Ne Win’s brutal rule over fifty years ago. Maung Yu Py’s “trial” is scheduled in two days, and he is expected to get a minimum of two years in prison. His most famous poem opens: “Under the great ice sheet / A great country has been buried alive.”[i]

On March 3 two young poets, Myint Myint Zin and K Za Win, were killed. Both were also teachers, beloved by their students. Myint Myint Zin divulged her blood type on social media just before she died should anyone injured in the protests need a transfusion. K Za Win was said to be shielding others, including children, who were being fired upon just before he died. In one of his final social media posts, K Za Win poignantly stated: “I’ll lay down my life for you all.” The street where these poets were murdered has been renamed “Martyrs Street.” Worryingly, the current protest parallels the 1988 massacre in Myanmar, which also included a nationwide strike and protesters renaming roads. The “Martyrs Street” back then was a main thoroughfare to Shwedagon Pagoda. It was said to be so drenched in blood it could not be scrubbed clean for months afterwards. Over a thousand people, including many students, were killed. Inaction by the West encourages the death toll to keep rising amid the current protests.

Myint Myint Zin divulged her blood type on social media just before she died should anyone injured in the protests need a transfusion.

Almost three hundred people have been killed so far and more than two thousand detained or arrested. The coup terrorises entire villages and townships each day as well as shooting at unarmed protesters. And it’s not just the Burmese who are being killed. Last week the first Rohingya victim was acknowledged, a twenty-two-year-old young woman in Yangon named Ma Aye Aye Khine. Other Bama Muslims have been brutally murdered too. Earlier this month U Khin Maung Latt, a National League for Democracy (NLD) ward chairman in Pabedan Township, Yangon, was tortured to death. Awful as these deaths are, the fear is the Tatmadaw are now becoming emboldened. This week, I read of a woman who was likely pushed to her death from a high-rise building and a fifteen-year-old student shot in the head. “We won’t leave until the people are dead,” said the Tatmadaw before they killed the young boy. Yesterday the violence claimed its youngest victim, seven-year-old Khin Myo Chit, who died in her father’s arms after being shot by the military in her house. How many have to die before these protests are finally heard in a meaningful way that enacts change?

How many have to die before these protests are finally heard in a meaningful way that enacts change?

Amid the terrible violence, powerful stories of literary activism are emerging, and the protest is holding firm. Earlier this week, I watched a video of some thirty Yangon poets collaborating on a film poem whilst being out on the street.[ii] The cumulative effect of the video is very powerful, reemphasising how Myanmar poets have operated an activist poetics, as survivors, from generation to generation, massacre to coup. The following lines particularly struck me:

The flowers of winter will rage at you.
The waters of the monsoon will drown you.
For a just cause, we vow to sacrifice our blood.
We won’t let anyone take away our Spring.
– Shwe Poe Eain

Particles of a million minds join,
As a trembling yet resolute thread.
– Zeyar Lynn

Sadly, my own recent editorial work with Rohingya poets has prevented me from being able to reach out to many Myanmar-based poets I previously worked with (the Tatmadaw check phones and emails when they arrest people, faking it up as “evidence” – this is how they identified Maung Yu Py). In Myanmar, any writer mentioning the word “Rohingya” would be severely scrutinised or arrested, hearkening back to the strictness of the censorship era. Perhaps Rohingya poets themselves could have been forgiven for not acting in solidarity with the poets who did not speak up for them during the recent Rohingya genocide. And yet several poems from Rohingya poets in the Cox’s Bazar refugee camps and elsewhere show solidarity with those protesting in Myanmar.[iii] After all, it’s very much their homeland too, their families who have also been killed, imprisoned, and tortured by the Tatmadaw.[iv]

As things are, there remains a chance in Myanmar that the spirit of this revolution will prevail, given its collective strength. The Tatmadaw have unwittingly united a powerful force of unity in the country. As Rakhine poet Won Roe wrote last year: “in the air / screams echo.”[v]

Author note: I would like to acknowledge and thank ko ko thett and Ro Mehrooz for their helpful suggestions that contributed to this piece.

[iii] Several poems are to be found on the Art Garden Rohingya website. Also, recent poems by Yar Tin are of note. Interestingly, one written this week echoes the Yangon collaborative film, as mentioned. It ends: “In our country / Dictatorship and unlawfulness must end” (translation by Ro Mehrooz).

[iv] On the day I write this, large fires have swept through the Balukhali section of Cox’s Bazar, killing at least fifteen people and displacing forty-five thousand—a tragic reminder of how the Rohingya, exiled from their homeland of Arakan, continue to suffer. (Despite it being reported as one fire, I write “fires” because sources inside the camp sent me footage of two fires started at different points. This is not, in general, how it has been reported by the media.) 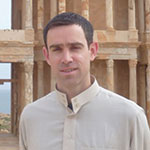