For the Child’s Sake

When a woman’s husband leaves her, she feels betrayed by her daughter, who had not been able to fulfill her duty, her purpose for coming into existence.

Merete never asked herself if she was in love with Karsten. What mattered were his feelings toward her. To be in love is a luxury that demands a certain surplus of vitality. For someone who isn’t very strong or very young, it is best to avoid it. Being in love requires a rise, a climax, and a fall, and if you can’t bear the fall, you have to be on guard. Merete’s love for her ex-husband, Robert, had taught her that foremost in every relationship is always being the one in control, the one with the clear head. She was like an animal who had been ambushed from behind, who was reluctant to be on open terrain ever since. But she trusted Karsten, insofar that she knew his feelings for her would not change, as long as she didn’t change the way she was with him. She vaguely acknowledged to herself that he would “see the light” when he “saw her as she really was.”

Perhaps she thought this way because she had never experienced the comfort and security a woman could claim from marriage. When a woman is over thirty, life ought to have made it possible for her to develop a personality from the raw materials it once put in her hands. She was expected to have a point of view, a calm comportment; she ought to have found her element and be in harmony with herself. And preferably have a person she feels safe with, someone on whom she can lean her forehead in the twilight after a long day and whisper tired and tenderly, “You know, we’re getting old”—someone who views her years as a wiser glint in her eye, her more profound smile. A person has to be at ease in order for the best of their nature to develop and be of use to others.

She sat like a spider in her web, arranging the threads with her tired hands.

Merete had forgotten that this comfort and ease existed. She had even forgotten her yearning for it. She sat like a spider in her web, arranging the threads with her tired hands. And when she found the struggle demeaning or hopeless, she whispered over the man’s shoulder, or over her typewriter, or to her own made-up face in the evening mirror: for the child’s sake, just for the child’s sake. And these oft-repeated words made her tired face lonely, stiff, and genuine, until she could no longer remember that these words were also Robert’s, and that she had heard them for as long their child had existed.

Back when Merete was pregnant with Birgit, she had thought that when the baby was born, everything between her and Robert would improve. And when he held the helpless, kicking infant in his arms for the first time, it was as if he were evaluating her own crazily pounding heart, feeling its curious weight in his narrow, cool hands. Should he keep it or throw it away? And when he smiled his charming, boyish smile and said, “What a strange feeling to be responsible for such a new little being,” she started to love her baby proportionately to its increasing or decreasing ability to bring her closer to Robert. She washed and dressed the baby gently, using her as an ornament, and became alarmed when the girl was sick, just as she was alarmed at Robert’s friendly indifference. When he placed their daughter on his lap and played with her, Merete attentively followed his movements with adoring, stirring looks, and always eagerly reinforced their need for one another: “Ask Daddy . . . Show Daddy your new dress . . . Ask Daddy to stay home tonight . . .” And to him: “Birgit will be sad if you go out again tonight . . . Have you noticed how that child worships you? . . . When she wakes up in the morning, she always asks about you first thing . . .”

Motherly love is a relative term.

Motherly love is a relative term. Of course Merete was under the impression that she loved her daughter. What other choice did she have? Was she an evil person or a bad mother? She was proud of Birgit’s dark eyes, her long, graceful arms and legs, and her pure, matte complexion, in the same way that she was proud to be married to a man who was coveted by half the women who met him. But with the passing of years her impression of her daughter had unnoticeably become synonymous with her impression of Robert, so that the girl at times seemed to her an incredible, living hope about getting him back, and at other times a bitter reminder of what had been and would never come again. It was as if the child were created out of her deep need in her distended body, when it no longer was able to hold onto her lover by itself. And when Robert left her, she felt betrayed by her daughter, who had not been able to fulfill her duty, her purpose for coming into existence. And in that initial awful period, until he came back that first time and was incomprehensibly the same as before and caressed her pain with his loving smile, and with his calm, refined voice spread a false and ephemeral fog over her depression, she had almost hated the ever-present child, who suddenly seemed superfluous and problematic in a life without Robert.

But later Merete was able to convert the ten-year-old child into her friend and confidante. When she came home in the evening, when she needed someone to talk to, here was this lovely, friendly child, with whom she had so many memories in common; a gentle, good listener, in whose eyes she saw adoration, which could quickly change at a second glance. And this accommodating, serious little person became for her a daily habit and a necessity. So it was easy for Merete to convince herself that she loved her—and even easier to get the child to believe it.

Translation from the Danish

Editorial note: From chapter 9 of Ditlevsen’s For Barnets Skyld, (Gyldendal, 1946). You can read Michael Favala Goldman’s essay about discovering Ditlevsen’s work and translating it in his essay “Treading a Fine Line: On Translating Tove Ditlevsen’s The Gift.” 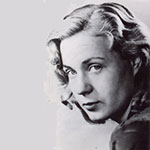 One of Denmark’s best-known writers, Tove Ditlevsen (1917–1976) is the author of many books, including the autofiction The Copenhagen Trilogy, available in English translation. 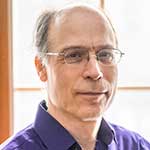 Danish translator Michael Favala Goldman (b. 1966) is also a poet, jazz clarinetist, gardener, and educator. Over 140 of Goldman’s translations and poems have appeared in dozens of journals such as the Harvard Review and the Columbia Journal. His translation of Dependency, by Tove Ditlevsen, is the third book in The Copenhagen Trilogy (Penguin Classics / FSG). His fifteen books include his own original poetry and works by Knud Sørensen, Cecil Bødker, Suzanne Brøgger, Benny Andersen, and others. He lives in western Massachusetts.