Flamingo #13 of the Caspian Sea

Flamingo #13 may have been the most beautiful flamingo in the world the villagers had ever heard of. All throughout the year, there was talk of it everywhere. Whenever its name came up, everyone who thought himself clever made it seem as if he had seen it up close or captured it in his trap, only to release it later on. Even Arshad, the son of one of the village trappers, claimed one day that he had caught it; but when the chief of police questioned him about it, he took it back and said he lied. He explained he only said it to impress the miller’s daughter.

Flamingo #13 was one of the protected avian species of the Caspian Sea. There was a metal band around its leg, engraved with the number 13, indicating that it was illegal to hunt it. Other than Solomon, the famed village trapper, no one had seen the flamingo up close. Its mythical status was also a result of his exaggerated descriptions. People trusted Solomon. They had heard fewer lies out of him. He was a middle-aged man, tall and muscular. His thick mustache meant he had a more masculine-looking face. He had said things about this bird that people turned into tall tales, none of which was based on fact.

People trusted Solomon. They had heard fewer lies out of him.

Solomon had seen the bird for the first time about three years ago on the shores of the Caspian. That day, after failing to score a catch in the fields or plantations, he went to the seaside—lest he go bird-hunting and come back empty-handed—when he realized that a beautiful flamingo was walking on the sand just a few steps away from him. It was entirely white, as if it had been carved from snow. Its eyes were small and encircled in enchanting blank rings. He was mesmerized. His finger didn’t move to the trigger. Even though later he would say he didn’t fire because hunting it was illegal.

In any case, Flamingo #13 became part of the popular lore and flew on the highs and lows of their fancies. No one else was supposed to hunt it, since it was treated in accordance with the law. Besides, given its number, the majority of people believed whoever caught it would bring misery on himself.

Despite all this, now that the sea birds had returned with the arrival of autumn, Solomon decided he was going to catch that bird no matter what. It was as if catching that bird encompassed the entirety of his ambition. Three years he fought with himself to forget it, but he couldn’t. He thought that, as long as the bird was alive, his life had no meaning. He never talked to anyone in coffeehouses about his catches anymore. The feeling that made him think constantly about the flamingo had turned into a menacing wolf. Inside of him, it sprang up, pounced, and ripped something to shreds.

Flamingo #13 became part of the popular lore and flew on the highs and lows of their fancies.

Solomon wasn’t the same Solomon anymore. His behavior had changed; nothing mattered to him except catching the flamingo, not even his wife and child. On the cloudy afternoon of that ill-fated day, when the saddest page of his life story was written, neither his wife’s words nor his eight-year-old daughter’s pleading looks had any effect on him as he walked out the door. Without even noticing them, he picked up his rifle and set out. He decided that, until he caught his prey, he would not return.

He had a difficult afternoon ahead. Maybe he knew that, too. His thoughts were scattered. When he came back to himself, he found himself in a bed of reeds on the shore, oiling his gun. After he finished, he hid in a good spot so he could spring up and fire when the flamingo showed itself.

Hours later, the beach was covered in birds’ feathers, birds that he’d thought were the flamingo. But none of them was the bird he wanted. It was getting dark. His eyes grew black. His gaze was fixed on the sea when the beautiful flamingo appeared like a moon in his line of vision. A flash of joy came into his eyes. It was the one. No time to waste.

Solomon’s gaze was fixed on the sea when the beautiful flamingo appeared like a moon in his line of vision.

He took the bird into his sights and placed his finger on the trigger. He closed his right eye so he wouldn’t miss, but when he pulled the trigger, no bullet fired. He suddenly realized he’d fired so many rounds he was out of ammunition.

He placed the rifle on the ground and slowly made his way out of the reeds. He kept low and moved forward carefully. He tried not to make even the smallest sound, but the sand made noise under his feet. The flamingo sensed the presence of danger and, with a quick swoop, dove into the water. Solomon persisted. What he wanted was within reach.

Now he was swimming after the flamingo in the open sea. The flamingo kept moving forward. Its beauty had been amplified several times over by the wide expanse of black water.

“I’ll get you in the end, you bastard! I’ll follow you to the ends of the earth.”

Solomon chopped through the water angrily with each of his strokes.

By now it was completely dark out, and if not for the white of the flamingo’s body, he certainly would have been lost at sea. The flamingo distanced itself from him, and he distanced himself from the shore.

Without warning a huge wave rolling in from afar picked up the flamingo and tossed it toward him. He was ecstatic. He stretched his hand to grab it, but when his hand reached the bird’s leg, he didn’t know what happened. He felt like he couldn’t breathe. He was underwater with the flamingo.

A year later, Solomon’s wife, who thought that he would return with some birds, saw a flamingo in the yard one morning that seemed very familiar to her. There was no tag on its leg and it gave off a masculine scent. Their eyes locked. Her heart pounded. Her veil slipped down to about her shoulders, and innocent tears welled up in her eyes.

It was just another autumn day.

Editorial note: From A Cottage in the Snow-Covered Field (2014). 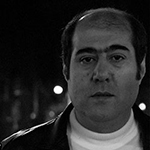 Rasool Yunan is an Iranian poet, novelist, playwright, and short-story writer. Born in Urmia, Iran, in 1969, Yunan rose to fame for his poetry collections, but he has turned toward microfiction in his latest collections: You Were Late So We Ate Dinner, Careful, Don’t Hit Your Head on the Chandelier, and A Cottage in a Snow-Covered Field. His most recent publication is a 2018 best-selling novel entitled The Journey Was Long So We Spoke of Love. 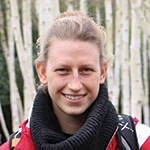 Michelle Quay is currently visiting lecturer of Persian at Brown University. She holds a doctorate in Asian and Middle Eastern Studies from Pembroke College, University of Cambridge, and her translation work has appeared in Words Without Borders, Two Lines, Asymptote, and eXchanges, among others.