The Taliban have faced censure from Twitter users after displacing hundreds of Hazara families from Daykundi and Balkh provinces. In response, the group announced that they have made the necessary arrangements for Hazaras to be permanently resettled in Hell.

Khalil-ur-Rahman Haqqani, the Taliban’s minister of immigration, told a reporter from the “Afghanistan, My Heart” YouTube channel that the Taliban, along with the help of the International Organization for Migration (IOM) and the UNHCR, would offer these services free of charge. Haqqani expressed hope that the Taliban would be able to transfer all Hazaras to their new homeland by the end of the year.

Responding to the reporter’s characterization of Hell as an undesirable location, Haqqani said, “the Hazara-populated areas are mountainous and cold. For years these people have longed to take up residence in a warm region. Now the Taliban is prepared to realize the dream they’ve always had. Hell is hot. There is no need there for firewood, coal, or gas. Hazaras could enjoy such weather indefinitely.”

He added that this package includes culinary options such as hot tar and the impossibly bitter fruit of the infernal Zaqqum tree, which are offered to Hazaras every morning and evening.

The Taliban spokesman Zabihullah Mujahid described criticism on Twitter of the Taliban’s new plan as faithless attempts to blacken its image. He lamented that people even interpret the Taliban’s acts of compassion as cruelty and oppression.

Mujahid said that within a few years, Tajiks might go to Tajikistan and Uzbeks to Uzbekistan, leaving the poor Hazaras without a place to go. If the Hazaras were sent to a suitable place now, it would prevent a terrible tragedy in the future.

The conditions of Hell are no different from Hazarajat, the Hazara-populated region.

Registration for immigration to Hell is said to have begun in Hazara-populated areas of Afghanistan, and over the past three days more than ten thousand Hazaras have signed up for this process.

Hussain Ali is one of the residents of Daykundi who signed up to immigrate from Kabul and has been waiting for two days with his children for a flight to Hell. “Hell’s good. The banks are open and Western Union still provides money transfer services. Maybe one won’t die of hunger,” he said.

With tears of joy in his eyes, Ali thanked the United Nations and asked the organization to continue its hollow condemnations of the human rights violations in Afghanistan. 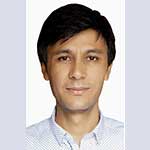 Musa Zafar is a prominent human rights activist and satirist from Afghanistan; forced to live in exile since 2016, he is currently living in the Republic of Fiji. He has been writing satire columns for different Persian newspapers and online magazines since 2013 and has been critical of political, religious, and cultural inadequacies. He is allergic to plastic shopping bags, plastic bottles, and people who think they are following the world’s only true religion. 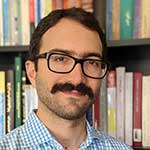