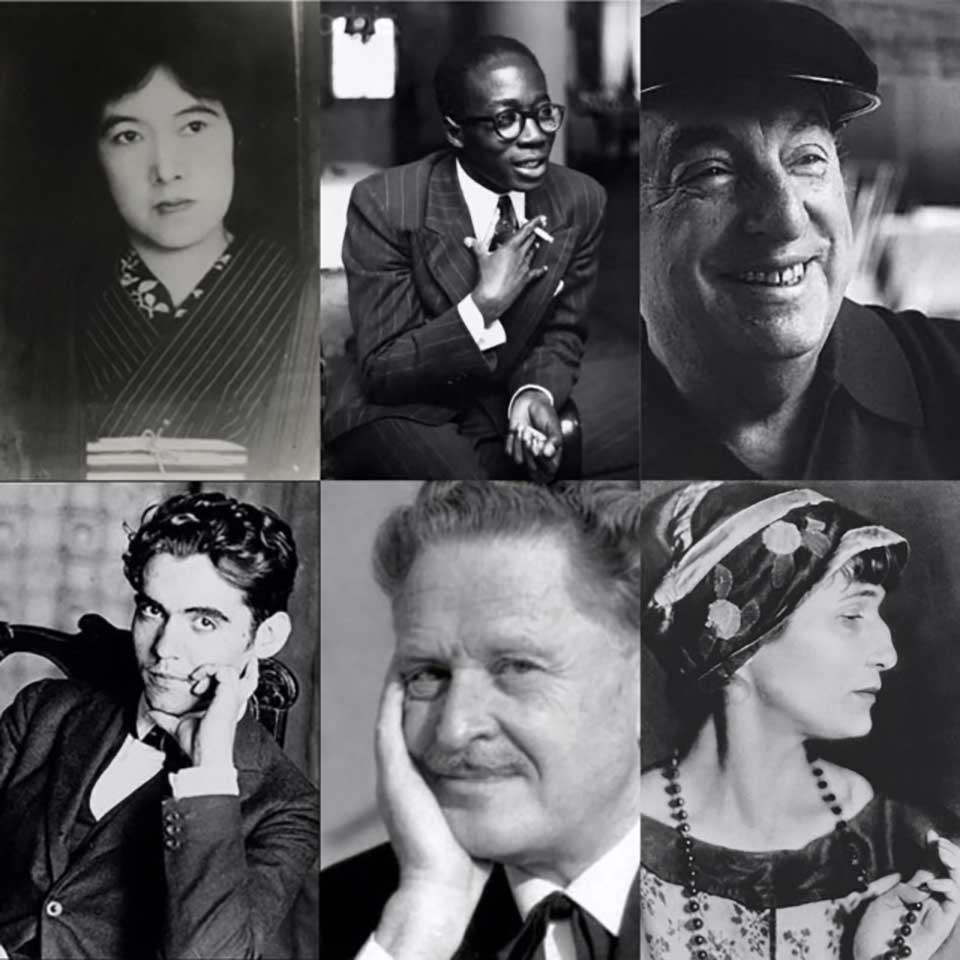 Beginning October 7, the Catamaran Center for the Literary Arts will offer a Zoom class called Around the World with Six Poets. The following interview with the instructor, Zack Rogow, previews the class and the poets covered in the curriculum. For information on the class, please visit the Catamaran website.

Sam Simmons: How did you choose the poets in your class?

Zack Rogow: I chose poets from every continent except North America. The poets all write in languages other than English. I selected those writers because, in the English-speaking world, we tend to be less familiar with international poets. To me, it’s often more fascinating to learn about writers in other parts of the world and what we can gather from their different perspectives and experiences.

Simmons: Who are the poets covered in the class?

Rogow: Some of my favorite writers: from Japan, Yosano Akiko. Anna Akhmatova from Russia. Federico García Lorca of Spain. Pablo Neruda from Chile. Léopold Sédar Senghor of Senegal. And last but far from least, Nazim Hikmet of Turkey.

Simmons: Why is it important to read these poets at a time when we’re facing such immediate crises in the world?

Rogow: Many of the crises that are happening now have their roots in political and social developments that these poets were already reacting to in their own times.

For instance, Léopold Sédar Senghor led his country of Senegal to independence, partly in response to a kind of Black Lives Matter movement in West Africa. Senghor’s generation responded to French troops killing their own Black soldiers at Thiaroye, after World War II. It’s important to see that protest movements to value Black lives can have productive results.

The rise of authoritarian governments is also something that many of these poets coped with and responded to in their writing, in powerful and effective ways.

Simmons: How will this class cover the literary and historical contexts of these poets?

Rogow: The class will include PowerPoints that I’ll share on the screen, providing background about the artistic and political movements that these writers interacted with. In the discussions, we will also relate the poems to the currents that these poets were part of.

Rogow: I’ll play samples of the poets’ work in the original language, so you can get a flavor of the music of the poetry. In some cases, I’ll include more than one translation, so we can discuss the choices that translators make, and what they might leave out, for example.

Simmons: How will the class interact with the material in the course?

Rogow: There will be discussions where you can share your own thoughts on these writers with people with common interests. I’m also going to include optional writing prompts for inspiration, for those who want to write creatively based on the work we’re reading.

Simmons: So, who is this class open to?

Rogow: It’s open to anyone, anywhere, via Zoom. The hours are Wednesdays from October 7 to November 11, 2020, from 5:30–7:30pm Pacific time (8:30–10:30pm Eastern time), so it should be accessible all over North America, at the least. I should mention that there is a fee for the class. I hope you can join us for this whirlwind world tour of some of my favorite poets! 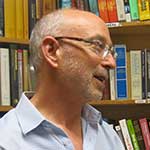 Zack Rogow is the author, editor, or translator of more than twenty books or plays. His play Colette Uncensored had its first staged reading at the Kennedy Center in Washington, DC, and ran in London and San Francisco. He serves as a contributing editor of the Catamaran Literary Reader. 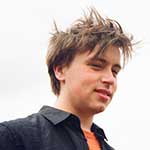 Sam Simmons is a writer from San Jose, California. He is currently a senior at the University of California, Santa Cruz, majoring in literature.