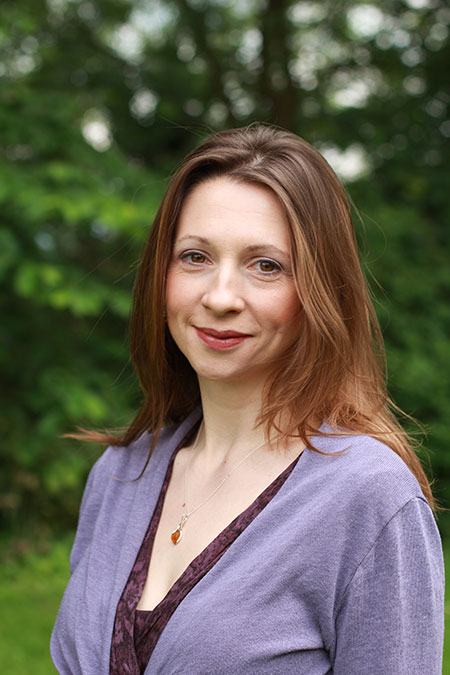 What if New York Review of Books blogger Tim Parks is right that international literature is becoming homogenized? It’s a scary thought. And on the cusp of that thought stands the trend of readers looking for books from beyond their own borders, opting for more colorful reading. British writer Ann Morgan is among that trend. After a year spent reading 196 international authors, she formed global bonds with readers, publishers, editors, translators, and writers, then wrote about it in The World between Two Covers. I took some time from my own colorful reading to discuss her efforts and her book with her.

Nichole Reber: One of the books we’ve both read is Smile as they Bow, by Nu Nu Yi, translated from the Burmese by Alfred Birnbaum and Thi Thi Aye. The novel centers on Daisy Bond, whom you rightly call “easily one of the most irreverent and fabulous literary creations you are ever likely to meet.” It’s also the first novel by a Burmese writer living in Myanmar to have been translated and published in the US and was shortlisted for the Man Asia Literary Prize, “despite the best efforts of the Myanmar authorities to suppress it.” One of the things I found fascinating about that book was the saucy language, which surprised even my ears. It often made me wish I could sit between the author and the translator and somehow suss out how they mediated the native language between them. Another thing was its almost satirical, definitely eyebrow-raising take on the Taungbyon Festival, a massive religious celebration that happens thrice annually in a small village near Mandalay. Beyond the homosexuality, which elements do you think would set off the government censors?

Ann Morgan: Gosh. I’m afraid I can’t really answer this question, not being part of the Burmese government. The things that trigger censors can be very varied and often apparently illogical to outside observers. I remember hearing from writers who lived through the Soviet era about how baffling some of the decisions were about what could be published and what would be cut. One writer from Turkmenistan, Ak Welsapar, who has lived in exile for more than twenty years after his work was banned shortly after the breakup of the USSR, told me that his decision to move away from journalism into fiction writing was prompted partly by the greater freedom fiction afforded to deal with proscribed topics. He talked about using “Aesopian language” in his work to deal with issues that would otherwise be forbidden. But even with his expertise at playing cat and mouse with Soviet censors, he had to leave eventually.

NR: You read a graphic coming-of-age novel from Guyana and wrote a blog post about it entitled “Guyana: Sex and how to do it.” The link between Guyana and sex was one of the most commonly used search terms taking (the wrong) people to your blog. From that you learned a lot about SEO, but your book also points out numerous instances of how social media helped you discover authors and titles from countries big and small. What advice would you give about sharing and finding global literature through Twitter and Facebook?

AM: Things are changing all the time and even now, only two and a half years on from the end of my project, there are already many more tools, forums, and networks available to curious readers. While platforms such as Goodreads can be a great way of testing out how titles have been received by other readers, you can also find a lot by following literary organizations, book bloggers, and publishers on Twitter. The best advice I can give is to be open to trying things. You’ll quickly come to know the organizations and bloggers who cover things that you like, and you can take it from there.

I think the main thing is to bear in mind that a translation is a mediated text, with all the richness, skill, and complexity that such mediation can involve.

NR: Projects like our years of colorful reading yield new respect for translation. You raise some important points about reviewing translated books: “Should we erase the original writer from our thoughts? Are we even allowed to mention such things as tone and style, given that we can’t know at which point they crept into the piece?” What, then, have you decided to do when reviewing translations?

AM: I think it’s something you have to approach sensitively and on a book-by-book basis. If there is a magic formula for discussing translations in reviews, I have yet to find it. Being conscious of the extra layer is important. Sometimes, particularly when a book is inventive or unusual in its use of language, it’s possible to appreciate some of the lengths the translator has gone to. But I think the main thing is to bear in mind that a translation is a mediated text, with all the richness, skill, and complexity that such mediation can involve. 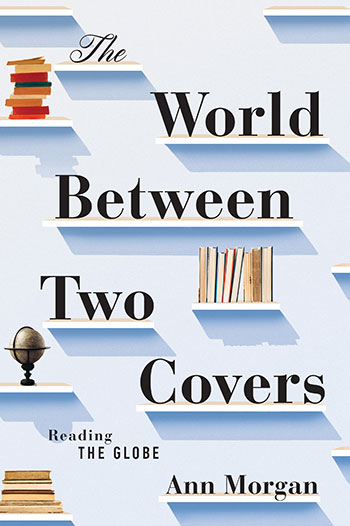 NR: Speaking of translations, books like the Bhagavad Gita or the Qur’an carry sometimes wildly different tones and meanings in the hands of various translators. Is that why you didn’t read any holy books?

AM: The number-one reason I didn’t consider any religious books is that no one suggested them for my quest. As this project was led by the recommendations of book lovers around the planet, I spent my time choosing from the titles that people put forward to me. However, I think many people would struggle to pinpoint where the vast majority of religious books are from, since, in most instances, they were written before the majority of modern-day nations came into being and, in the case of works like the Bible, had multiple authors spread around various geographical regions.

NR: “For all its boundary pushing, I don’t recall a transgender teenage boy appearing in Buffy (the Vampire Slayer),” you wrote in a chapter called “Venturing off the Beaten Track.” You’re referencing a young-adult series written and self-published by the Samoan writer Lani Wendt, which has sold thousands of copies worldwide. Your larger topic in this chapter is self-publishing and how progressive (enviably so, from this westerner’s perspective) Samoa’s and India’s self-publishing industries are. Can you give a little synopsis for those who haven’t yet read your book about how your thoughts on self-publishing changed as a result of your fantastic reading year?

AM: The truth is that, while self-publishing has been rather looked down upon in countries like the UK and US in recent decades (although it is gaining more respect now), in many parts of the planet it is the only way that writers can get their work out to the world. Some very well-known authors, such as the St. Lucian poet Derek Walcott, began their careers by publishing their work themselves. The result is that some very good books are self-published, although the unfiltered nature of self-publishing and the vast quantity of titles flooding onto the market every day can make them hard to find.

AM: Not especially, as these publications are not read by non-English-language readers. These magazines do great work, though, in opening up writers to anglophone audiences. They are another very good place to start for readers interested in venturing into more diverse literature as they give you the chance to try small samples by writers whose work you might then go on to read at greater length.

NR: One thing I’m finding as I read more books from countries that we don’t hear about every day is that they echo local lore, myths, and legends. It’s caused me to rethink the contemporary novel or memoir for what they are: evolved storytelling. Did these stories ever make you feel you were sitting around the campfire hundreds or even a thousand years ago, being taught lessons by the elders?

AM: Almost all the books I read were published within the last fifty years, so I never felt that I was traveling back hundreds of years. I did read several books that were records of oral stories told by skilled storytellers in countries like Niger and the Marshall Islands, and it was interesting to see the techniques that the editors had used to try and convey as much of the experience of the performance as possible. 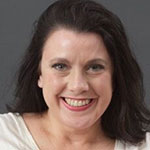 Nichole L. Reber is a nonfiction writer. Her writing about art, architecture, expatriotism, and cultural politics has earned awards by Travelers’ Tales and the Antioch Writers’ Workshop (Midwest). In India she was mugged, nearly kidnapped, and stranded on Thanksgiving Day; still, the Indiaphile hopes to return again and again. Nichole recently authored an essay on her “year of colorful reading” on the WLT blog.