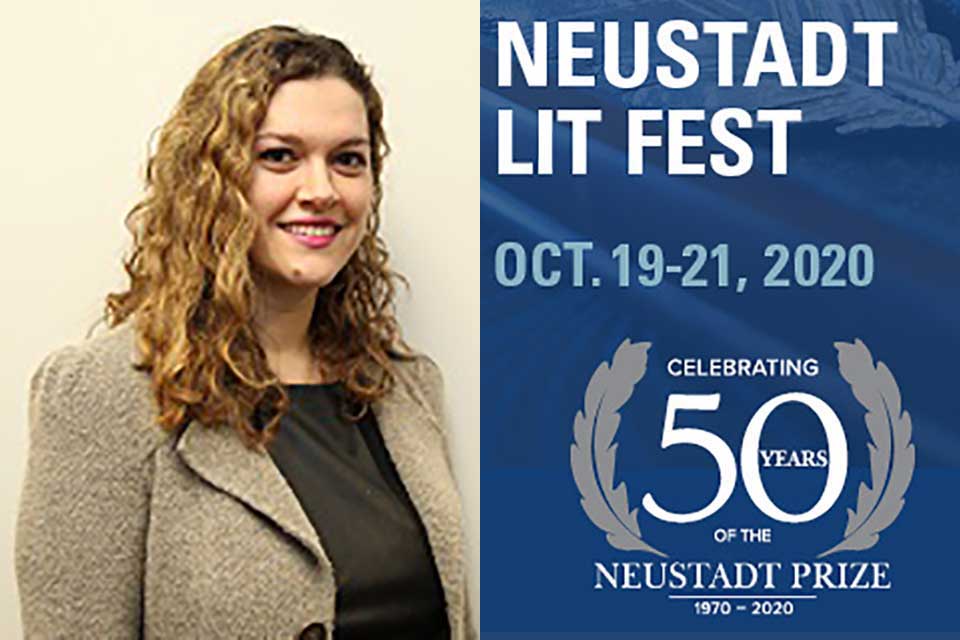 Ani Kokobobo is associate professor and chair of Slavic Languages & Literatures at the University of Kansas and editor of the Tolstoy Studies Journal. She received her PhD from Columbia University with a dissertation on the grotesque and the body in late Russian realism. She specializes in nineteenth-century Russian literature as well as Balkan modernism. In addition to working on individual authors like Tolstoy, Dostoevsky, Pushkin, Andrić, and Kadare, in her research she has also explored larger theoretical problems like representations of violence and the body in literature as well as the political significance of aesthetic styles and genres. She translated Kadare’s Essays on World Literature (Restless Books, 2018).

During the festival, she will participate in A Panel on Literary Translation and Why Should We Read Ismail Kadare?

Q: You translated Ismail Kadare’s Essays on World Literature from Albanian to English. For those only now beginning to read Kadare, where do you recommend starting?

A: I would probably start with some of his earlier novels like The General of the Dead Army, Chronicle in Stone, Broken April, and then into more complicated masterpieces like The Three-Arched Bridge or The Palace of Dreams.

Q: One of your specialties is nineteenth-century Russian literature. Did a particular book spark this interest?

A: Anna Karenina. This is a novel I’ve read over twenty times, and what I love about it is that I could enjoy and be haunted by it as a teenager and a college student, and read one meaning into it, and I can read it now as a grown woman and a Tolstoy scholar and get a different meaning from it. The novel speaks from so many registers to so many people; it is outright inexhaustible and one of the reasons I studied Russian literature in graduate school.

Q: What is your favorite Russian-to-English translation?

A: I don’t personally translate from Russian, because if I’m going to translate—and I confess I don’t enjoy translation as much as I do writing and research—I think my time is better spent on translating from the Albanian, which not many people are qualified to do. I really value the translation work of Richard Pevear and Larissa Volokhonsky and use their translations in my classes.

Q: Because you’re the editor of the Tolstoy Studies Journal, we wonder if there’s a little-known or surprising Tolstoy fact you could share.

A: I don’t think enough people are aware of the extensive activism work that Tolstoy did in his later years—he embraced pacifism but didn’t just hold the belief ideologically; he worked to help people who sought to evade the draft and were imprisoned. He advocated for these people at prisons and even used the money he made from the sale of his last novel, Resurrection, to pay for a group of Russian sectarians who objected to the violence inherent in participation in the military to immigrate to Canada.

Q: If you had to pick one translation that every college student in the US would read and discuss, what would it be?

A: Fyodor Dostoevsky’s Crime and Punishment or Notes from Underground. Dostoevsky likes to get under people’s skins, provoke them, test them ethically. It’s one of my favorite things about him, and something that young people should be exposed to.