Gustave + Florence = A Victorian Novel for the Modern Reader: A Conversation with Enid Shomer 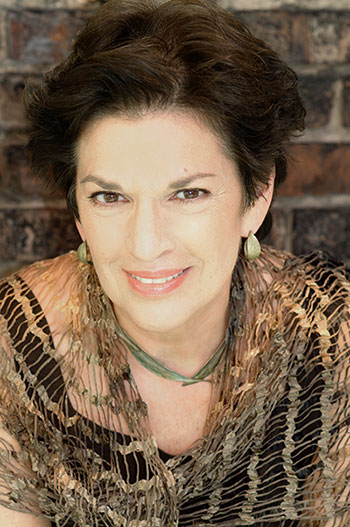 In the middle of the nineteenth century, both Gustave Flaubert and Florence Nightingale traveled in Egypt. Enid Shomer imagined them meeting, and the result is her debut novel, The Twelve Rooms of the Nile. Also the author of two collections of short fiction and four poetry collections, Shomer is a master of all forms. It is no wonder the Florida Humanities Council awarded her its annual Florida Lifetime Achievement Award for Writing. Here she talks with WLT about her work, the intriguing historical figures who sometimes appear within it, and her current projects.

Michelle Johnson: Your novel imagines Gustave Flaubert and Florence Nightingale meeting in Egypt and becoming close friends. How did this idea come to you?

Enid Shomer: I was reading a book of essays by William Styron in which he quoted from Flaubert’s Egyptian journal. The quotations were so colorful and hilarious that I determined to read Flaubert’s journal of the trip. Then, one day at the library, I found Nightingale’s book Letters from Egypt and discovered that they were touring the same monuments at the exact same moment. It seemed foreordained to me that I should write about the two of them in Egypt, about what might have happened if they had met and become acquainted.

ES: Yes, I did. One of my favorite books is A. S. Byatt’s Possession, which I read in 2000 though it came out in 1990. Another book that made a big impression on me years and years ago was E. L. Doctorow’s novel Ragtime. I think of those two as the grandparents of my novel.

MJ: How did you proceed? What research did you do?

ES: I did a lot of research, a whole lot! It took me seven years to write the book as a result of all that research. Most of it was library work, but I also visited the Nightingale Museum in London, where I saw her clothes and personal possessions, and also went to a few places in Paris that were important to Flaubert and Nightingale. I wanted to find out as much as possible about the characters in the book, all of whom are based on real people—even the minor characters. Fortunately, I had lived in Israel and Turkey and so knew the taste of the Middle East. I was not able to visit Egypt, but I figured that was okay because I couldn’t visit the Egypt of 1850.

MJ: Though you’ve created the relationship between these two gifted people and brought them, and it, to life, I suspect this rendering is based on much factual information about each. Could you talk about the role of facts in forming the characters?

ES: That’s an excellent and important question. Both Nightingale and Flaubert were prolific writers, so I began by reading what they had written. They both kept diaries, which gave me access to their inner lives as well. I tried to stay true to their personalities and to the times in which they lived. The only thing I invented was their voices, really, and that was based on their voluminous writings. Fortunately, I was even able to read Nightingale’s unpublished and very anguished diary of the Egypt trip.

MJ: I found this unlikely pairing quite believable, and I also found your resolution credible. Did you struggle much over how far to take their physical relationship and how to resolve their romance?

ES: Since I knew I wasn’t writing alternative history, I knew they would go their separate ways. I always wanted the book to be perceived as something that could have actually happened. So the big decision was whether they would actually have genital sex, and since Flaubert had syphilis, I decided he would not expose her to it.

MJ: What about the two of them makes them likely to forge a deep friendship?

ES: Well, they were both geniuses; that is the enormous thing they had in common. And being geniuses, they were also misfits. They had a great deal in common culturally because they both lived in western Europe in the Victorian Age and struggled along the same spectrum of nineteenth-century values. For example, both of them were determined never to marry.

MJ: Your writing a novel set in the nineteenth century but in a twenty-first century style reminds me of another writer I greatly admire, Andrés Neuman. (For instance, like Neuman, you don’t shy away from describing sex.) Did you have any models to look to, other writers who were bringing twenty-first-century candor to a nineteenth-century story?

ES: Yes, I very much enjoyed and admired the novel Slammerkin by Emma Donoghue. I tried to give my novel the stylistic flavor of the nineteenth century, but written for a twenty-first-century reader. So the sensibility is modern, but the sentences are longer, with more dependent clauses, and the vocabulary is definitely Victorian.

MJ: The attention you paid to Trout, Nightingale’s maid, and their relationship, seems another example of how you are telling a nineteenth-century story from a new perspective. What led you to this?

ES: Trout was one of my favorite characters in the book and the only major character I had to invent. Luckily, as I note at the back of the book, I found a diary kept by a nineteenth-century servant who was involved with a poet of the upper classes, and this woman was so fascinating, I decided to use some of the details of her life for Trout’s life. Trout is a kind of foil for Nightingale, and she was also important in dramatizing some of Nightingale’s blind spots and character flaws.

MJ: Has the novel been translated into other languages? French, perhaps?

ES: So far, it has been translated into Serbian. I wish the French would buy it! I worked especially hard to make the French language in the novel correct and apt for the mid-nineteenth century. I think it’s a pity they haven’t translated it, but my agent warned me that the French might not think an American could get Flaubert right.

MJ: In your poetry collection Stars at Noon, you bring to life Jacqueline Cochran, the first woman to fly faster than the speed of sound. What led you to this project?

ES: I was living in north Florida and read a book called The Other Florida, which mentioned Cochran. She’s one of those outstanding women who have been buried by history. I wanted to bring her back to life, so I wrote that poem biography. That, too, involved a huge amount of research.

MJ: Writing about this collection, Maxine Kumin said that “it may break the sound barrier between historical facts and passionate feelings.” How does animating a historical figure differ when you’re doing so in verse, rather than fiction?

ES: Verse is much more confining and challenging, I think, because the long narrative or epic poem is completely out of fashion these days. I also wanted the poems to be lyrical rather than narrative. In order not to burden the poems with a lot of narrative material, I introduced each section with a one-page prose summary of what was transpiring in Cochran’s life so that the poems were not weighted down with the connective tissue of the story. Essentially, the poems are written in the voices of different people, rather like dramatic monologues. Most of them are in Cochran’s voice, but we also encounter the voice of a grammar school teacher, of her biological mother, of her husband, Floyd Odlum, and a couple of others.