It’s hard to argue with Booker Prize–winning author Damon Galgut’s assertion that 2021 was “a great year for African writing.” And as WLT’s “New African Voices” issue helped make clear, 2022 is shaping up to be one as well. Here, then, are two debut novelists who give us every reason to believe the richness and variety of writing from the continent is no passing trend: Nigerian Eloghosa Osunde, author of Vagabonds!, a kaleidoscopic vision of Lagos’s outcasts and outlaws (published in March by Riverhead Books); and Kenyan Okwiri Oduor, author of Things They Lost, which captures a vivid, incantatory world through the eyes of a solitary twelve-year-old girl (published in April by Scribner).

Anderson Tepper: Eloghosa, did you set out to write Vagabonds! as a novel or as a collection of vignettes of life in Lagos that you then stitched into a cohesive whole?

Eloghosa Osunde: Neither. I set out to write a book of fiction where the individual stories were given momentum by a narrator’s perspective, in a particular sequence, to create a specific rhythm. Beyond the above categories, this book is that.

Tepper: Tell us more about the animating spirits of Lagos and particularly Tatafo, the book’s fiery, gossipy, all-seeing narrator?

Osunde: They are angels and monitoring spirits moving in favor of Eko, who is the chief spirit of the city, their creator. Tatafo is his favorite creation.

Tepper: Who are the “vagabonds,” and what is their relation to their city and Nigeria itself?

Osunde: Vagabonds are outsiders, really. In this work, that word covers whoever is classified by circumstances, law, or even death to be an outsider—from spirits to queer people to women and children to entire communities targeted and displaced by the state.

Tepper: One of the book’s underlying themes is the way characters are forced to hide or disguise their true selves, “camouflaging” their “midnight face or name.” What does it take for them to reveal their deeper selves?

Tepper: You mention several other writers in the novel, including Helen Oyeyemi, Akwaeke Emezi, and Arinze Ifeakandu. Are more Nigerian writers beginning to explore and challenge questions of sexuality and gender now?

Osunde: Yes. And it was important for me to name the writers whose work has moved me in this way. Nigerian artists are making incredible moves in every direction, and, tbh, what a time to be alive!

“Nigerian artists are making incredible moves in every direction, and, tbh, what a time to be alive!”—Eloghosa Osunde

Tepper: Besides writing, you’ve also worked in other artistic disciplines. Can you tell us more about your different creative pursuits and how they feed each other?

Osunde: I work in whichever discipline interests me at the time. I’ve done work in theater, fashion, film, music, writing; they all come from the same desire to play with form, to tell stories well, to tell them widely and to tell them to myself.

Tepper: Okwiri, Things They Lost is set in late 1980s Kenya. Tell us more about why you chose this period and roughly where in Kenya it takes place.

Okwiri Oduor: It takes place in a fictional town called Mapeli, which I imagined somewhere in the regions surrounding the Rift Valley. I imagined hills and valleys, and a rambunctious, undulating natural world. I imagined that you could walk into the woods, and then past them, to a place that was a cliff at the edge of nowhere. And there you could find a view that was so nauseatingly beautiful that you might fall over and faint. In the novel, Ayosa journeys with the Sister-Maker of Ramani, and she finds this exact place that I speak of. And for her it is too much to take in. Its beauty goes over the edge and repulses her.

As to the time, I was born in the late 1980s and grew up in the ’90s. I often looked back at that period with a nostalgic fondness. Still, in my memories, I found something foul lingered—memories of silence, disappearances, riots, strikes, tear gas, queuing up to cast ballots. A few years ago, I began to read newspapers from that time to try to make sense of these memories. What was real and what wasn’t? I suppose the novel was a continuation of that pursuit.

Tepper: The book revolves around Ayosa, a precocious twelve-year-old, and her difficult relationship with her mother, Nabumbo Promise. How does Ayosa’s fertile imagination and various wraiths and spirits (“Fatumas”) come to fill the void in her world?

Oduor: Ayosa’s mother is often absent, traipsing off on her own for weeks or months at a time, and Ayosa is left alone to fend for herself. She is a little girl who raises herself.

Yet, at the same time, she is raised by these other presences: the wraiths that come pretending to be her mother and try to snatch her away. These wraiths teach her everything she needs to know about spatial awareness and self-preservation. They teach her to pay attention to bodies—to know the weight of wrist bones and to keep a record of scars and blemishes and to listen out for the hollowness that is hidden inside cascading laughter.

This information is, for her, lifesaving. But it is also a way of seeing the world, paying attention to the textures of different winds, the slickness of bird plumage, and the way the sun scalds in one moment and caresses in the next. It allows Ayosa to survive her loneliness by being present so viscerally in the world around her.

Tepper: Ayosa has a special ability—she calls it her “Jinamezi”—to tap into collective memories and revisit painful episodes of the past. How is this power related to the history of the women in her family and community?

Oduor: “Jinamezi” is the Swahili word for nightmare. Calling it this was a way for Ayosa to find language for what happens to her during these episodes. How something comes and takes over her body, forcing her to look at unbearable images, to revisit unbearable memories—to return, in a way, to things that they lost, that we all lost. These memories ebb and flow, with gentleness and beauty, and help her understand her place in the great scaffold of pain that she comes from. Sometimes they become a typhoon, losing all gentleness and beauty, gaining great fury and terror. They drown her.

I think that each of the women in her family has her own jinamezi, her own personal nightmare to contend with. All the women have a special ability—at once a gift and a curse. They just call it by different names. For example, we see it with Nabumbo Promise, who has several lives nested inside her one life “like babushka dolls.” She sometimes falls inside herself and lives another life. It’s a gift because it allows her to live in another body far away from herself and her pain. But it’s a curse, too, because she always comes back and finds herself waiting, her broken and scarred body, and is dismayed that nothing is ever solved by all her running away.

Tepper: In the novel, you mention other authors and books, including Zora Neale Hurston and Their Eyes Were Watching God. Your own inventive language seems to echo Hurston’s. Was her work important to you?

Oduor: Zora Neale Hurston is among the writers whose work I consider a kind of home. I return to them often, seeking counsel for both literary and nonliterary matters: how to craft haunting characters or a narrative universe that roils under one’s feet. But also how to live—and love—in a way that is sincere, voracious yet capacious.

“Zora Neale Hurston is among the writers whose work I consider a kind of home.”—Okwiri Oduor

Tepper: You won the 2014 Caine Prize for African Writing for your story “My Father’s Head.” What was the effect of the prize on your work at the time?

Oduor: The prize forced me to take myself seriously as a writer. Or at least to be more respectful of the work that I did. To show up consistently, and with kindness, grace, and fortitude.

Tepper: Your author’s note says that you are living in Germany now. Can you tell us what you are doing there and whether you plan to return to Kenya in the future?

Oduor: I don’t know what the future holds, but for now I am quite content in the little town where I live, being a part of community organizations and painting and writing and learning how to code. 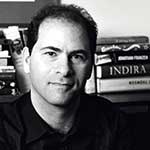