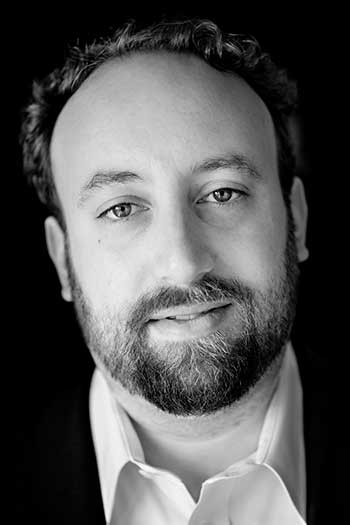 Writer, lawyer, and occasional rabbi Joshua Safran’s new book, Free Spirit: Growing up on the Road and off the Grid, chronicles a childhood spent on the road with his unconventional mother. Though much of his legal practice focuses on land use and real estate law, Safran has received many awards for his advocacy on behalf of women’s rights and domestic violence survivors. The award-winning documentary Crime after Crime features Safran’s pro bono work to free an abused woman from prison.

WLT here talks with Safran about how his life has informed his work, the ability of fiction to influence public thinking, and what people most urgently need to understand about domestic violence.

Michelle Johnson: Your memoir includes your own experience as the victim of domestic violence. How has your own story, your life, led to the work you do now as a lawyer?

Joshua Safran: For years I’ve said that I advocate on behalf of domestic violence victims and survivors to right the wrongs that were visited on my mother and me. And that’s true, but in writing Free Spirit, I came to realize that I also had a more specific motivation. The hardest part of writing the book was forcing myself to remember the darkest days with my violent alcoholic stepfather and re-inhabiting my childhood mind at the time. When I finally went back into my memories, I was overcome with feelings of shame at my cowardice in the face of my stepfather's abuse of my mother. Why hadn’t I stood up to him? Why hadn’t I protected her? As an adult, looking back, I know now that it was unreasonable to expect a child to confront and subdue an enraged former guerilla fighter, but the self-judgment remains. At a very deep level, I think that my advocacy work is an attempt to prove to my ten-year-old self that I finally have the strength and courage to protect my mother.

MJ: Publishers Weekly said of the book, “This assured debut is reminiscent of David Sedaris’s and Augusten Burroughs’s best work: introspective, hilarious, and heartbreaking.” Who are your literary influences? Are Sedaris and Burroughs among them?

JS: I have a long list of literary influences. I love Chinua Achebe’s comfort in dropping the reader into entirely unfamiliar situations without providing much exposition. Joseph Heller so beautifully captures the irony and contradictions of modern institutions. Denis Johnson’s impactful prose is made all the more powerful by its simplicity and sparseness. James Jones inspires me with his ability to rotate narrators in the same narrative, inhabiting each with fullness and subtlety. Hunter S. Thompson’s confidence allows the reader to completely alter his or her mind without even one tab of mescaline. Antony Beevor can take a conflagration as massive as the Battle of Stalingrad and allow the reader to experience it on a human level without losing sight of the grand strategy. I would definitely include Sedaris on the list. His well-constructed vignettes please like candy and carry his wry voice with them in every clause. I haven’t read as much Burroughs, but he is clearly a gifted storyteller.

MJ: Your memoir and the film Crime after Crime both tell true stories. To what extent do you believe fictional stories can influence public thinking on domestic violence and wrongful imprisonment?

JS: For those who haven’t lived it, family violence has an unbelievable quality to it. Why would he abuse the ones he loves? Why would they love him back? Why don't they leave? While full of a thousand contradictions, the answers to these questions are very nuanced and logical in their own way. But the subtleties are typically lost in fictionalized accounts, which try to simplify abusive relationships so they are easier to understand, e.g., an erotic pimp-and-ho dynamic, alcohol or drug addiction as the cause rather than a symptom, and full-blown insanity. Because these fictionalized simplifications are easier to understand they tend to define domestic violence in the public imagination. So, too, with wrongful convictions. America’s obsession with law-and-order entertainment tends to cast prosecutors as moral champions for public safety and criminals and their attorneys as dangerous two-dimensional foils. People tend to believe that the criminal justice system doesn’t suffer from the type of colossal bureaucratic errors that plague DMVs. In fact, the criminal justice system is in much worse shape. To the extent that fiction in these arenas is going to have a positive effect, it must be written with all of the subtlety and nuance of the truth.

MJ: In an interview you gave about the film, you spoke of rehabilitation, which is one of the traditional goals of punishment. How successful are our penal systems in the US at rehabilitating imprisoned persons? Is this a priority, or are our systems primarily focused on retribution and deterrence?

JS: Retribution is now effectively the only focus of incarceration. Until the middle of the 1970s, rehabilitation was at least a nominally key priority in US prison policy. Prisoners were encouraged to develop skills and provided with resources to address substance abuse and mental illness. Over the last three decades, this approach has been replaced with a retributionist “tough on crime” attitude that has almost entirely abandoned rehabilitation as a value; and resources have largely disappeared for rehabilitative programs in prison. Absent rehabilitation, the goal of deterrence is also sabotaged. About two thirds of ex-convicts recommit within three years of release. Clearly prisoners aren’t getting the treatment and training they need on the inside, and they most certainly aren’t deterred by the threat of future incarceration.

MJ: You’ve received several awards for your advocacy on behalf of women and domestic violence survivors. Since this is Domestic Violence Awareness Month, what would you most like people to understand about domestic violence?

JS: One in four American women will experience domestic violence or sexual assault in their lifetimes. The vast majority of children brought up in abusive households will pass it on to the next generation. This is a staggering number of people and helps to explain the scope of the problem and the importance of its resolution. For those who are immersed in family violence, they should know that they are not alone, that their experiences are not unique, and that they need to get out of the abusive relationship ASAP—it’ll never get better if they stay. For those who aren’t in it, you most likely have a friend, neighbor, colleague, or relative who is. Look around, and when you see abuse happening, say something and do something. Continuing to treat domestic violence as a “private” matter will only feed the cycle of violence.