Reimagining Folktales, But for the Ear: A Conversation with Mahsuda Snaith 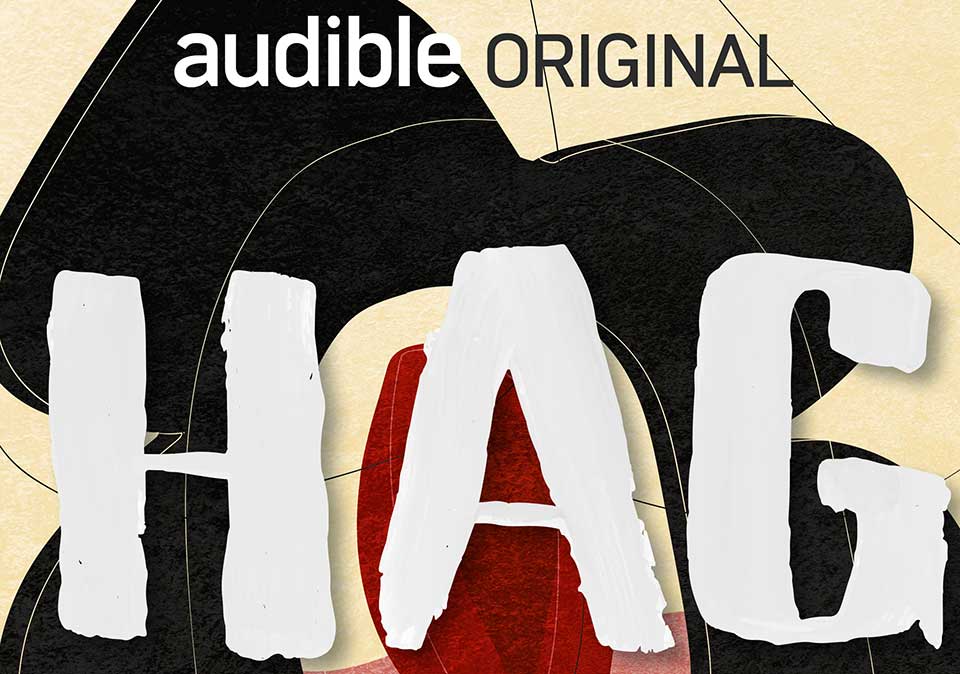 Audible’s new fiction podcast, Hag, launching August 29, features eight reimaginings of traditional British folktales by eight contemporary female writers, with folktales chosen from across the UK. The collection will be released in audio only, building on the time-old tradition of oral storytelling.

Mahsuda Snaith’s story, “The Panther’s Tale,” is written as a lost “full version” of Staffordshire’s “Legend of Chillington Hall.” Keeping the original setting, Snaith tells the story of Sir John Giffard and his fondness for wild beasts but with a modern outlook. Narrated in Snaith’s vivid, visceral style, her version of the story speaks of imprisonment, fierceness, and female solidarity.

Carolyne Larrington, who teaches medieval English literature at St. John’s College, University of Oxford, was the consultant on the HAG project, researching the original tales that inspired each writer, chatting with the authors who wanted more background, and then interviewing each writer after the stories were finished. These fascinating conversations range back and forth between discussing themes and motifs in folk tradition and the authors’ own feelings about the tales they had been given.

Carolyne Larrington: How did you become involved with the project? What drew you to it?

Mahsuda Snaith: Harriet Poland from Audible approached my agent about writing a story for the project. She’d read my previous work and thought I could pull out the themes of the “Legend of Chillington Hall,” which is a story that originates from the Midlands. As a Midlands-based writer, I’m always interested in regional stories, and then, when I read the legend itself, my mind instantly started racing with ideas. You get this sometimes; the perfect project falls into your lap at the perfect time, and the story starts writing itself. That doesn’t mean you don’t have to do a lot redrafting (and I certainly did do a lot of redrafting!), but that the initial exercise of getting all of the story out onto the page is almost effortless. It’s rare, but wonderful when this happens.

Larrington: Can you talk to us about the original source material? What did you like about it?

Snaith: The original story is a legend from Staffordshire, where a man called John Giffard, who was a standard bearer for Henry VIII, kept a menagerie of wild beasts in a stately home called Chillington Hall. One day his panther escapes and, when seeing it about to pounce on a woman and her child, Giffard shoots it in the head with a crossbow and kills it. There’s a stone cross that is still on the Chillington estate to mark the passing of the panther, and there is also a panther in the family crest. The first thing I was struck by was the fact that this man from the Midlands not only had a menagerie but that he owned a panther! I’d already been reading about Britain’s colonial connections for the “Colonial Countryside” project (more below), but this went back to the sixteenth century, which stretched further back than the research I’d been doing.  I’d also been reading Bengali folktales for the same project, so it felt very natural to delve deeper and find out more.

Larrington: Can you talk to us about the process of adapting the story? How did you go about that?

Snaith: The task was to retell the story for a modern audience. Because I was already writing historical short pieces, my mind went straight to writing a historical piece but with a modern outlook. I researched into the life of John Giffard, the era he lived in as well as animal collections of that era (there is a brilliant book called Menagerie by Professor Caroline Grigson on the subject). I read lots of folktales from Asia and Britain and found overlapping themes. I decided, very early on, that the panther was actually an Indian princess who could shapeshift; the dark skin, the green eyes, the sense of the exotic, all worked well with the story. Then I decided to not focus on John Giffard himself but the woman and her child who were nearly pounced upon in the story. Who were they? Why were they there? How could their stories be connected with that of the panther princess? Then, as I wrote, I felt there was a love story between the two women that you would never read about in a traditional folktale, so that was worked into the plot, too. I find it is the unexplored stories that I am most drawn to, the things that have not been told to us.

Larrington: Each of the eight stories in the collection is written by a woman; how does a female retelling of traditional folk stories shift their meaning?

Snaith: I certainly know from my perspective that having read so many folk and fairy tales growing up and seeing the negative female stereotypes that can be portrayed in some of them, or lack of female presence at all in others, meant I wanted to subvert the stereotypes and bring women to the fore. There is a princess in my story, but she is not a traditional fairy-tale princess, particularly in terms of her dark skin and curvaceous body. Both central female leads do not wait for princes to save them but have to fend for themselves, and neither of their fates are dependent on their beauty. I’m really looking forward to hearing how the other writers have dealt with their stories in the Hag collection, but I think the retelling of these tales with female ownership will mean a lot of subversion and rebellion against what we are taught is the typical role of woman.

I think the retelling of these tales with female ownership will mean a lot of subversion and rebellion.

Larrington: What appealed to you about writing for the spoken rather than written word?

Snaith: Folktales are an oral tradition. Much like poetry, they’re meant to be read out aloud, and usually to an audience. So the “voice” of a folktale really works best if you think of it as spoken rather than written. When I established that in my mind, I felt the story flowed out of me in a completely different way than when I have written just for the page. There is a different energy to the spoken word, an immediacy and urgency, and I really enjoyed playing with that energy.

Larrington: Is it different writing for the ear rather than the eye?

Snaith: When I established the “folktale voice” of the story in my head, I made sure to read out every line, trying to hear the rhythm, where the pauses would be, where there would be tension, etc. When you write this way, you start listening out for the music of a line, which I think is probably a good thing to think about when writing any piece of prose. It’s a technique I will definitely take with me into my future work. Other than that, I think writing for the ear and eye has essentially the same purpose—you must hold the audience’s attention. This sounds simple but is a fine art in itself.

Larrington: What’s your favorite classical folktale and why?

Snaith: There is a story by Charles Perrault called “Donkey Skin” that is one version (of the many thousands of versions) of the Cinderella story. In this story, however, the widowed king decides the only woman who can replace his deceased wife is his daughter and sets about marrying her. After the advice of her godmother does not get her out of this marriage, the princess escapes the palace in a donkey skin and works in a farm cleaning out pig troughs. I heard this story when I was child, and there was something about the dark, unfiltered side of the tale that I was drawn to. I think children are always drawn to the grubby and messy parts of life. I also remember being more drawn to the woman with the donkey skin than the beautiful princess, which I think says a lot in itself!

Folktales give insights into an era’s concerns and fascinations using magic and fantastical creatures to lure us in.

Larrington: What do you think folktales—old and new—can teach us?

Snaith: Folktales give insights into an era’s concerns and fascinations using magic and fantastical creatures to lure us in. These stories were traditionally for the “folk,” so they needed to teach something about the human experience but in a way that would entertain a crowd, which is probably where the magic and fantastical came in! It’s really interesting to me that traditional folktales from the UK have giants, goblins, as well as fiddlers and cobblers, and with the Bengali folktales a similar mix of the ordinary and extraordinary with gods, talking animals, as well as merchants and holy men. I think our modern reinterpretations, as well as the stories we pass on to each other now, reflect similar things about our concerns and fascinations. There are common themes, such as the underdog, the use of brains over brawn, and the power of resilience that are repeated in folktales. These themes are universal and ones we are still attracted to today.

Our modern reinterpretations, as well as the stories we pass on to each other now, reflect similar things about our concerns and fascinations.

Larrington: What other projects are you currently working on?

Snaith: As I mentioned, I’m working on the “Colonial Countryside” project writing a series of flash-fiction pieces that explore the colonial connections of a National Trust property. It’s been fascinating and also quite personal, as it’s meant I’ve been able to explore my own family history in ways I never have before. I’m also one of the judges on the Costa Book Awards in the first novel category this year, so have been doing lots of reading, which has been lovely because I feel like I never read enough! And, at some point, I’m going to have to think about my third novel. But 2019 has really seemed to be my year of short-story writing, and I’ve absolutely loved being able to dedicate myself to writing this form of fiction. There is something neat and beautiful about short pieces; the ability to enter a whole world and story and then leave it all in one sitting holds a strange kind of magic of its own. 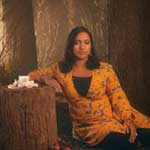 Mahsuda Snaith is a British Bangladeshi writer of novels and short stories. An author to watch according to Vanity Fair, she is the winner of the SI Leeds Literary Prize 2014 and Bristol Short Story Prize 2014. Her debut novel, The Things We Thought We Knew, was published in 2017 when she was named an “Observer New Face of Fiction.” Her second novel, How to Find Home, was chosen as a BBC Radio 4 “Book at Bedtime.” 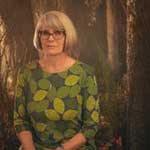 Carolyne Larrington is Professor of Medieval European Literature at the University of Oxford and Fellow and Tutor in Medieval English at St. John’s College. Her research interests range widely from Old Norse-Icelandic literature, Arthurian literature to medievalism in the twentieth and twenty-first centuries. Myth, legends, and folktales are a particular interest. Her popular books include: King Arthur’s Enchantresses (2006); The Land of the Green Man (2015); Winter Is Coming: The Medieval World of Game of Thrones (2015), and The Norse Myths (2017).