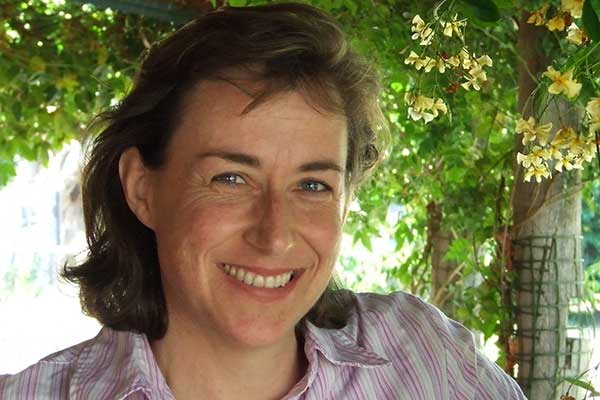 Often called Australia’s “queen of the short story,” Cate Kennedy is the award-winning author of novels, poetry, short fiction, and travel memoir. Her two short-story collections are Dark Roots (2006) and Like a House on Fire (2012), winner of the Queensland Award for best short-story collection and shortlisted for the inaugural Stella Prize. Her story “Cold Snap,” from Dark Roots, was published in the New Yorker as “Black Ice.” The Taste of River Water, Kennedy’s most recent poetry collection, won the Victorian Premier’s Literary Prize for poetry in 2012. Now living in Vanuatu, Kennedy will join other writers in Vienna in July for the 13th International Conference on the Short Story in English. Here, WLT visits with her about the status of short fiction, Ni-Vanuatu lit, and what lies at the core of her work and the stories she most admires.

Michelle Johnson: You’re soon traveling more than 9,000 miles to Vienna to attend the 13th International Conference on the Short Story in English. What does this semi-annual gathering of writers and scholars offer that compels you to make such a long journey?

Cate Kennedy: What compels me? A chance to step outside ordinary life to indulge in thinking and talking about short stories with other people from all over the world who love the form as much as I do. Anyone who writes knows how solitary it can be and how you can become tired of the sound of your own voice. It’s energizing to meet other writers and practitioners and socialize. It makes me realize the inspiration for new ideas rarely comes from me sitting alone at my desk, in my own head. It comes from meeting other people who understand the way a writer experiences the world and have their own stories to share. It’s great to remember you’re fundamentally a gregarious human being, fascinated by storytelling. It’s like fuel, that reconnection.

MJ: On receiving the 2013 Nobel Prize for Literature, Alice Munro said, “I would really hope that this would make people see the short story as an important art, not just something you played around with until you got a novel.” The conference website has adopted this quote as the header on each page of its website. Do you think the short story has suffered from a lesser status? Is this changing?

The short story is not the baby pool, it’s the diving pool.

CK: Yes, I do think this has been a common perception, and I was so pleased to hear the great Alice Munro validate the short story as the independent art form that it is. I’ve heard many novelists say they think a short story is harder to write than a novel, not easier. I had the experience once of a critic saying to me, after I’d finished my first novel, that I must be feeling good to be moving from “the baby pool” into “the big pool.” I made sure he understood how very differently I felt! The short story is not the baby pool, it’s the diving pool. You have to execute something small and focused and precise. You go in deep on one breath, put out your hand to touch some deep, invisible spot, flex and push yourself back up to break the surface again. You’re not there to splash around or do lap after lap. You’re there to dive in, as beautifully and stylishly as you can. It’s immediately evident to others whether you’ve got form or not. So it takes a particular kind of daring.

Is the status changing? I’m not sure. I think we’re relearning how to tell stories to each other in live events and on radio, where brevity and distillation are valued, and we’re certainly more time-poor, so we snatch bits of reading time here and there rather than undertaking big lengthy trilogies, and so on. But I don’t like the idea of people taking up short stories again just because they’ve got a shorter attention span and we’ve got to pander to it and market to it. I want us to rediscover them because they’re electrifyingly, life changingly good.

MJ: The conference theme is “Unbraiding the Short Story,” which reveals “the intrinsic density of human concerns that prevails in the telling and showing of short prose.” If we unbraid your short fiction, what human concerns will we most often find?

CK: Human fallibility seems to be a preoccupation I return to over and over again. What people do when they’re behind the eight ball or floundering with a hit that’s come out of left field. Not so much what they think or say: what they actually do. I think character is most revealed when we feel ourselves unobserved. We’re hesitant. We’re self-sabotaging. We’re all fumbling around, looking for the key. I realize this is another way of saying that what makes stories dynamic is watching believable characters in action, which is so fundamental it’s almost a cliché, but when I actually unbraid this a bit, I see my real subject matter—that elusive bottom of the pool we try to touch as we execute a dive—mortality, ordinariness, people who are heroic because they’re trying to do what needs to be done in circumstances way beyond their control. A short story sometimes feels like a way of making a small frame around these barely-noticed things, bringing them into focus, making them, momentarily at least, a bit more coherent. In this way a short story works, for me, much more like a poem than a novel.

MJ: You also write poetry and novels. What are you able to do in short fiction that you can’t do in novels?

CK: Well, I can win your trust that I’m going to open and close something quickly and that it’s going to be worth paying attention to. I can do my best to create one single, intense experience or metaphor that will stay with you and won’t be lost in a longer episodic narrative or a welter of other detail. I can make you ponder an image, especially in resolution, which opens up another richer layer of what the story’s about. It only has to be about one thing—that takes authority and control and creates a particular bond of trust and attention between author and reader. How to win that trust, how to make someone want to ponder and internalize the story on their own terms . . . that’s the endlessly fascinating power of the form.

MJ: Who are some of the short fiction writers you most admire, and what do we find if we unbraid their work?

If I had to sum up in one word what “the human condition” is, I’d say that word is “ouch.”

CK: Well, you’ve mentioned Alice Munro, who I think most short-story writers return to for sustenance quite a lot—I love the way she’s spent her working life chronicling ordinary lives so quietly and with such grace, creating such a body of work from this material. I’m wildly in love with the work of George Saunders—I think his audacity is just breathtaking, and there’s a fundamental core of compassion for his characters which never wavers in his work. I really admire Nathan Englander, Lorrie Moore, Jhumpa Lahiri, T. C. Boyle . . . There is never a time I don’t have a short-story collection by my bed, and I love finding new ones. It’s hard to categorize what I find in them when I unbraid them—maybe safest to say I really admire authors who aren’t scared to touch on the human condition in a short story and manage to do it without being labored, ponderous or overly earnest. If I had to sum up in one word what “the human condition” is, I’d say that word is “ouch.”

MJ: You’ve moved from Australia to Vanuatu, a place I’ve enjoyed researching for our conversation. Cyberspace tells me that 2007 is the year of the first Ni-Vanuatu novel. This seems impossible, despite the republic’s relatively recent founding in 1980. What can you tell us about Vanuatu’s literary development?

CK: I’m only living here for one year, so it’s a tantalizing glimpse into a rich and very diverse culture—if you can call an archipelago with over eighty individual islands containing more than a hundred separate languages a single “culture”! Vanuatu is the most linguistically diverse place on the planet in terms of population, with an average of only about 2,000 people speaking each language. Santo, the island I’m living on, has about two dozen languages alone. There’s also the widely used “lingua-franca” Bislama, English, and French. I mention all this because it’s an oral culture, and while literacy levels are improving, there is still a long way to go, and written literature just hasn’t been part of the culture traditionally. The Bible is one of the few widely available books printed in Bislama, and when you consider that English is a third language for most people who speak it, you start to understand the context of why there aren’t many novels around. I’m no expert on social “indicators,” but add to this a tropical climate very harsh on paper products, remoteness, and lack of a communication infrastructure (although many people are taking up mobile phones now), it’s even less surprising that the first Ni-Van novel only appeared seventeen years after Independence. People talk and sing their stories, they don’t write them down. So the country’s “literary development” takes place where it always has—on pandanus mats under trees, when people sit around “storian.” That’s the word in Bislama for chatting together, literally “storying.” The kids at my daughter’s school here play clapping games in “language,” Bislama and English. Up the road, the kids at the francophone school are singing different songs. This is happening on every different island, in one way or another, every day. It’s all alive and well in a place where oral storytelling has always been the custom, and I suspect (and hope) it always will be.

MJ: What book have you read recently that you couldn’t put down and want to recommend to others?

CK: Can I recommend The Tenth of December, George Saunders’s terrific collection, and Surviving Paradise: One Year on a Disappearing Island by Peter Rudiak-Gould, for a thoughtful glimpse of life as it’s lived on a tiny South Pacific island (in his case, the Marshall Islands, as a twenty-two-year-old teacher).