5 Books from a Cat’s Perspective on Human Nature 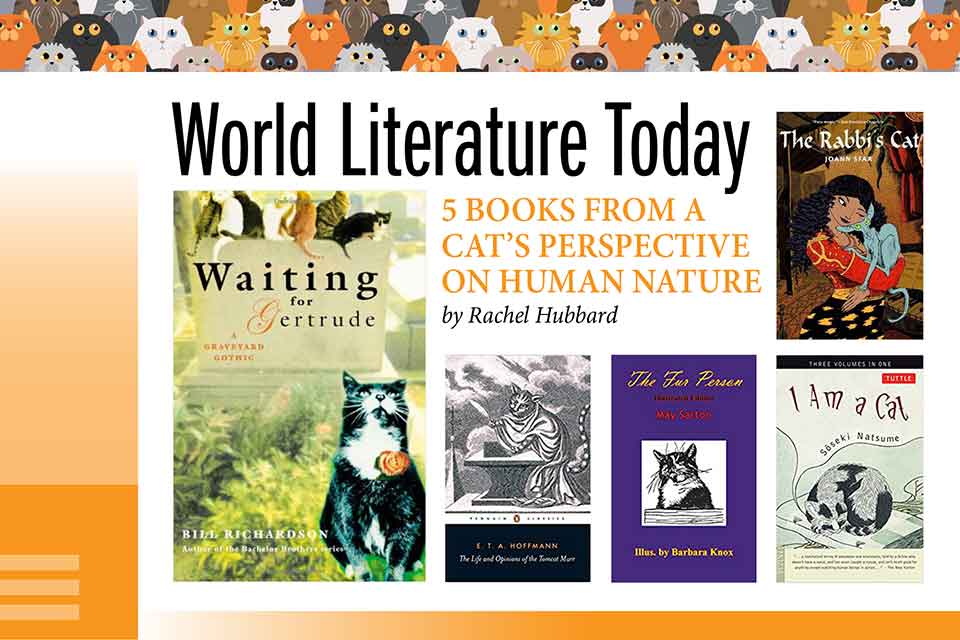 The past year and a half of being stuck inside and working from home has led many of us to turn to our pets as consistent conversational companions. For some, we have even adopted the peculiar social practices of our furry friends. If you are lucky enough to have one of the 370 million pet cats in the world living under your roof, you likely have a sense of their aloof and introspective nature. The authors of the works in this list also took note of the inquisitive demeanor of the feline and wrote their stories from a cat’s-eye view. The novels offer humorous commentary on human behavior from a lovable, domestic critter who offers a critical and self-interested take. 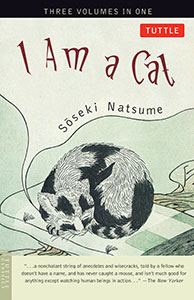 I Am a Cat

Originally published in the early 1900s, this satirical novel remains a classic in Japanese culture. Our neko narrator provides humorous commentary on the foolish ways of upper-middle-class Japan during the Meiji era—as the nation was transitioning from an empire into industrialization—as he wanders through the neighborhood picking up pieces of conversation. The cat initially concludes that “humans are selfish and immoral” until he realizes “they know as little about themselves as they do the sizes of their own noses.” 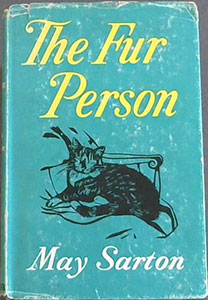 Another classic in cat literature, this novel is inspired by the true adventures of Tom Jones, Sarton’s own cat. It chronicles the journey of a feral street cat experimenting with potential homes after he realizes he doesn’t want to roam the streets forever. Finally, Tom finds a suitable transition into domestic life with the author and her partner. Sarton offers her acute observations of the behavior and needs of a cat in the form of “The Ten Commandments of the Gentleman Cat.” Tom teaches us that “a fur person is a cat whom human beings love in the right way, allowing him to keep his dignity, his reserve, and his freedom.” 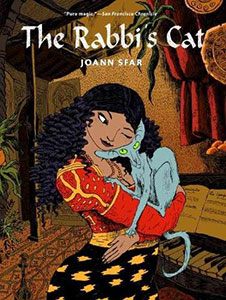 This graphic novel is set in Algeria in the 1930s and tells the story of a rabbi, his daughter, and their talking cat. The cat eats the family parrot and develops the ability to speak, and he convinces the rabbi to teach him the Torah. The cat offers his own opinions on Judaism, and the story gives a broader look at the intersection of Jewish, Arab, and French culture, offering a cat’s view of the intricacies of human faith and culture. 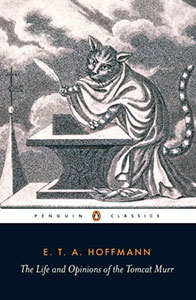 The Life and Opinions of the Tomcat Murr

Despite being published in 1819 originally, the humor of this story has stood the test of time as a commentary on the relationship of artists and art to society. Tomcat Murr is a self-taught cat who sat down to write his own autobiography on wastepaper from his master’s study, but a publisher’s error places the musings of composer Kappellmeister Kreisler alongside Murr’s life story. Murr writes with classical wit that satirizes memoirs of academics while Kreisler is portrayed as a tormented artist who eventually describes the work of his mentor—magician and alchemist Master Abraham—to educate a stray tomcat. The deliberate haphazard cutting between the two stories and the surreal nature of the novel is a tour de force of aesthetics predating postmodern technique and structure. 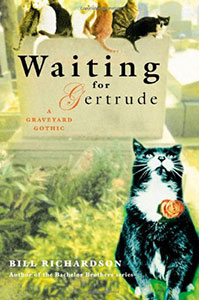 Waiting for Gertrude: A Graveyard Gothic

In Waiting for Gertrude, set in Paris’s Père-Lachaise cemetery, we learn that the cemetery is home to many stray cats that are reincarnations of the famous folks buried there. The main narrator is the kitty reincarnate of American-born member of the Parisian avant-garde, Alice B. Toklas. She impatiently waits for the return of her life partner, Gertrude Stein. The story involves other celebrity souls in cat bodies—with the likes of Marcel Proust, Frédéric Chopin, and Jim Morrison—and is told through a series of set pieces and intercepted letters as well as Toklas’s narration. 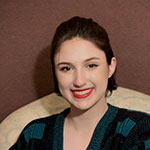 Rachel Hubbard is a senior at the University of Oklahoma pursuing a bachelor’s degree in English literary and cultural analysis. In addition to working with World Literature Today, she works with the OU Daily and Oklahoma Watch. She is also a student and performer at OKC Improv and has two cats, Spice and Griffin.