The realm of science fiction expands throughout languages, countries, and perhaps even the universe. Why do we cling to science fiction? The answers remain vast and abundant. Science fiction provides escape into the field of imagination—where anything can occur. By acknowledging these incredulous feats, we face the only limits there holding us back: ourselves. Science fiction helps us reflect on our humanity, both at our best and our worst. Check out these six “out of this world” reads and take yourself on a cosmic journey. WARNING: Contains novels published in past and future. 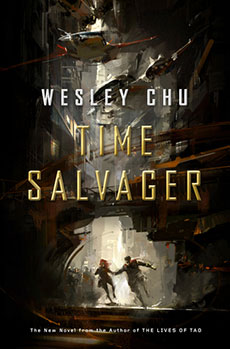 In the future, Earth has become an utter wasteland: in short, people have destroyed it. As a result, humankind has been forced to migrate to the extremities of the solar system while the strict use of time travel balances the fragile relationships between planets and moons. Convict James Griffin-Mars must travel to Earth’s past and reclaim treasures and resources without altering the timeline. But temptation triumphs, turning James and his newly rescued girlfriend into higher sought-after criminals. Together, they have to explore what possibilities remain for humanity’s toxic homeland. (Release date: 7-5-15) 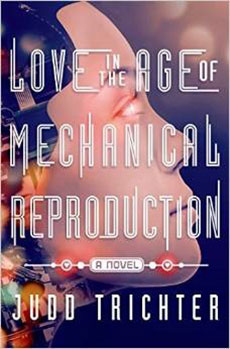 2. Love in the Age of Mechanical Reproduction by Judd Trichter

In the late twenty-first century, Eliot Lazar falls in love with a gorgeous android named Iris, rebelling against society’s norms. He and Iris plan to run away together, but one night, Eliot discovers that his love has been kidnapped, chopped up, and then sold for parts. Eliot can’t find a living woman to match his affections for Iris and therefore decides to find all of her parts and put her back together again, plus kill the scumbag who did this. In a society of man versus machine, Eliot explores the grey area of morality and discovers for himself what constitutes truth and what leads to deception. (Release date: 2-3-15) 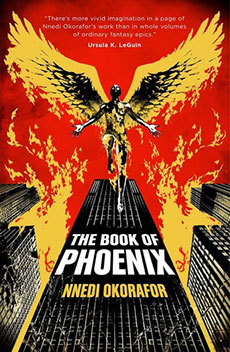 3. The Book of Phoenix by Nnedi Okorafor

Female protagonist Phoenix, a genetically altered being only two years old (and therefore slightly naïve) possesses the mind and body of a full-grown adult. Also, she stays in tower number 7 with other human experiments where they live seemingly treated with care. However, when her boyfriend witnesses something so horrific that he commits suicide, Phoenix begins to question her environment. As she navigates for answers, tower 7 refuses to supply reasons. Phoenix soon realizes the trap she inhabits and plots her escape. But her liberation and dismantling of tower 7 serves as only the beginning as she ventures on a quest to change humanity’s future. (Release date: 5-5-15) 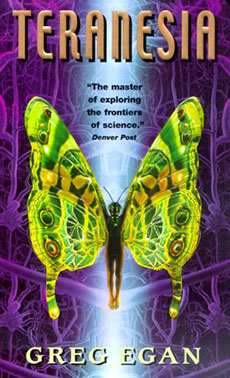 On the bountiful island known as Teranesia, two children live with their biologist parents who study mutation through evolution. But civil war disrupts the family’s studies and forces them to abandon their research and their home. The story continues twenty years later when the children have grown up. The girl (now woman) wants to go back to the island and see how the evolutionary mutation has advanced while her brother cautiously tags along to protect her if necessary. (Published: 1999) 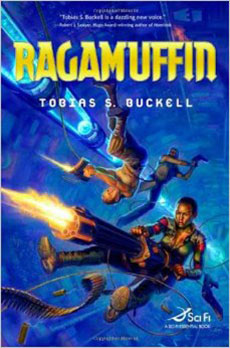 This dynamic tale begins with humanity under attack by alien dictators who are encouraging systematic extermination. The universal overlords (known as Satrapy) have placed a ban on all technology and will not hesitate to send out storm troopers to eliminate any civilizations that rebel. The Ragamuffins (who smuggle and lead a pirate kind of life) drift around dead wormholes and space ways, but suddenly the Satrapy will have no more of them and their humankind. Follow the expedition of the Ragamuffins in their race for survival. (Published: 6-12-07) 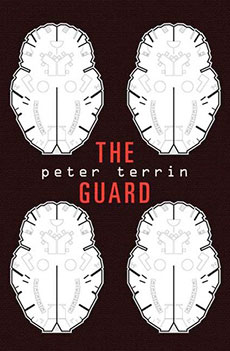 6. The Guard by Peter Terrin

In a futuristic society, two guards named Harry and Michael supervise an apartment block so that no one can enter or exit. Initially, nobody successfully leaves; therefore no one knows anything about the nature of the outside world or those who inhabit it. But one by one, the residents eventually manage to escape. Michael and Harry must acknowledge and confront the outside world and whatever force controls it. (Published: 2012)

Skyler Stanley is a WLT intern with a fascination for coffee, pugs, and superheroes. She hopes to continue on in the publishing field after graduation.