Celebrating Women in Translation Month: New Translations by Women from around the Globe 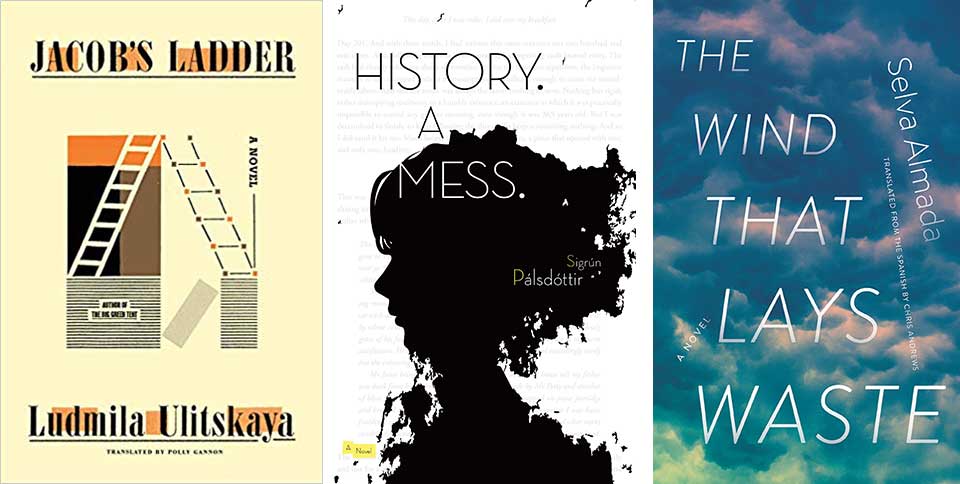 For WLT’s November 2016 issue, author and translator Alison Anderson explores and explains in her essay “Of Gatekeepers and Bedtime Stories: The Ongoing Struggle to Make Women’s Voices Heard”—in an issue devoted exclusively to women writers—the necessity of actively highlighting the achievements and voices of women writers, particularly in special magazine issues, anthologies, or literary prizes. While works by women have slowly solidified their place in the canon, and while women writers seem to saturate the shelves of recent contemporary literature, there is a significant absence of published works by women in translation. It’s critical to keep in mind that any celebration of advances made for women’s voices is premature if those voices are not diverse and far-reaching. In her essay, Anderson reveals the statistics of an informal tally she completed in 2013 on works published in translation. Her findings: of authors represented in translation, around 26 percent were women. How are we doing six years later? According to the data available in the Open Letter Translation Database, women writers make up roughly 38 percent of 2019 published translations distributed through traditional means in the US (so far). Progress has been made, but equality has yet to be reached. With such a low (but climbing) percentage, visibility for these limited works is vital, especially if these percentages are to keep rising.

World Literature Today has, in addition to the November 2016 women’s issue, worked to consistently support and feature translated works by women writers. Searching inside the pages of WLT’s issues and its blog, one will find interviews of translators discussing their processes of translating women authors, blog pieces about translating women writers, as well as published online works in translation. In this Translation Tuesday interview, translator Allison Markin Powell discusses her work translating Japanese writer Hiromi Kawakami’s The Nakano Thrift Shop. Translator, author, and editor Zack Rogow explores his process of first locating and then translating the previously untranslated works of Colette here. In another post, experimental author, poet, and translator EJ Koh shares her translation of Kim Myung Won’s poem “Dabi” as well as the sources she drew on in order to do justice to the themes in Myung Won’s poetry. Included in her collection Bavian, the fascinating short story “The Woman in the Bar” by Danish author Naja Marie Aidt can be found here, translated by Denise Newman. In this interview, Newman discusses translating Aidt’s writing and how her understanding of Danish culture is key to successful translations.

In her essay, Anderson reflects on the profundity of experiencing a “woman’s voice” in art and literature (her particular example is Jane Campion’s film The Piano) and its ability to strike awe, to reveal something radical and courageous. “Something is being lost,” Anderson writes, when women’s artistic and literary voices, their unique sensibilities of expression, are forgotten or ignored due to a lack of visibility in publishing.

In honor of Women in Translation month, WLT continues its focus on women writers by highlighting these recently published works in translation by women writers from around the globe. 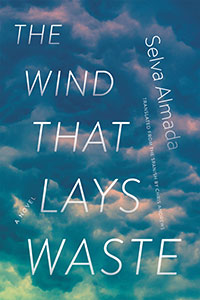 The Wind That Lays Waste

Translated from the Spanish by Chris Andrews

With taut and confident prose, Argentine poet and fiction writer Selva Almada’s debut novel, The Wind That Lays Waste, paints a lyrical portrait of four characters connecting in the countryside after an evangelizing preacher and his daughter’s car break down. They find themselves in the home of an apathetic mechanic and young boy; over the course of a single stormy day, tensions rise, beliefs are questioned, and alliances are formed. With comparisons made to Flannery O’Connor, Almada represents a rural South America that is tactile, philosophical, and poetic. 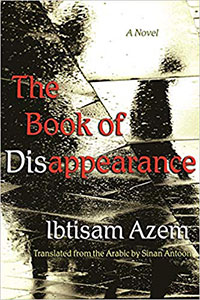 The Book of Disappearance

Translated from the Arabic by Sinan Antoon

Palestinian novelist, journalist, and short-story writer Ibtisam Azem proposes a fascinating and unsettling scenario in her critically acclaimed novel, The Book of Disappearance: What if all the Palestinians in Israel simply one day disappeared? What would be the consequences? How would people react? Her novel opens forty-eight hours after their disappearance and grapples with themes of memory, loss, and invisibility. Azem explores this scenario through alternating narrators—a liberal but Zionist Jewish journalist and a young Palestinian man who, after his disappearance, converses with his dead grandmother in an old journal. Fantasy and magic realism reflect reality, drawing on the 1948 Nakba (disaster), when many Palestinians were displaced by the state of Israel’s creation. 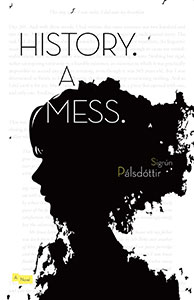 Translated from the Icelandic by Lytton Smith

In her latest novel, History. A Mess., Icelandic writer Sigrún Pálsdóttir explores the complex psyche of an academic who makes a premature discovery in a seventeenth-century diary about the first documented professional female artist, only to discover her career-altering find was nothing more than the outcome of two pages stuck together. Playing with fragmentation, literary forms, and satire, Pálsdóttir deftly depicts the increasingly fraught mind of her protagonist as she tries to hide her mistake, even if it costs her sanity. Humor and gravity come together in this novel to raise vital questions about academia, belief, and truth. 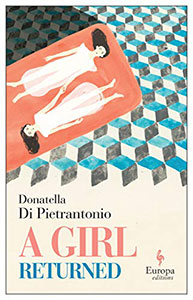 Translated from the Italian by Ann Goldstein

Winner of one of Italy’s most prestigious literary prizes, the Campiello Prize, A Girl Returned begins when an unnamed thirteen-year-old girl is, without warning, sent away from the family she assumed was always her own and returned to her tumultuous, unknown birth family. Set in the central Italian landscape of Abruzzo, author Donatella Di Pietrantonio employs sensitive and powerful prose to tell the conflicting coming-of-age story of mothers and daughters, of sisterhood, and of self-discovery. 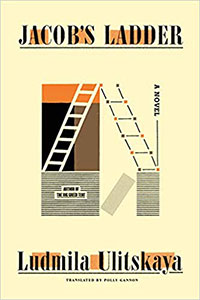 Translated from the Russian by Polly Gannon

In what may be her final novel, renowned Russian writer Ludmila Ulitskaya tells the story and history of Russia and Ukraine through the generations of a family. Jacob’s Ladder, a family saga drawn out over centuries, begins with the alternating letters and diary entries of Jacob Ossetsky in the early 1900s, followed by his granddaughter’s experiences in the Moscow theater during the 1970s. The novel’s large scope provides the scale and depth necessary to make connections between the past and present, between fiction and reality, and to question the efficacy of individual choices. Following from prerevolutionary periods to the darker periods of Stalinism, to a present day filled with perplexity and corruption, Jacob’s Ladder exposes generational patterns in this Russian family’s tangled history. 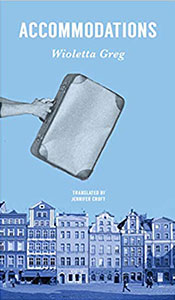 Translated from the Polish by Jennifer Croft

An impressive follow-up to her first book, Polish writer Wioletta Greg’s second novel, Accommodations, navigates with striking, poetic prose the self-discovery of protagonist Wiola, after her departure from a close-knit yet busybody rural community. With her new destination in the nearby city of Częstochowa, Wiola travels from a hostel to a secretive convent and is confronted with conflicts of faith, politics, and sex. Greg uses fragmentation, characteristic of memory, in this fairy-tale-like novel that follows Wiola and her newfound independence in a sometimes sinister city. Presenting itself as both memoir and fairy tale, Accommodations sparkles, with well-placed comparisons to the works of Elena Ferrante and Tove Jansson. 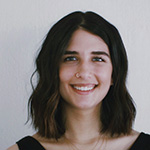