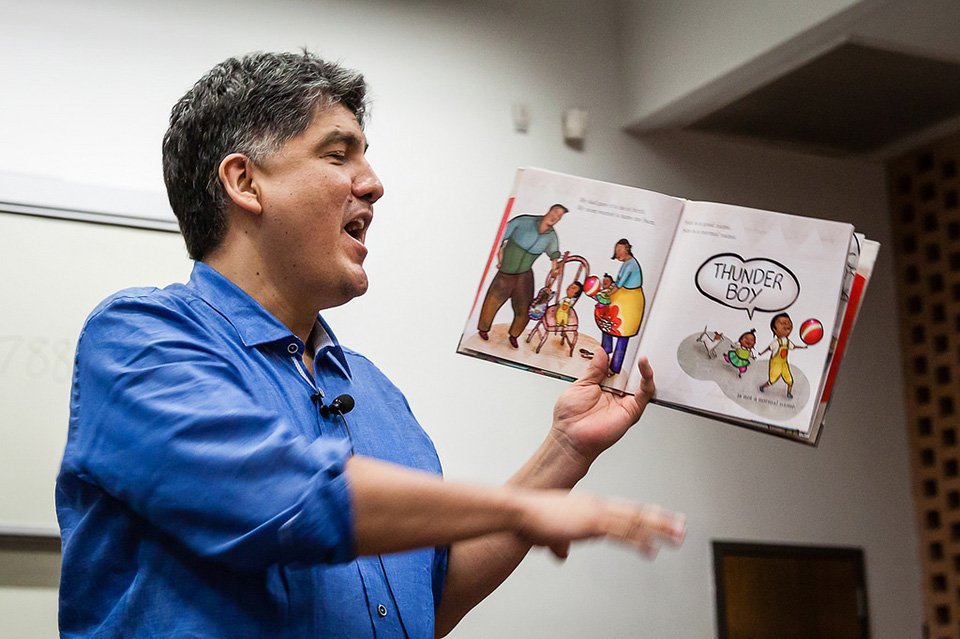 Sherman Alexie has a new work of short fiction titled “Clean, Cleaner, Cleanest” in the most recent issue of the New Yorker. The online version contains audio of Alexie reading the story.

This week marked the 50th anniversary of a war that redrew the map of the Middle East. NPR’s Robert Siegel interviewed both a Palestinian and Israeli author to hear what the consequences have meant for them. Israeli author A.B. Yehoshua, who was nominated for the Neustadt Prize by Claire Messud, shares his experience during the Six-Day War, and Palestinian author Raja Shehadeh (interviewed in the May 2012 issue of WLT) shares how the results of the war affected him as a 16-year-old.

In this essay from The Nation, Steph Burt examines the life and work of Nobel and Neustadt Prize laureate Czesław Miłosz and how he discovered a homeland in poetry.

The Texas Book Festival has released a sneak peek of 12 authors from the 2017 festival’s author lineup. Recent Neustadt Prize juror Claire Messud and NSK Neustadt Prize finalist Margarita Engle are among the writers.

The San Francisco Chronicle reviews Laleh Khadivi’s novel A Good Country, which is the third in a trilogy of novels about successive generations of Kurdish men.

Harper Lee’s estate has endorsed a graphic novel version of To Kill a Mockingbird, which will be illustrated by London-born artist Fred Fordham.

Guernica has published an excerpt from Yuri Herrrera’s newest novel titled Kingdom Cons. For more new writing from Herrera, you can read a recent work of dystopian short fiction in the March 2017 issue of WLT.

Via The Atlantic, Bob Dylan’s Nobel Prize for Literature lecture (set to jazz piano) marked “the fittingly odd” culmination of Dylan’s saga with the Nobel Committee.

Ibtisam Barakat’s newest memoir, Balcony on the Moon: Coming of Age in Palestine, shares what it’s like to survive the ongoing hardship of being Palestinian living under Israeli occupation. The Columbia Daily Tribune reviews this book and her previous memoir published in 2007.

Reading Rainbow debuted on television 34 years ago. This Mental Floss article provides an oral history to the PBS program that aimed to develop a love of books and reading among children.

Via Literary Hub, author Rumaan Alam reflects on his experience working in advertising and how he thinks society’s best storytellers might be the people making TV commercials.

The Bodega Project is a summer-long series from Electric Literature that tells the story of New York City as seen through its bodegas. The first installment by Charlie Vázquez features a “cultural oasis” inside a Bronx bodega.