The IFFP shortlist, reading for the fall of humanity, and more 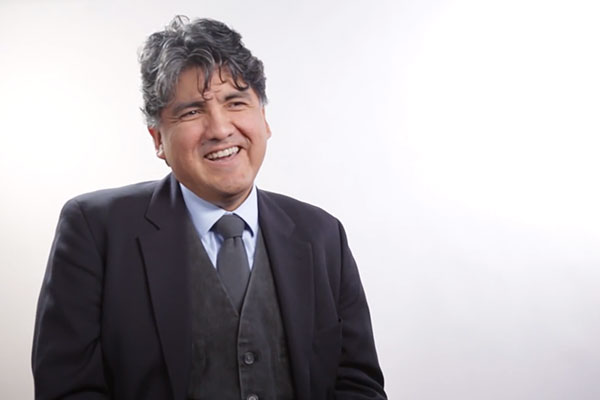 Sherman Alexie in a video interview with Poets & Writers

Between lit prize announcements and several very exciting upcoming events, this week was an exhilarating one! Make sure to pay extra attention to this week’s For Your Calendar section, where we’ve highlighted several great events coming your way very soon.

Sherman Alexie’s books talk about Native American culture, but they resonate with so many different people. He recently sat down to talk about why with Poets & Writers.

This past weekend, Neustadt laureate and beloved author Gabriel García Márquez was hospitalized in Mexico City while fighting off several infections. We have learned that he was released from the hospital on Wednesday to continue recovering at home.

The shortlist for the 2014 Independent Foreign Fiction Prize was announced this week, revealing that for the first time in the prize’s history, Japanese women authors made the list. (One of those authors is Hiromi Kawakami, whose story, ”In the Hall of the Dragon King,” was published in the January 2012 issue of WLT.)

Following the success of its first program, the Paris Review is currently looking for a second writer-in-residence to live and write at the Standard Hotel in New York City.

Need a little more Arabic literature in your life? The Arabic Literature (in English) blog has a global events calendar for Arabic lit, culture, and music events around the world.

The Association for the Study of Literature and Environment is currently offering a special grant for translating ecocritical books. (If you enjoy eco-lit, make sure not to miss the May/June 2014 issue of World Literature Today.)

Some words don’t always make the cut into everyday use. Should these words be resurrected or left where they are, in oblivion?

One sentence can make or break an entire book. Biblioasis is currently profiling the finalists for this year’s Best Translated Book Award by publishing one sentence from each title.

Worried about the decline of civilization? Anticipating the inevitable fall of humanity? Brian Eno’s reading list is just for you.