Fantasy is often overlooked when it comes to literature in translation, but from Gilgamesh to the Edda to The Epic of Darkness, fantasy lies at the heart of human storytelling. The genre has changed a lot since then, but fantasy writers continue to ask questions that are no less provoking. Here are some of our favorite fantasy novels in translation: 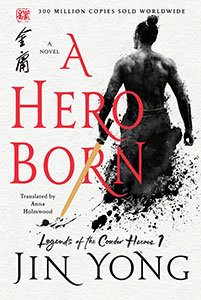 Wuxia (literally “martial heroes”) is an entire genre unto itself. However, the Legend of the Condor Heroes series, by wuxia icon Jin Yong, is an excellent entry for readers both familiar and unfamiliar with the genre. Following two heroes through the Jin-Song Wars, it explores Chinese history, values, and identity as it weaves a fantastic tale of heroism and adventure. Undoubtedly the oldest work on this list, it is only recently being translated into English for the first time. A Hero Born is the first of four books in translation and is a great addition to any reader’s shelf. 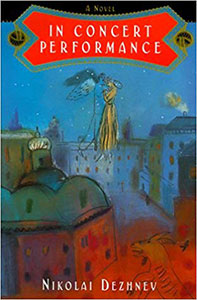 This novel combines the best aspects of urban fantasy and classic folk tales. Lukary is a fallen angel doing penitence as a domovoi, a spirit of Russian folklore. When his mistress dies, he falls head over heels for his mistress’s niece, Anna, and endeavors to break up her middling marriage. It is a clever story of unexpected emotions, combining religion and politics into a chaotic adventure of love and jealousy. 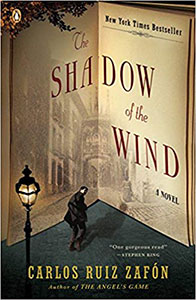 The Shadow of the Wind

This novel is two stories in one. After the Spanish Civil War, Daniel’s father takes him to the Cemetery of Forgotten Books, where Daniel must choose a single book to protect. Daniel’s chosen book, The Shadow of the Wind, is of unknown origin, and Daniel endeavors to learn more about its mysterious author, Julián Carax, whose own story unfolds along the way. This novel is a masterpiece of Spanish fantasy and a sharp exploration of Francoist Spain. 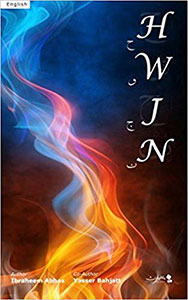 This novel is technically classified as science fiction, but I think it contains the best elements of both genres. In this vision of the world, jinn (or genies) live in a dimension parallel to our own. The jinni Hawjan and his family are haunted by human settlers in the parallel dimension until Hawjan falls in love with a human named Sawsan. The ensuing tale is one of romance, tragedy, and compassion and is an excellent imagining of Arabian lore. It is banned in its native Saudi Arabia but has become a success globally for its universal insights into love and difference. 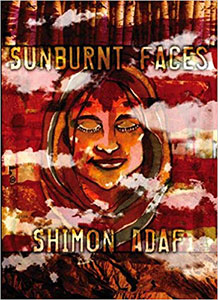 This novel concerns the nature of revelation in an uncertain world. Ori is twelve when she receives her first revelation, which transforms her world and sets her on a new journey through life. Decades later, however, a second revelation rattles her to the core. Faced with the toils, doubts, and politics of everyday life, Ori finds her second revelation more trouble than anything else. 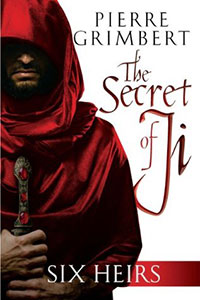 This work resembles the “heroic” approach to Western fantasy. The Known World brims with magicians, priests, warriors, and rogues, and the Erjak grants select individuals psychic connection with animals. Amidst world-ending prophecies and international politics, an emissary from each nation is sent to the mysterious island of Ji, from which few return and of those who do, none speak. 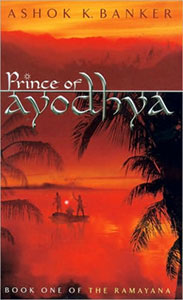 Technically, this novel is written in English, but it belongs on this list because it lushly reimagines the millenia-old Indian epic Ramayana. In this first book, Rama foresees his home destroyed and embarks on a journey to stop the forces of darkness. Banker’s writing is vivid and strident, capturing the heightened energy and powerful feeling of the age-old classic. 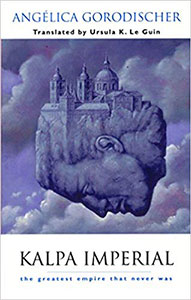 This is an exploration of storytelling as much as it is a story in itself. Following multiple stories across the history of a mythic empire, it covers an enormous range of human experience in a single, cohesive collage. 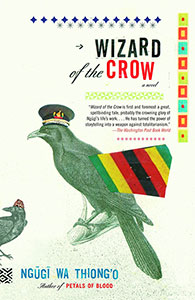 Wizard of the Crow

Translated by the author

This poignant satire focuses on the fictional “Free Republic of Aburĩria,” a dysfunctional dictatorship held together by the fading threads of Cold War alliances and divided by interests of its ruler, foreign governments, powerful banks, and other corrupt institutions. Two heroes, a reluctant wizard and an optimistic activist, take on the nation’s ruler in a rousing adventure that questions our most basic values and human nature. 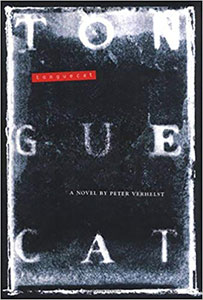 An allegorical work, this novel features a surreal, cyclical city on the brink of revolution. When the mythical Prometheus descends upon the city, both the slums and the court erupt into chaos, and the persistent, rejuvenating nature of humankind is called into question. 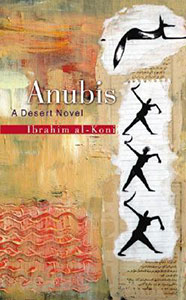 This novel follows a Tuareg youth through vast deserts on a quest to find his father. Spirits of the underworld mark his way, as he faces the hardships of the desert, the rise and fall of civilization, and the basest of human desires. The author lyrically reimagines both Tuareg and Egyptian mythology in the sparse but rich setting of this modern ancient epic. 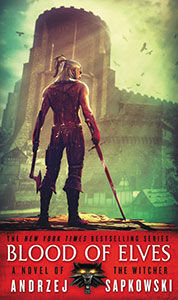 This list would hardly be complete without mentioning one not-so-hidden fantasy gem. Probably the most well-known entry on this list, Blood of Elves is the first novel in the popular Witcher saga. It follows the exploits of Geralt of Rivia, a mutant monster-hunter for hire, and his charge, Cirilla of Cintra, who takes refuge when her mother, the queen, is overthrown. Sapkowski’s world makes this series stand out, as it asks refreshingly nuanced questions regarding the dangers of power, morality in conflict, and the treatment of those who would sacrifice their humanity for others.

T. Patrick Ortez is a WLT intern and graduate student at the University of Oklahoma, where he is pursuing a career as a speculative-fiction writer. His passions include dogs, cooking, and Mexican culture.