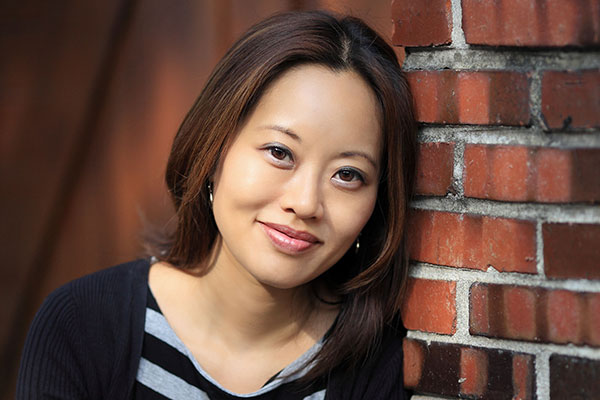 Photo by Matt Douma. Neustadt juror Krys Lee is one of two authors honored with an American Academy of Arts and Letters, read more about Neustadt Prize-related news in the Neustadt Lit Links.

This week was full of news from around the world. Many literary prizes were announced this week, which you can read about in the Neustadt lit links on our website for the Neustadt Prizes. You’ll also find new events, announcements, and commentary in the links below.

After a lawsuit led to the publication withdrawal of The Hindus: An Alternative History in India, author Wendy Doniger responds to the action in a recent New York Times op-ed piece.

Kim Kyung Ju, whose first book of poems is one of the most successful books of poetry in Korea, will soon be translated into English.

Sylvia Petter, the co-director of the International Short Story Conference in Vienna, recently sat down to an interview where she spoke about her writing, her inspiration, and how you can get involved in the conference.

The political situation in Ukraine is nothing new. The London Review of Books recently published commentary by Trotsky, calling for a free and independent Ukraine in 1939.

The important and moving story of Solomon Northup, which was recently adapted for film as 12 Years a Slave, would never have been known if not for the work of one Sue Eakin.

If you’re an Oklahoma resident, Kathryn Stockett, author of The Help, will be making an appearance in Tulsa, March 27.

Modern Poetry in Translation magazine is currently hosting several Brazilian literature events throughout the UK this April and May.

Enjoy writing short stories? The 13th International Conference on the Short Story in English is currently hosting a short-story contest, with entries due by April 30.

Interested in Chinese literature and find yourself in need of a new book? This curated in-translation reading list by Mai Jia is just the ticket.

What is it like to have your work put under a microscope? Carola Saavedra, whose Blue Flowers has been the subject of a recurring Free Word Centre blog series the past few months, answers this question in a recent interview.

We bet you’ve used the phrase, “Can’t live with them, can’t live without them” before. Did you know it came from a literary source?

What inspires people to write? At the PEN American Center, young writers respond.