“Baseball’s time is seamless and invisible, a bubble within which players move at exactly the same pace and rhythms as all their predecessors.
This is the way the game was played in our youth and in our father’s youth, and even back then—back in the country days—there must have been the same feeling that time could be stopped.
Since baseball time is measured only in outs, all you have to do is succeed utterly; keep hitting, keep the rally alive, and you have defeated time.
You remain forever young.”—from The Summer Game (1972), by Roger Angell

The Los Angeles Dodgers defeated the Milwaukee Brewers in the winner-take-all game on Saturday night in Milwaukee, overpowering the Brew Crew 5-1. Coming off their game 7 victory, the Dodgers look to snap a thirty-year World Series drought, but it won’t come easily. LA is tasked with handling the red-hot Boston Red Sox, who have been waiting patiently in the wings after ceding the Houston Astros just one game in the American League Championship Series. Fenway Park hosts game 1 of the World Series Tuesday night, October 23, on Fox.

The Red Sox open up as the early favorite and look to carry their regular season and postseason success into the World Series. Boston hopes to add a ninth World Series ring to the franchise’s collection and make their mark on the storied tradition of the Red Sox organization. Looking to read up on the Red Sox before the Series? Look no further! 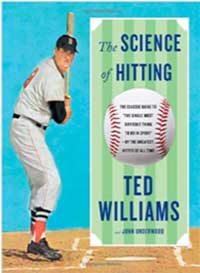 The Science of Hitting, by Ted Williams and John Underwood, chronicles the Splendid Splinter’s pursuit to become the greatest hitter of all time and shares hitting advice from one of the game’s greatest students. 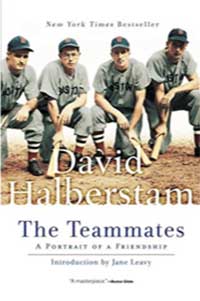 The Teammates: A Portrait of Friendship, by David Halberstam, explores the unique bond between Ted Williams, Bobby Doerr, Dom DiMaggio, and Johnny Pesky that was cemented on the ballfield but transcended the game of baseball. 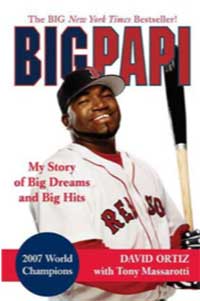 Big Papi: My Story of Big Dreams and Big Hits, by David Ortiz, is the memoir of a Boston legend. It would be hard to find a player loved more by a city than David Ortiz, and he shares his emotional story and journey to becoming one of the most beloved baseball figures of all time. 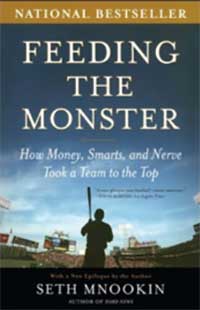 Feeding the Monster: How Money, Smarts, and Nerve Took a Team to the Top, by Seth Mnookin, is one of my favorite baseball books ever published. Mnookin shares the insider story of the Red Sox organization and gives readers an unprecedented look at what it takes to win championships at the highest level of baseball.

The Dodgers haven’t won a World Series ring since 1988, but they expect to change that in the coming weeks. Touting one of the best pitchers of a generation in Clayton Kershaw, LA will do their best to subdue the highly productive Red Sox offensive attack. As the Dodgers chase their seventh World Series championship, here are some books to catch you up on the unique bond between the City of Angels and their baseball organization. 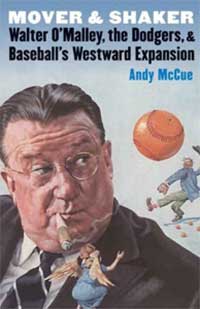 Mover and Shaker: Walter O’Malley, the Dodgers, and Baseball’s Westward Expansion, by Andy McCue, details the polarizing figure that uprooted the franchise from Brooklyn to relocate in Los Angeles. McCue differentiates fact from fiction in an attempt to bring forth an accurate account of Walter O’Malley’s life and decision to move the Dodgers west. 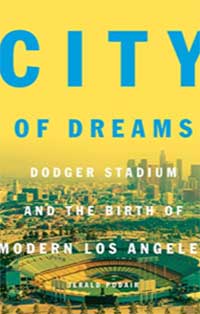 City of Dreams: Dodger Stadium and the Birth of Modern Los Angeles, by Jerald Podair, examines the impact of Walter O’Malley bringing the Dodgers to Los Angeles. Podair takes a particular interest in how the building of Dodger Stadium propelled the city into becoming the cultural capital that it is today. 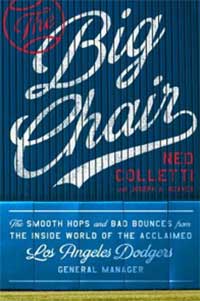 The Big Chair: The Smooth Hops and Bad Bounces from the Inside World of the Acclaimed Los Angeles Dodgers General Manager, by Ned Colletti and Joseph A. Reaves, gives an inside account of life as a major league general manager. With colorful stories and anecdotes unfamiliar to those outside the game of baseball, the book proves to be a compelling read for baseball fans. 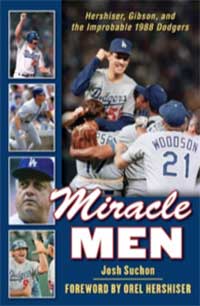 Miracle Men: Hershiser, Gibson, and the Improbable 1988 Dodgers, by Josh Suchon, tells the remarkable story of the 1988 Dodger World Series team. Suchon captures the baseball fever that swept across the city of LA and the improbable feats accomplished by the ’88 Dodgers on their way to becoming World Series champions. 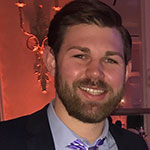