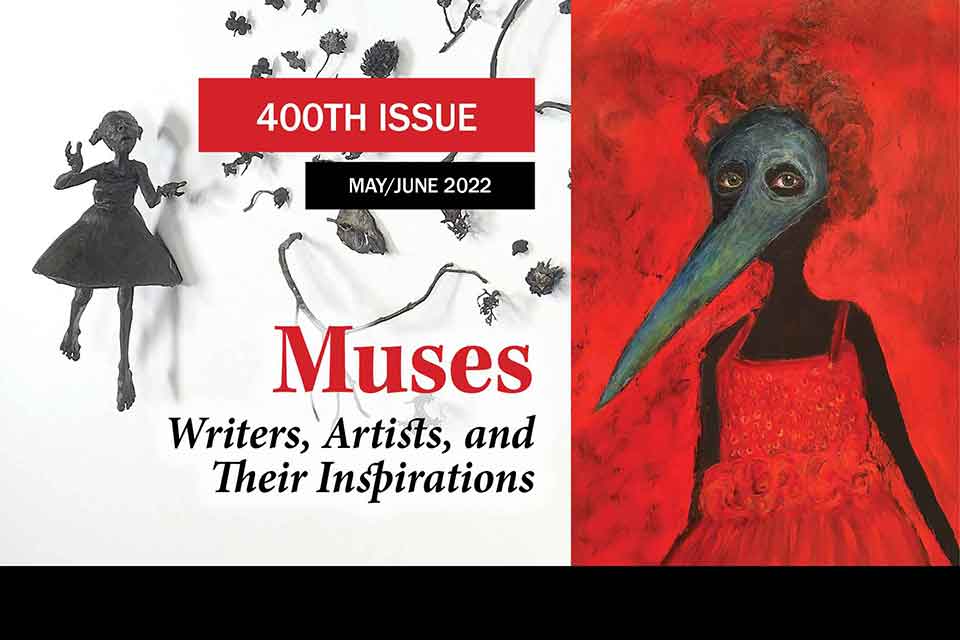 The May/June issue of WLT will be featured in a launch event in Oklahoma City’s Paseo Arts District on Friday, May 6. The public is invited to help celebrate the 400th issue of the magazine ever published.

The launch takes place inside Studio Six, 3021 Paseo, from 6 to 8 p.m. (no RSVP required). Gayle Curry, WLT’s art director, is one of the Studio Six artists who share the atelier and gallery space. Refreshments will be served.

Mustang-based cover artist Holly Wilson (Delaware/Cherokee) will be in attendance, and attendees can purchase signed copies of the print edition as well as one-of-a-kind art. A number of door prizes will be given out, including copies of two limited-edition trilingual broadsides by current U.S. Poet Laureate Joy Harjo and recent U.S. Young People’s Poet Laureate Naomi Shihab Nye; signed books by recent Neustadt and NSK Prize laureates and copies of Dispatches from the Republic of Letters, the 50th anniversary Neustadt Prize anthology.

In addition, WLT will recognize members of their Student Advisory Board who also serve as the creative team behind The Aster, a literary and arts magazine featuring the work of OU students. Winners of the 2022 Aster prizes in fiction, poetry, visual art and photography will be announced.

Kerri Shadid will also host her Poetry Stand, offering short, spontaneous poems for visitors using a word of their choosing as inspiration.

For more information on parking and accommodations, visit the arts district’s website. For questions or additional accommodations, please call (405-325-4531) or email the offices of WLT.