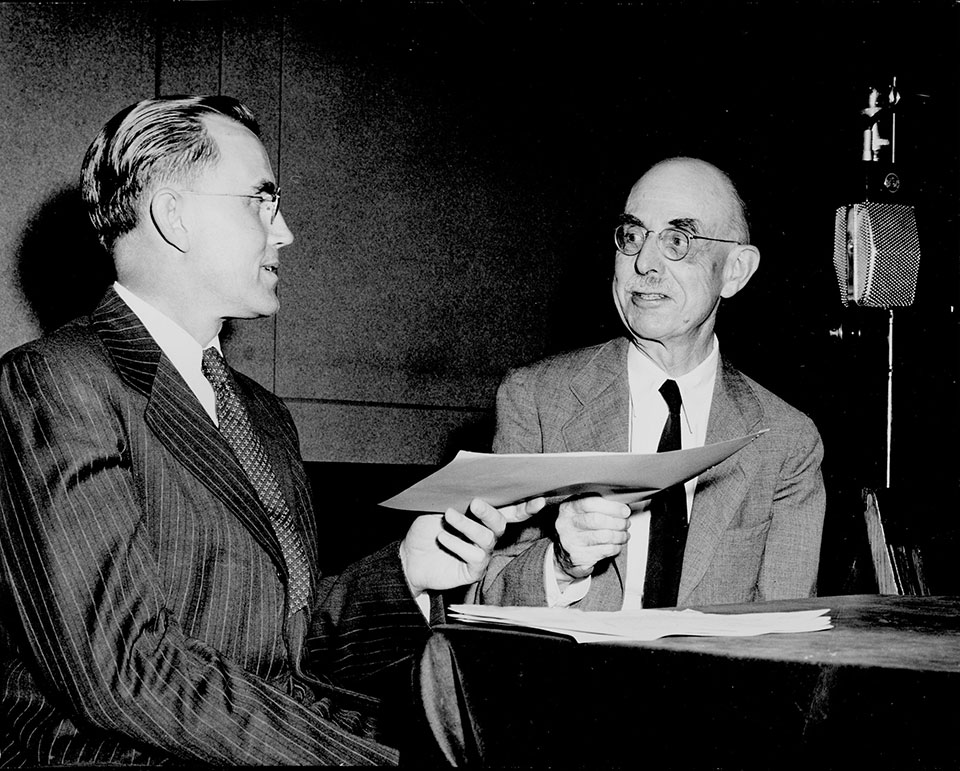 George Lynn Cross (left) interviewing Roy Temple House as part of his weekly broadcast on radio station WNAD, ca. 1947 (courtesy of the OU Western History Collections). Dr. Cross (1905–98), a scholar of botany, served as OU’s seventh president from 1943 to 1968. In The University of Oklahoma and World War II (1980), Cross notes that Books Abroad “brought prestige to the University of Oklahoma in all parts of the world,” which elsewhere he called House’s “greatest contribution” to the university.

This week marks the official 90th anniversary of the founding of World Literature Today, launched by an exchange of letters between founding editor Roy Temple House and University of Oklahoma president William Bennett Bizzell in October 1926. For more on the intellectual ferment happening at the university in the 1920s, read Daniel Simon’s note introducing the September 2016 issue. A timeline highlighting the growth of Books Abroad and World Literature Today across nine decades, plus video tributes, special offers, and book giveaways, can be found on our 90th anniversary page. Thank you for your continued support in helping us achieve our mission!