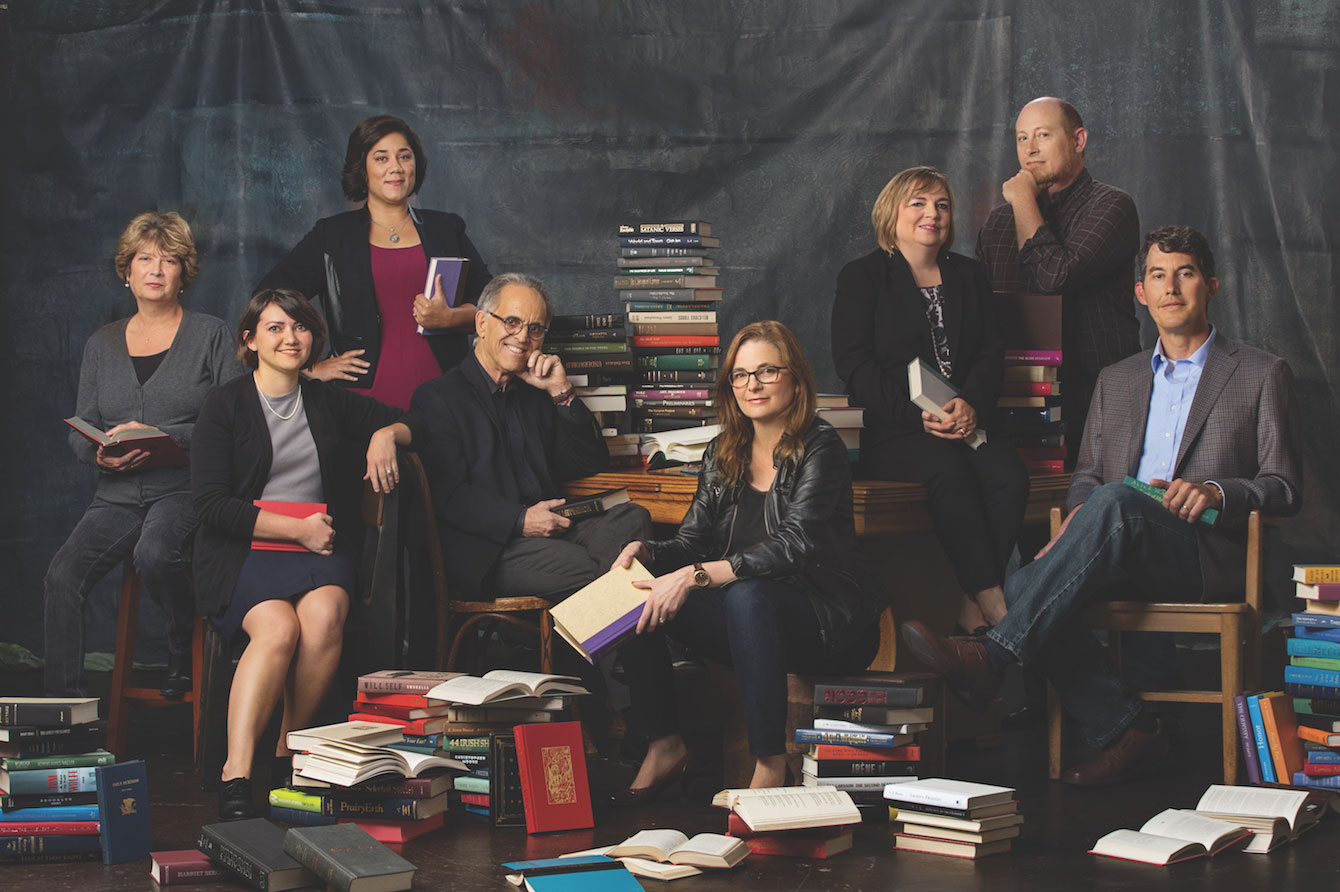 Feb. 8, 2017 (Norman, Okla.) – In London this morning, the shortlist for the London Book Fair International Excellence Awards 2017 was announced, with World Literature Today making the list in the Literary Translation Initiative Award category along with nominees from Singapore, Israel, and the US. World Literature Today executive director RC Davis-Undiano applauded the news: “This honor is validating and incredibly important to WLT. As you can imagine, in the monolingual US environment, WLT has often been one of the few champions for international literature and culture, knowing world languages, and the importance of translation. After 90 years of continuous publication, the editors at WLT are excited to see translation becoming valued in the world in ways that have always been important to WLT. Whatever happens in the final selection, we are honored and excited to receive this recognition for a cause that we believe in deeply.”

Across nine decades, WLT has led the way in (1) publishing and reviewing literature in translation and (2) recognizing and celebrating translators, covering literature in more than 60 languages. Translated literature appears in every issue of WLT, beginning with a translator’s column in the front matter; brilliant selections of translated poetry, short stories, and essays; translator interviews; and timely reviews of books in and about translation. WLT has also taken the lead in bringing translators and their art into the spotlight on its popular blog: translator essays and interviews, booklists of notable and forthcoming translations, bi- and trilingual poems with audio recordings, and translated fiction have all been mainstays of WLT’s online presence. In a recent post, Hindi poet Geet Chaturvedi writes: “In the history of tongues, therefore, the tongue of the translator is the most selfless. The tongue of the translator, which even fire cannot summon courage to burn.”

WLT contributing editor Armando Celayo, a PhD student at the University of East Anglia, will travel to London to attend the LBF International Excellence Awards banquet on March 14 at the Conference Centre, Olympia. Celayo received his undergraduate degree from the University of Oklahoma.

An award-winning magazine of international literature and culture, World Literature Today is currently celebrating 91 years of continuous publication. The magazine has been recognized by the Nobel Prize committee as one of the “best edited and most informative literary publications” in the world, and the Utne Reader called WLT “an excellent source of writings from around the globe by authors who write as if their lives depend on it” (January 2005). WLT has received over twenty national publishing awards in the past dozen years and a 2016 Oklahoma Governor’s Arts Award.