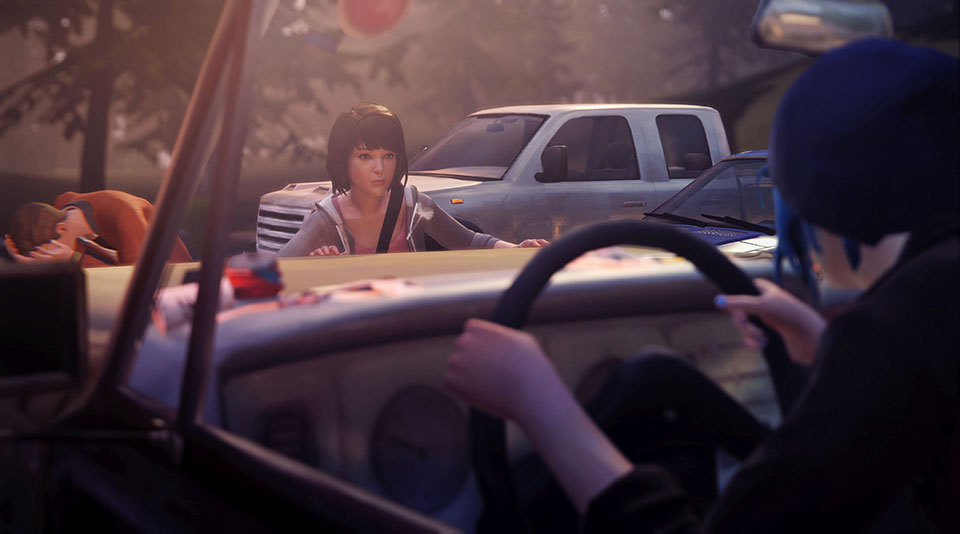 The game Life Is Strange from Dontnod Entertainment features a vast choice system and great writing.

Narrative form has come a long way from its antiquated beginnings. From verbal storytelling, to the development of written structure, and further growth through different techniques, ideas, and sensibilities, this progress has been especially noticeable within the last two centuries with the rise of radio, television, and the Internet. These new mediums have allowed storytelling to evolve and express itself in many new ways in a considerably short amount of time. Within this new realm of technology and advancement, perhaps the most overlooked yet most innovative medium for storytelling is the video game.

Video games are regarded by many people to be frivolous excursions with little to no artistic or literary value. In 2010 the famous critic Roger Ebert wrote an article claiming that video games could never be art, stating that “no video gamer now living will survive long enough to experience the medium as an art form.” His argument states that although the definition of art limits the capacity to which we can validate this opinion, video games will never be art because there are no current examples of video games that could be comparable to any great literary or cinematic masterpiece that has previously received the status of being called “art.” Yet this view is limited in its ability to perceive a video game’s worth outside of comparable and antiquated means. Must a video game be on par with such literature as Dickens’s Great Expectations or Tolstoy’s War and Peace to receive recognition?

This same discrediting attitude is still often directed at the literary merit of comics and graphic novels. I have often found it the case that when asked what my favorite books are, my mention of Watchmen has often left people looking skeptical or correcting themselves by asking for “real novels.” Yet the authors and illustrators of comics and graphic novels have proven their place in literature. A look into WLT‘s March 2016 issue featuring international comics is one way to challenge preconceived notions of their literary worth. From the avant-garde works of Ilan Manouach to Anke Feuchtenberger’s narrative that is considered “graphic poetry more than conventional comics,” it’s plain to see the literary and artistic depth of comics.Graphic novels have brought to the literary world a new form of storytelling through the use of imagery to tell a story. Much like a movie, the graphic novel’s images are used to convey the objects, places, and people that make up the story.

As a combination of the visual enterprise of film and the innovative structure of graphic novels, video games are able to do things with narrative that no other medium has done before. For me, the main appeal of narrative video games is the sense of control you get from playing the game. What you can read about upon pages from a novel or comic, you can instead moderate for yourself. This provides players with a new relationship toward the characters and story that can’t be experienced through written means—they feel as if they have some governance over how the story progresses and what happens. This sense of control you receive from video games has been even further explored in more recent years through the development of video games with branching narratives and nonlinear stories. As novelist and game developer Naomi Alderman recently wrote for the Guardian, interactive and multistranded novels are already here (as video games), and they are “the most lucrative, fastest-growing medium of our age.”

As a combination of the visual enterprise of film and the innovative structure of graphic novels, video games are able to do things with narrative that no other medium has done before.

Independent game developer Telltale has recently made large strides in the way these interactive-storyline games have influenced narrative structure. Their game series The Walking Dead and Game of Thrones have opened the doors to a whole new method of experiencing story: what is exceptionally noteworthy about these two games is not the multiple-choice aspect but the extent to which these multiple choices can affect the game. The consequences of actions chosen in parts of the game can greatly branch the path the story is progressing in and can critically change the outcome of the narrative, resulting in multiple endings. This is further intensified by the fact that the choices you make in one game can carry over to the next game, as seen between The Walking Dead’s season one and season two, in which some of the characters and events can be changed depending upon what choices were made in the previous game.

The Walking Dead series is a new story set within the world of Robert Kirkman’s hit comic series of the same name, and Game of Thrones is set within the world of George R. R. Martin’s popular book and television series. These games based on popular, existing literary works also give readers a new interactive story with some familiar settings and characters they can interact with in a way that cannot be found in their source materials. The titles add new content to the series, and even if you are not familiar with the source materials, the games still offer a unique and comprehensive experience that can be enjoyed by anyone.

Telltale is not the only game developer making the case that video games can be digital literature. Before Telltale’s The Walking Dead came out, Quantic Dream’s Heavy Rain took the video game scene by storm with its complex story, characters, and choices. The drama action-adventure game, whose story was written by David Cage, won a BAFTA Games Award for Story, and WLT’s international crime-and-mystery columnist J. Madison Davis said it “may be David Cage’s thriller masterpiece.” The games Life Is Strange from Dontnod Entertainment, with its vast choice system and great writing, and Until Dawn from Supermassive Games, which features innovative story choices within the horror genre, are both titles that further developed interactive storytelling and have found great praise in their works. These episodic adventures present a cohesive story that make the player feel in control while wanting to see the story’s ending. In a similar fashion, titles such as Planescape: Torment, The Last of Us, and Gone Home have received critical praise for their storytelling in the past few years. Narrative in video games is becoming even better through the years, and there are an increasing amount of titles that prove themselves to have amazing initiative and creativity within the storytelling world.

The interactive narrative is still a new form of digital literature that is continuing to grow and change in new, exciting ways. Many game developers have made great efforts at pushing the boundaries of what is now possible within storytelling, and video games such as this year’s SXSW Excellence in Narrative nominee Her Story and winner The Witcher 3: The Wild Hunt have proven themselves to have plenty of literary merit. Video games are still a new enterprise and have still not found their full potential. Yet recent games have shown us a glimpse into the future of the industry and the possibilities it holds for storytelling.

Editorial Note: Check out our “Digital Literature Gaming List” to get some game recommendations based on their coordinating literary genres.

Randy Joly is a WLT intern and is an English Writing major at the University of Oklahoma. His interests include fantasy and science fiction novels, poetry, and video games.