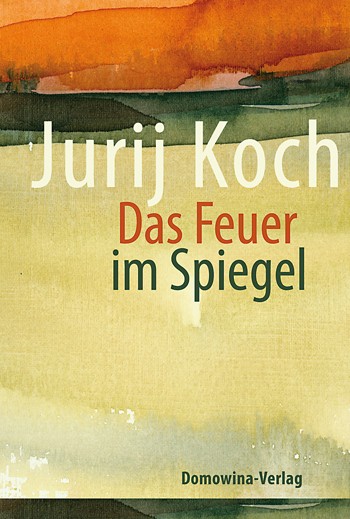 One of the most interesting hidden chapters of modern German history remains the story of the Sorbian communities of Upper and Lower Lusatia (Ober- and Niederlausitz) in the former East German states of Saxony and Brandenburg. The Sorbians are a West Slavic people speaking a language akin to Polish and Czech, and in addition to a fascinating linguistic evolution, an understudied cultural formation and (re)awakening, and a precarious existence as a minority under various German political systems, they also have a worthy bilingual (if late-blooming) literary tradition. Sorbian novels and stories, for instance, can be more than just good writing: they often provide testimony on the dirtier sides of modernization (quarries, exploitation of forests, and open-pit coal mining) and perspectives from unique angles on royal Prussian, Nazi, and Communist politics.

Jurij Koch (b. 1936) is one of the premier Sorbian writers of our day. Like his somewhat older compatriot, Jurij Brězan, almost none of his works have appeared in English translation. Both of these men wrote engaging memoirs, and it is Koch’s childhood memoir, covering the period from 1941 to the early 1950s, that is under review here. Koch’s short book was composed in deceptively simple German, but it contains a high quotient of neologisms and regionalisms that give it a fascinating texture. The themes and timeline parallel the language, then, in their polyvalence; these are the memories of a childhood filled with games, local color and characters, and the happiness that comes from the misperception and protection we wish for all children faced with the ultimate adult ugliness of war, genocide, and occupation. But by page 6, words like “amtsrichtig,” “aktenkorrekt,” and, most tellingly, “deutschamtlich” start to appear, because everyone has two names, and sometimes two complete identities—one for the local Sorbian (and mostly safe) world and one for the menacing German world outside. In a few strokes of the pen, Koch very effectively conjures up the fearsome local Nazi military commander, “iron Schörner,” as well as knots of spectral returning soldiers and even a small straw box made as a gift for his father by a Ukrainian POW.

Although the villagers are isolated geographically in their little villages around the municipality of Horka, their world is considerably and involuntarily widened as soon as Russian-speaking POWs show up in a local labor camp. The Slavs all make themselves understood to one another, a process that is an important part of survival as melting Nazi power is replaced by Soviet divisions. Noncompliance with Nazi policies is neither always dangerous nor always successful. Even having two names (Maria and Hana) does not save the Jewish girl hiding in plain sight in Koch’s village. They see the glow of firebombed Dresden from a distance and live through brutal rounds of revenge murders at the war’s end.

But in 1947 little Jurij is sent, for obscure if well-nigh miraculous reasons, to a Sorbian-language school just over the border in Czechoslovakia. A sense of emotional ease and material well-being accompanies the children’s awakening to the unifying aspects of Sorbian culture. For two years they engage in a cogent study of Sorbian language, culture, and history for the first time, but Koch also credits the adults in his hometown (in “the German land,” as he calls the GDR) with various milestones in his awareness and cultural literacy. Furthermore, the memory of the generosity and “widened horizons” he experienced among the Czechs stays with the author his entire life.