A Brief Conversation with Kim Kyŏnguk 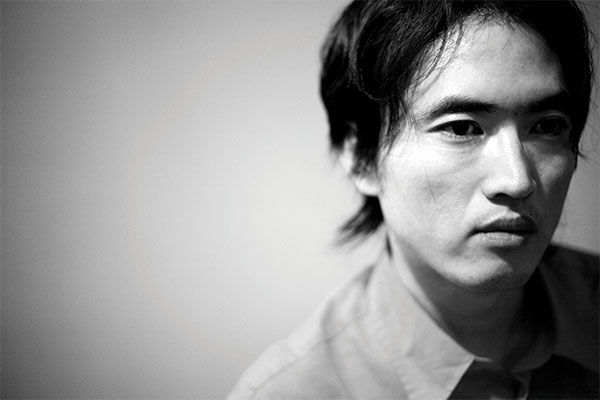 Kim Kyŏnguk (b. 1971, Kwang-ju, South Korea) earned his bachelor’s in English and master’s in Korean literature from Seoul National University. Since his debut story, “An Outsider,” won the Writer’s World prize for best new writer in 1993, Kim has published six story collections and five novels. One of the most prolific writers and astute observers of contemporary life in South Korea, Kim has received numerous prestigious literary awards such as the Hyundai and the Dongin prizes.

Kim Kyŏnguk: I borrow from other media to enrich content, rather than breaking the boundary of the form. I did attempt to adapt various media into the novelistic form. For example, “Is Leslie Cheung Dead?” imagines a number of online readers and concludes with fictional replies, as if this story were posted on the Internet.

These days, however, I am interested less in formal experimentation than in the ways different media evoke different desires and vice versa (e.g., how people project their desires onto different media). One of my recent stories, “Risky Reading,” revolves around a book therapist who becomes attracted to one of his female clients. Considering human life as a text to be read and interpreted, the book therapist continues to “read” her through the Internet after she stops visiting him (logging into the Cyworld, a social networking site that was once hugely popular in South Korea).

WLT: You have a story collection called Who Killed Kurt Cobain?  Has American popular culture been a significant influence on you?

KK: “Who Killed Kurt Cobain?,” an eponymous story included in the collection, is not about solving the mystery of the rocker who died too young. Rather, the story takes issue with late-capitalist society in which reality and its simulacra often change places. As with the T-shirts that have Che Guevara’s face printed on them, late capitalism readily turns criticism against it into a commodity. I read this type of irony in the talented rocker’s thunderous success and premature death, an irony that inspired this story.

American popular culture, film, and music, in particular, inspired me a lot in my twenties. Although it remains a source of inspiration, my interests are now largely in ironies embedded in American pop culture, exemplified by the life and death of Kurt Cobain. This is why I love the Coen brothers’ work; it is studded with ironies glittering like jewels.

WLT: Is American popular culture generally influential in South Korea? Are these references commonly known there?

KK: American popular culture is still influential here, but I believe its influence has been decreasing. For instance, an Oscar-winning film once had box-office power, but this is not the case any longer. Young people here like Korean film and K-pop better than American film and pop songs. I speculate that this is because Korean pop culture is enjoyed worldwide. The number of talented young people who opt to work in the popular culture industry is increasing.

WLT: WLT is excited to be the first to publish your work in English—the story “99%,” which is on our website now. Can you tell us about your inspiration for this story?

KK: This story was written when extra-dark chocolate was popular. I was inspired by 99 percent cacao chocolate bars. I have a habit of choosing the title first and then writing. I wanted to write a story that would taste bitter like 99 percent cacao chocolates. I was lucky to come across the title that tickled my mouth into telling a story. Once I had the title, “99%,” details followed: advertisements that take advantage of the paradoxical desire of the 99 percent average Joes who both despise and covet the 1 percent; ambivalent desires of those who work in the advertising industry. All I did was to write down what was dictated by the title.

Translation from the Korean
By Soo Y. Kim