Marie and Frank were lifelong renters, and though moving their things out of a house was like unloading a ship, their old house didn’t sail away. It sat there, on the South Dakota plains, waiting— 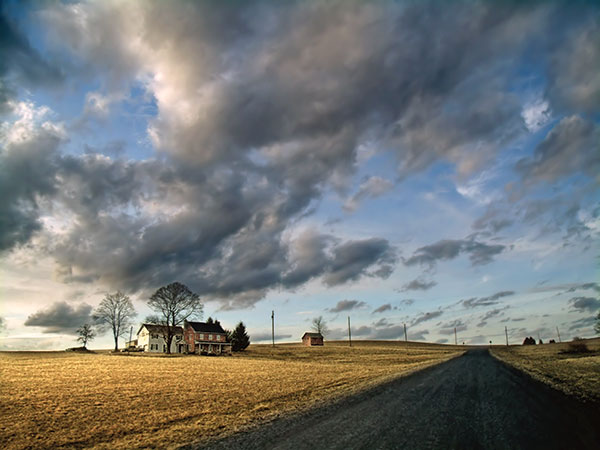 Frank had never been one to fight back in the heat of any moment. He would usually wait a few days and then state his opposition to some plan or another of hers without warning. As a strategy for getting his way, this usually failed miserably. Marie had just stepped out of the bathtub when he announced: “Since when have you needed my permission for anything, ever?”

“Is this an ambush?”

He tried to hand her a towel. She wouldn’t take it. She stood and looked at him, dripping, waiting.

“I’ve been giving it thought.”

“The question of a firearm.”

“Oh, that,” she said. “I’m not asking. I want it. They’re two entirely different things.”

“We’re going to keep up with the treatments. Another six months and we’ll know—”

“Bad enough every doctor lies to me but to have you too. Frankly, Frank—”

“—and if we want a second opinion before then, we can always go to Sioux Falls—”

“Whether I’d ever have the guts is another story. I want the comfort. That’s all. Look at me.”

He tried giving her the towel again. She wouldn’t take it and stood there, water on her bony shoulders.

“Not very comfortable for me.”

A half hour later, he went down into the basement and rummaged around. Most of their stuff was still unpacked from the move. He found his 20 gauge in a narrow cardboard box that also held the vacuum cleaner and a barbell. A few times a year he went pheasant hunting with colleagues from his department. He walked slowly up the stairs. She was standing at the kitchen sink with a mug of coffee. He put the shotgun on the table.

“I’ll have to buy some shells.”

A few days after that—or was it a few weeks—Frank drove by the old house. Lack of sleep was warping time. It was six-thirty in the evening in mid-September and the glass in the big front window was burning in the slowly dissipating light. Frank slowed down, considered stopping, but didn’t. It felt disloyal to even look at the place. Still, the further away from the house he drove, the more he saw the blur of those flames in the window.

Cleaned out, not much of a trace of the years they spent there except possibly the remains of Marie’s garden.  Years ago, he built a snow fence to protect the garden from the wind. Marie would spend Sunday out there, squatting and puttering, talking to her plants, coaxing the soil. He thinks of a few stubborn tomatoes, withered lettuce, some hearty beets. Between the two tall maples in the side yard maybe there were a few broken plastic clothespins in the dirt. Moving your stuff out of a place is like unloading a ship, except an empty house doesn’t sail away beyond the horizon. It sits there and waits for you to return. All you have to do is head west on Route 14 because you don’t want go home right away, and there it is, halfway to Volga, the house, the house. It was never theirs, legally anyway. Though they didn’t have to be, Marie and Frank were renters. They’d never wanted to be beholden. Renting had always felt more free. They could always pick up and go somewhere else, which must be why they never did. If you make the choice, you lose the choice. When they moved back to Brookings to be closer to the clinic, they thought about buying a place, but they were in their mid-fifties now. What would be the point? Especially now. All things being equal, which they weren’t, wouldn’t rent and a mortgage amount to pretty much the same thing for a couple without kids? In their mid-forties, they’d said the same thing. How did they think they’d avoid becoming beholden? Frank turned the car around. As he drove back east, he passed the house once again and thought of them at the window. How many times had the two of them stood at the window?

Neither Marie nor Frank were natives. In 1975 they’d moved here from Chicago to teach at South Dakota State. Marie was a nineteenth-century Americanist; Frank taught classics. While the favorite pastime of many of their colleagues was to try and conjure up what heinous crime they must have committed in some other life to deserve exile in this moonscape among the earnest corn fed, Marie and Frank had come, over the years, to consider eastern South Dakota the only place that would ever be home. Surrounded on all sides by the gentle undulations out near the edge of the horizon—to call this flat isn’t really to look at it. The land rolls, as if it’s always in motion, like the sea it used to be. The switchgrass leaning away from the wind. Here and there a clump of trees, and a little over a mile from home, what used to be home, but still on the property, a hidden arroyo, a secret wound in the earth. Only Marie and Frank knew where it was.

But for those front windows, the house itself had been nothing special. The bedrooms were tiny squares, though there were more of them than they needed. They each had one of their own for an office and one together, which had made them feel a little ludicrous and also rich. Sometimes they’d invite each other to their office. Even as recently as a couple of years ago, they still did things like that, slide messages under doors in their own house. Hey. You busy? Once or twice a summer, they chained Rudy up (they hated to do it, Rudy liked nothing more than roaming alongside them, this was the single exception), walked to the arroyo, climbed down to that grove of soft sand, and put down a blanket. Nobody knew it. It wasn’t like they showed off to their friends. Look at us, after all these years.

One morning he woke up and realized he’d dreamed without her. Not only was she gone, but inside the dream he hadn’t seemed to realize it. He’d watched himself stand on a balcony overlooking a beach. What beach? What sea?

It was Marie who had found the house. It was Marie who had insisted, so many years ago now, that they live outside of Brookings. Frank had protested, asked what would be the point, it’s not like we’re tenant farmers. But Marie said, “If we’re going to live here, let’s at least endure the landscape.”

It had been a long time since anybody farmed the land that went with the house. Schactler, their old landlord, had two other farms in Beadle County, but always meant to restart operations on theirs. Every time he came by to collect the rent, he said, “Won’t be long now before you hear the sound of the tractor out here, you two won’t mind the noise?” But neither of his sons came home from college out of state as they’d promised. Nothing made Schactler prouder than that his sons were too good to come home and work the land with their father. Even so, he slaved like a dog keeping the other farms going, and so was content to get a little house rent off the third place. Schactler once said renting a house was one thing, to rent out land another. He couldn’t stomach what another man might do with it. Like your woman, he'd said, winking. Marie said Schactler might be an unreconstructed Neanderthal, but what he said about land made sense. There’s a way to call something sacred without getting all high and mighty. After his wife died, Schactler began to slow down. He stopped talking about farming the third farm, stopped talking about his boys coming home. Mrs. Schactler had been a kind, shrewd woman who always complimented Frank on Marie. What’s a homely looking character like you doing with a brainy sass like that? And she never got on them, even with her eyes, as god knows so many other people did for years, about where were the children.

In early May, Schactler used to light a controlled burn to prepare the fields around the house for the planting he never got around to doing. The glow of those fires. How they’d turn off all the lamps and stand at the window and watch the flames poke up into the night. Last he heard, Schactler was in a nursing home in Aberdeen. Soon his boys will come home at last and sell all three farms.

The way the night wind would press against the big window, as if someone was out in the dark pushing against it with both hands.

In the old kitchen, her head lying on a stack of student papers, her eyes wide open, the sun a rising layer of pink on the outer fields.

“Even the plants exhaust me, the toaster—”

Raising her head in the blue dawn, eyes blazing, not tired at all.

“Stop being terrified, Frank. We can’t both be. Who’ll remember to feed the dog?”

“Furthermore, it’s a zoning issue. You can’t just bury somebody—”

And last night, after driving by the old house, he did find Rudy barking along the fence line of the new house when he pulled up. He leapt out of the car and flung open the front door and found her lying on the couch, her head thrown back against the armrest, a book on the floor. He ran across the carpet, knelt, and gripped her knees. He looked up at the bare walls. Their paintings and posters and framed photographs were still in boxes from the move, though they had already lived eight months in this new place. Couldn’t he at least have unpacked a few and nailed up some pictures? Why had he waited so long? He gripped her small knees. The leash of the oxygen tank gently resting on her bare clavicle. After a moment, under his own heavy breathing—hers, shallow, nearly silent. He lifted his head and watched her and waited for the relief that was sure to wash over him. He waited and still it didn’t. The fires, M, do you remember Schactler’s fires? 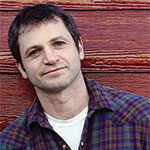 Peter Orner is the author of Love and Shame and Love, a New York Times Editor’s Choice Book, and The Second Coming of Mavala Shikongo, a novel set in Namibia and a finalist for the Los Angeles Times Book Prize. Two books will be out in 2013, a reissue of his first book, Esther Stories, and a new story collection, Last Car over the Sagamore Bridge. Born in Chicago, Orner lives in San Francisco.