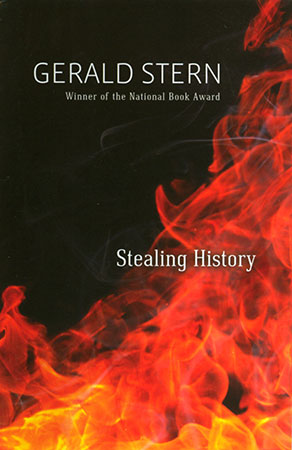 Gerald Stern takes seriously the etymology of the word essay, from the Old French essaier, meaning to attempt or try. Stern’s book contains eighty-four attempts at topics ranging from politics to poetry to religion to pure personal reminiscence. Titles include “Rome and the Jews,” “Education of the Poet,” “Uncle Harry and the Robin,” “Larry Levis, Carvaggio,” and “Israel.” These are not essays in the argumentative tradition of Orwell or Hitchens. Rather, they take the essay back to its roots in Montaigne’s exploratory prose, dropping the reader into the middle of a topic and asking him or her to join the author in feeling a way out. Stern offers an intriguing origin for this discursive approach: “It says, in Schechter, that Luzzatto (a famous Venetian rabbi) remarked that it was rarely given to the Jew to write a systematic piece of work reproducing all his thought in a methodical way. Rather, the strength of the Jew lay, according to him, in occasional notes and stray remarks and abrupt flashes of thought. An exaggeration, says Schechter, but I feel comfortable with it myself since it describes my own style of writing.”

Whatever its origins, the result is a book that is entertaining and eclectically informative, a book in which you can learn that Stern was “exiled” from the main campus of Temple University to the then-separate Tyler School of Art for the crime of leg wrestling with a colleague on the floor of the faculty lounge or that Simone de Beauvoir, when visiting New York, most likely stayed at the New Yorker Hotel, now owned by Reverend Moon, or that “it takes fourteen days for a male dragonfly to reach sexual maturity, and they can live eleven days after that.”

These essays seem to owe much to the prose poem, a form in which Stern has shown himself proficient. James Longenbach, in The Art of the Poetic Line (2008), describes the particular strength of the prose poem as its ability simultaneously to arouse the expectation of the linear, logical thought we associate with prose and to undermine that expectation through the associative logic of poetry. Stern’s presentation of these works as essays is perhaps, then, a radical version of the prose poem as guerilla warfare against respectable prose composure: “Why don’t girls spit like boys, women like men? One day Joe Tolochko’s beautiful sister walked a few blocks with me on our way to school. I was fourteen or fifteen and she was probably seventeen. I was embarrassed and awkward and I spit several times, for which she chided me. Dear Joe, a walk-on, like me, on the freshman football team at Pitt, in 1942. A superb end. We called them hockers. Clams.” The tension between the demands of essay and the demands of poetry enlivens the book with an exuberant and intelligent recklessness, making it a memorable and worthwhile read.