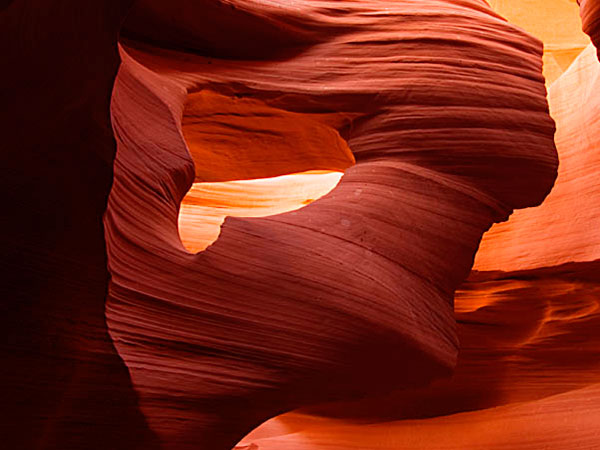 I was born on a Tuesday in April.
I didn’t cry. Not because I was stunned. I wasn’t even mad.
I was the lucky egg, trained for gratitude
inside the belly for nine months straight.

Two workers welded bunk beds at the end
of the delivery room. One on top of the other.
My universe might have been the white chalk lime ceiling
or the embodiment of Einstein’s bent space
in the aluminum spring bed above
flexible only at the center.

Neither cold, nor warm.
“It was a clear day,” my mother tells me.

It’s hard to believe
there were a few romantic evenings
when I was conceived, a buzz in the retina
and a red panty-like magma
decadently spilling
from a silver candlestick.

Infants’ cries and milk fever
turn to salt from the stench of bleach,
abrasive, unequivocal.

With a piece of cloth wrapped on the end of a stick,
the janitor, casually, extends negative space
the black and white tiles of the floor
like a mouth of broken teeth, a baleen of darkness
sieving out new human destinies.

1968. At the dock, ships arriving from the East
dumped punctured rice bags, mice
and the delirium of the Cultural Revolution.

A couple of men in uniform
cleared out the church
in the middle of the night.
The locals saw their priest in the yard
in underwear, shivering from the cold
their eyes questioning one another in disillusion:
“Wasn’t he the one who pardoned our sins?!”

Icons burnt in front of their eyes,
icons and the holy scriptures.
Witnesses stepped further back;
as if looking at love letters
nobody dared to claim.

Crosses were plucked from graves. And from each mouth
– irreversible promises:
dirt mounds the rains would even out
sooner or later.

Children dragged church bells by the tongue
(how did they not think of this before?!)
Overnight, the dome was demolished, suddenly revealing
a myriad of nameless stars that chased the crowd
like flies after a dead horse.

And what could replace Sunday mass now?
Women took out cauldrons in the yard.
Men filled up their pipes.
Against gravity, smoke rose up.
Nails in worn out shoes exposed stigmata
that bled in the wrong places –
a new code of sanctification,
of man, by man.

“Read!” – I was told. Who said that?
Angel Gabriel or my first grade teacher
with dark roots
underneath her bleached curls?
Language came fragmentary. Divided in syllables
spasmodic
like code in times of war.

“Continue where your classmate left off!”
A long sentence tied us to one another
without connotation as if inside an idiom.
Someone would get to read the noun, another the verb,
a third one a pronoun . . .
I always got the exclamation mark at the end
a mere grimace, a small curse.

A tall cast-iron stove below the portrait of the dictator,
puffing smoke from its temples, enough for everyone.
On the blackboard,
leftover diphthongs from yesterday or the day before
rubbing like kittens.

After dusk, I looked for another language outside the window
my eyes glued to a constellation,
(they call these types “dreamers”),
when my discovery might have been a journey to the past,
a galaxy already dead, inexistent,
the kind of news that needs millions of years
to reach me.

“Read!” – the angel shook me for a third time
her finger pointing to an arbitrary word
a million light years apart from its object. (It didn’t matter who was first).
A negative space that sketched my onomatopoeic profile
of body and shadow in an accidental encounter.

Language is erosive.
It makes us recluses like wind in the canyons
where our paleontological eras
are easily made out.

Under the revised testament of my skin
bellows a gold-cast bull, an alluring object,
a need for attention.
Then comes the unleavened bread and a last supper,
which, surprisingly, is repeated several times
between ice periods.
Lower yet, Sodom.
I recognize it from the stench of sulphur.
I hold my nose. Freud would have done the same.
And then Cain,
a crow taught him how to bury his own brother . . .
And at the very bottom,
Adam’s gentlemanlike sin
under whom, scientists
discover earlier epochs of famine.

Between these, unidentified layers,
wanderings in the sand searching for a new prophet . . .

I try to understand my people.
Their language is plain. Some words, in fact,
were never uttered, like pages stuck together
freshly out of the press
even as the book has long sat on the shelf.

This, too, lives inside me
within insidious bubbles of air, negative spaces
where I can find little historical rest,
but also from where utter ruin may originate.

Little remains from the snow of three days ago.
Like a blanket forcefully pulled, it exposes
dog shit and the bruises of routine.

Negative space gives form to the woods
and to the mad woman – the silhouette of goddess Athena
wearing a pair of flip flops
and an owl on top of a shoulder.

It’s minus zero. The factory’s gate gnashes its teeth
behind the last worker’s back. Blowing noses, shivering, mucus . . .
A virus circulates round the workplace,
secretly, touching intimately one person after another,
a current of sensuality.
It softens the tone.

But nothing unites them more than their frailty
the one-size-fits-all shoes you must grow accustomed to
filling the extra space with cotton
or shrinking your ill-fitting toes.

In Halil’s yard
rules were a sacrilege
his eight children entertained themselves
carrying famine on their shoulders
like St. Bartholomew’s flayed skin.
Starved little ones, filthy,
hazel-eyed,
three qualities that surprisingly go together
like sneezes
when suddenly exposed to bright light.

One’s famine was another’s consolation.
“Look at them! It’s a sin to complain; There’s much worse than us!”
But even Halil had his own formula,
the old woman, Zyra, “barren and paralyzed”,
the root origin of despair.

This was our highlands landscape,
multi-layered
where on the roof below their own
each family read an expiration date.

Schadenfreude was the only river
that made the mills turn.

But if this hierarchy were suddenly destroyed,
and our roof gave the first sign of ruin,
my mother planted tulips in the garden, white tulips,
our false image -
a scarecrow to keep predators away.

Nearly nothing was mentioned in the letters he sent from prison,
just two lines, on top of the page:
“I am well . . .” and “if you can,
please, send me a pair of woolen socks”.

From them, I learned to read between the lines –
negative spaces, the unsaid, gestures,
insomnia that like a hat’s shadow
fails to shade one’s chin and ears.

And, in the photographs’ white background, acrophobia
which gives eyes their color: blue, green, grey
and ultimately, chestnut brown,
as, earthward, we lower our gaze.

I learned to read the empty spaces the dead left
– a pair of folded glasses
when reading is over and discourse commences.

Or the musical chairs game which is to say, love,
where there are less empty seats than people.
And if you don’t want to be the last one standing
you better predict when the music will stop.
(But who’s ever succeeded so far?)

Perhaps, a little practice can be useful in this case.
I don’t mean squatting, jumping, stretching muscles,
but listening to the same music every day from the start,
the same miserable vinyl record
so that you’ll recognize its cracks
before it recognizes your own.

Midnight. Snoring,
meaningless sounds that char like graffiti
the side of the wall that belongs to no one.
So what place are we in? What dimension?
Who foots the bill on a time like this without lambs or sinners
when even angels take down no notes?

The street across clearly visible
under the neon of the “24 hour service” ad
above a funeral home.
Next to it, until a few months ago,
there was a music shop
that closed down
with which the funeral home shared a wall
the same water pipes and the same gate to heaven.
But the coffins won,
the wide-shouldered coffins that narrow down
according to mummy moulds, not humans.
Wood of the highest quality, swears the owner
and pure silk inside, pleated like a stomach
that can digest even a bulldozer.

When asleep we’re simply five limbs. Starfish.
If you cut one, it will grow back.
Even a single limb could reconstruct us from the start,
negative spaces with five angles
that resist self-knowledge
like the dust-filled empty space in the music shop
waiting for a tenant.

No one knows the reason or if it’s a matter of mixed genes
why I used to see what I wasn’t supposed to see – the end of things,
not a mystical gift, but like a clot
to the dark blood of the vein, I held on to reason
which circulates bottom-up
and not the other way around as we were told.
I used to start from the edges
and with a left hand or a croupier’s stick
gathered the balls and dice from the corners to myself;
not a winner, but not a looser either
watching the bet-makers.
And there’s nothing sillier
than a film watched in reverse
where after the climax, the protagonists are replaced by circumstances
and circumstances by minor characters, their tongues plastered
behind a single, fatal smirk.
Life and my short lunar calendar slipped away
like carbon paper sending off as much light as needed
skipping the details, contrasts and sharp colors.
Lunar time is short. Until the physical end, there are enough years,
– negative space.
What to do with them, when the verb has already been uttered,
conclusive, like the sentence in a Latin syntax
or more than that:
didactic.

The front row desks were always empty.
I never understood why.
Second row was all smacking lips
of those who recited lessons by heart.

In the middle, were the timid ones
who took notes and stole the occasional chalk.
And in the last row, young boys craning their heads
toward beauty marks on the necks of blond girls.

I don’t remember the teacher’s name, the lab,
or the names of the portraits on the wall,
except the orthopedic irony clinging to his stumped arm
like foam at the Cape of Good Hope.

When his healthy arm would point out Bismarck,
the hollow sleeve looked in an unknown direction.
We couldn’t tell which of us was the target, which not,
questioning this way
even that minimal identity
we already thought we owned.

From his insatiable mouth flew out battle dates,
names, causes. Never resolutions, nor winners,
because we could hardly wait for the bell
to write our own history
those days when we knew roughly everything.

But sometimes, his hollow sleeve
was warm and human like a cricket-filled summer night
waiting to land somewhere. On a valley or roof.
It searched for a hero among us,
not among the athletic or sparkly-eyed ones,
but among those “stained” with innocence.

One day, each one of us will be that teacher
in front of a seventeen-year-old boy or girl with a beauty
mark on her neck.
And the desks on the front row will remain empty,
suspicious like the stumped arm of history
which makes the other arm appear omnipotent.

Translations from the Albanian
By Ani Gjika 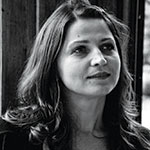 Winner of the Albanian National Silver Pen Prize in 2000 and the International Kristal Vilenica Prize in 2009, Luljeta Lleshanaku is the author of six poetry books in Albanian and three in English: Fresco: Selected Poems (New Directions, 2002), Child of Nature (New Directions, 2010), and Haywire: New & Selected Poems (Bloodaxe Books, 2011), a finalist for the 2013 Popescu Prize.