What to Read Now: Egypt

The following books offer insights into the hot, gritty quotidian of a desert nation and the machinations of an authoritarian power structure as integral to Egypt’s character as the Nile. 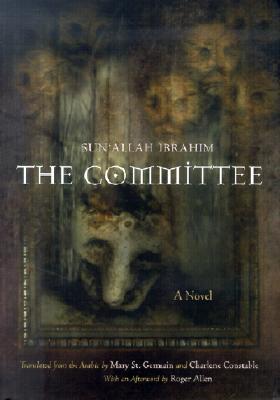 The effects of Egypt’s control-obsessed upper echelon on the psyches of everyone occupying the base of the pyramid is hilariously portrayed in Sonallah Ibrahim’s novel The Committee. Seeking some unnamed but stringently required permission, the narrator runs the gauntlet of a sinister higher authority, subjected to bewildering and humiliating interrogations. The committee’s prodding and procrastination in deciding his fate is so torturous that the narrator is compelled to undergo his society’s severest punishment, without having even been asked to do so. In his home after dark, he begins to eat himself, his autophagia the consummate allegory for the rapport between people and the paternalist state. 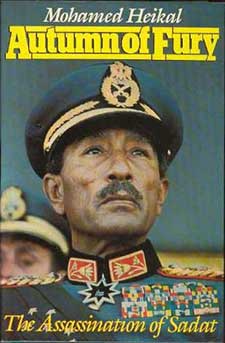 Veteran journalist Mohammed Hassanein Heikal’s firsthand account of the 1960s rise of Egypt’s (still reigning) military establishment, Autumn of Fury, focuses on the career of Anwar Sadat from his modest beginnings in a Nile Delta village to his 1981 assassination while attending his annual “Victory Day” parade. Sadat is portrayed in all his contradictory glory, as visionary and paranoiac, his pious, austere public persona at sharp odds with an ostentatious private lifestyle. A model authoritarian, Sadat’s intolerance of criticism helped institutionalize censorship, domestic spying, and random arrests. Gunned down by an Islamist who cried, “I have killed pharaoh and am not afraid,” Sadat’s death, capably contextualized by Heikal, was arguably the most dramatic and defining moment in Egypt’s modern history. 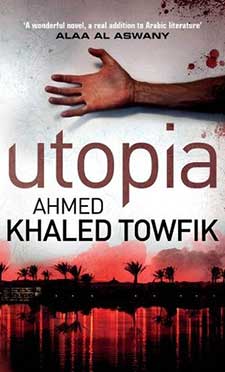 Billed as science fiction, Ahmed Khaled Towfik’s Utopia is a searing narrative of class division and urban strife set at a very slight remove from today’s reality. Egypt’s elite occupy Utopia, an isolated colony not unlike the lush, gated residential compounds in Cairo’s desert suburbs, off-limits to the poor “Others” except as servants. The rich engage in an illicit sport, hunting the poor in their slums and taking severed limbs as trophies. In the Other’s territory, virtually indistinguishable from the bleaker parts of Cairo, the young, privileged Alaa encounters Gaber, his doppelgänger, and more danger than he expected. With the fate of the powerful now in the unaccustomed hands of the weak, their respective behaviors form the grist of this propulsive novel.

An American expatriate, Maria Golia (mariagolia.wordpress.com) lives in Cairo near Liberation Square. Her work revisits popular preconceptions regarding cultural differences in order to emphasize the human constant, the dreams and schemes that drive us all (see WLT, March 2012, 42).