Three Quintessential Books to Add to Your “Russian Masters” List

It is not unusual for those on a quest to understand Russia to plough through Dostoyevsky, Chekhov, and Tolstoy; the more adventurous add Bulgakov and Pasternak to their lists. Yet Russia of the twenty-first century is as far removed from the world created by its literary classics as is Europe or America. It is a nation haunted by its violent past and struggling to find meaning in the ideological void left by several collapses of statehood. The three books discussed below convincingly and imaginatively articulate reality as it is today for many Russians while remaining true to the high principles set by the literary masters of the past. 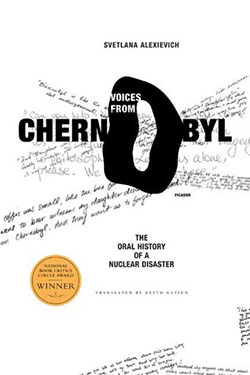 Voices from Chernobyl: The Oral History of a Nuclear Disaster

Svetlana Alexievich’s books constitute a genre of its own, in which individual narratives merge into something akin to a Greek chorus that the writer moves from the periphery to center stage. Voices of Chernobyl narrates the catastrophic aftermath of the Chernobyl nuclear power plant accident. In the narratives of survivors—wives of firemen, refugees, resettlers, soldiers, pilots—the desire to forget wrestles with the obligation to remember; the veneration of heroism with rage at the country that has consumed their sacrifice but failed to save them. Like most of Alexievich’s books, Voices of Chernobyl cannot be bought in Moscow bookstores. 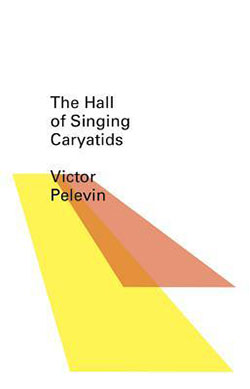 A society is best understood through the plight of its frailest; in Russia, women, routinely referred to as the “weaker sex,” often bear the brunt of economic and military disasters. Victor Pelevin’s surrealist novella takes place in a post-Soviet, money-crazed Moscow, where a young girl by the name of Lena wins the dubious opportunity to entertain the well-to-dos in an elite club. The strangeness of her job increases by the minute, and as Lena plugs along, in a tale reminiscent of Kafka, Pelevin offers a compelling psychological portrait of a human being forced to live in cruel and absurd circumstances. But that doesn’t mean she is not searching for a way out. 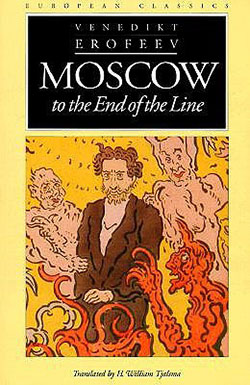 Moscow to the End of the Line

Written in the 1970s and passed around in samizdat, Venedikt Erofeev’s postmodernist “poem in prose” has been described, alternatively, as an odyssey, a pilgrimage, a confession, a lamentation, and a Dantean journey through hell. Moscow to the End of the Line is a story of an alcoholic poet traveling on a local train to a utopian town, where his beloved and their young son await him. As he drinks, Venya communes with angels, demons, and fellow passengers. From these conversations, which mix existential outpourings with cocktail recipes based on paint thinner, emerges an unforgettable picture of Russian reality—and of the soul’s quest to break free. Remarkable for its first-person narrative (highly unusual for Russian literature), the poem brings forth a voice that manages to be at once naïve and ironic, learned and folksy, hopeful and suffering—and, on occasion, incredibly funny. A must-read for a deep dive into the Russian mind.