A Broken Foot, a Hex Wrench, and Baby Gaggia 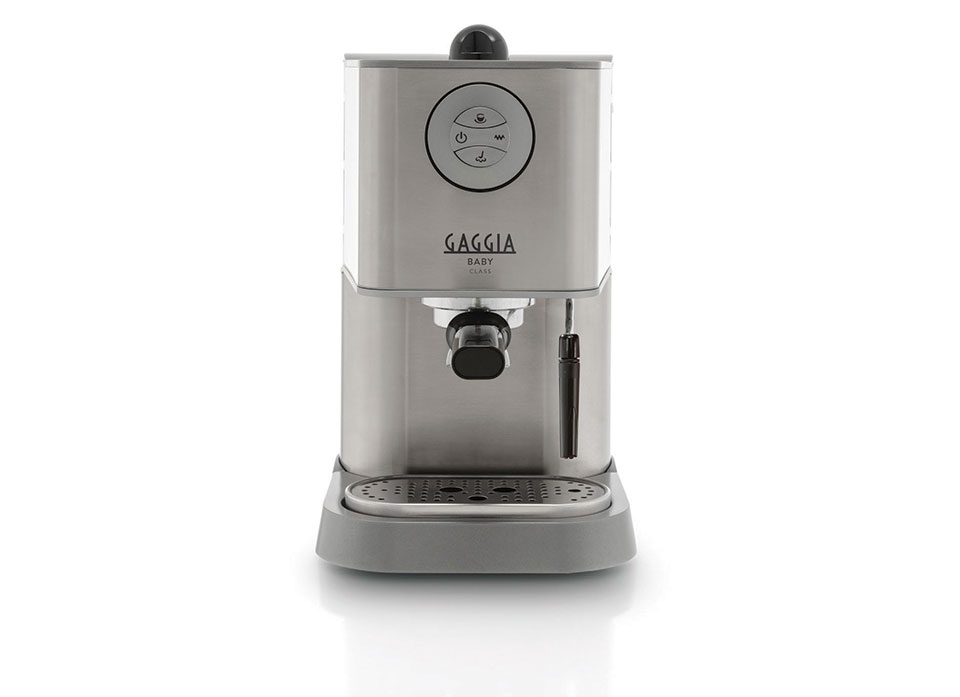 A broken foot is poor luck and a nuisance. It cancels everything from hikes to trips to Germany. It gives your insurance company an opportunity to feast and acquaints you with an orthopedist, often more than one. It puts an end to a struggle about which pair. It kind of ruins your life as you knew it.

But a broken foot gives you back time. Today, for instance, instead of going to a Barre Method class designed to help me outlive my husband (who is too busy earning money for my “method” classes), I resolved to finally deal with my espresso machine’s mediocre output.

It hasn’t always been like that. I used to think the only reason I do get out of bed is to have my double shot. But lately the shot has been lacking consistency. The foam disappointed; the random water drops that landed in my cup if I didn’t move it around fast enough have been turning steadily into random sprays. Cleaning the filters—the low-involvement option my husband favors when it comes to household duties—didn’t do the trick. His offer to buy a new machine made me oddly uneasy. So when he left for his Monday-through-Thursday, I watched a few videos on YouTube and perused the Baby Gaggia manual. Why Baby? I kept thinking as I tried to match the machine’s photograph, placed, for some inexplicable reason, in the Italian part of the manual, with the English pages stuck between German and Hungarian. Why Gaggia?

I remembered a guy with a Swedish accent in one of the YouTube videos mentioning a Phillips screwdriver, along with pliers and, possibly, a hammer, should the showerhead get stuck. The way he said it, I knew it would get stuck.

Of the many routes, the one that seemed less dangerous revolved around cleaning the showerhead. It required a few nondigital skills, and one of the do-it-yourself videos was plain scary, but I am a fighting type. The frontal attack failed. Having located the bolt holding the showerhead to the Baby’s upper body, I couldn’t fit in any of the six screwdrivers I had found. This annoyed me. In a small household, six screwdrivers should get you covered. I remembered a guy with a Swedish accent in one of the YouTube videos mentioning a Phillips screwdriver, along with pliers and, possibly, a hammer, should the showerhead get stuck. The way he said it, I knew it would get stuck. I had my Aircast, of course, and, need be, could simply whack the damn thing, but I wanted to do it right. I didn’t want my husband to come back and say, “Look, I told you to just clean the filter holder.” Husbands can be sticklers like that.

So I delivered myself and my broken foot to the hardware store, where I must be known as a woman of strange pursuits ranging from ceiling fan installation to black mold removal, a woman who lives alone in a decrepit house that needs many repairs, all of them urgent, and who rarely knows the name of what she’s looking for, relying on finger drawing for explanations. Sometimes I feel the “nice guys” at the hardware store take advantage of me. Once they sold me a hacksaw along with a rod that was longer than my bathroom drawer fixture would accept. In that store, I learned that a Phillips screwdriver revels in multiplicity. There are many versions, most of them numbered. The guy with the Swedish accent on YouTube didn’t mention the numbers at all. He did use some kind of adjective, though. So I bought three—small, smaller, and smallest—remembering from my failed attempt to unscrew Baby Gaggia to choose the ones with the shortest handles—stubbies, as the store clerk called them—then asked, feeling rather smug, for the 5mm hex key. The store clerk seemed impressed.

In the next two hours, I got very proficient with wrenches. They stopped being generic, you see. I learned that wrenches and screwdrivers are not the same thing. That another way to call a hex key is an Alex-something (I kept checking in with the YouTube videos). And that a clutch head is one of the few things I don’t need, not at the moment anyway. After a few tries, the center bolt holding the showerhead budged. Easier than I thought. The 5mm-hex-key-operation was equally successful once I unearthed the slots for it from under the coffee sediment. I was beginning to think I was being lured into something that would end very, very badly, but once I start doing something, I simply cannot turn back. It’s an affliction. I am a fighting type. The showerhead was stuck, but I pried it with a flat wrench. I have disassembled my Baby. Call the police.

The burned crust around the shower plate made me think I should have asked for a jackhammer along with a hex key. “Wiping it off,” like the Swedish guy suggested, felt like another demonstration of male superiority. There were dark layers, like tree rings. The plate itself looked like a chimney. Dinosaur bones were a possibility. Clutching “a strong flat screwdriver,” as my new Swedish friend called it, I felt like I was excavating my life of the past six years, exactly how long the Baby Gaggia dwelled under our roof. That’s probably times-five in espresso-maker years. While I was too busy with the activities my two healthy feet and a racing mind afforded, I never noticed the Baby growing old.

The thick caramel-colored foam looked beautiful framed by the ruffled edges of a vintage coffee cup. A present for my husband that he rarely uses, because he’s into tea.

I soaked, I sprayed, I scrubbed. The metal bristle of the cleaning brush scraped my skin every now and then, but by and large, no injuries. Nothing cracked, splintered, broke in half. I forgot about all the things I couldn’t do because of my broken foot. In fact, I was thrilled. There is something infinitely gratifying about restoring an object, animate or inanimate. A few times I fought an urge to speak to my Baby; once I gave in to it. “You’re doing great,” I said. “No one is replacing you.” When everything was said and done, carefully and with awe, I began putting the now-shiny parts back together. They fit, snapped in place, allowed themselves to be tightened. The water hissed, the steam burst, the sprays were dark and smooth, no random dripping. The thick caramel-colored foam looked beautiful framed by the ruffled edges of a vintage coffee cup. A present for my husband that he rarely uses, because he’s into tea.

I look at the pliers, the hex wrenches, the metal brushes, and the Phillips screwdrivers, #1, #2, and #3 scattered on the granite countertop, then at my Aircasted foot. I thank it for a pause, though I make it clear I miss my method classes. The Baby Gaggia lets out a small cloud of steam. Beneath the gleaming metal, certain things are irreparable, I know. Time wins. “Original condition” ends the moment you unpack the box. But in this world, what is without fault? I tighten Velcro straps around my boot. I put away the wrenches and the keys, then turn the Baby off. We are tough cookies, she and I. A bit of maintenance, a bit of faith, and we’ll keep rolling.