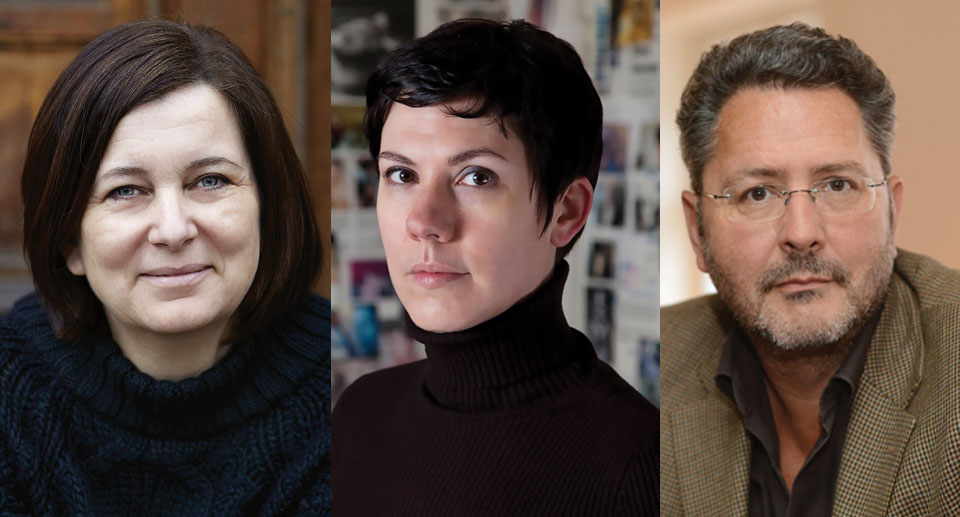 Although the impact of German culture on America is enormous in education, food, social practices, and many other aspects, only occasionally have German crime writers made a big splash in American publishing. In the 1960s, for example, Hans Hellmut Kirst’s The Night of the Generals became a best-seller in translation and was made into an exceptional movie starring Peter O’Toole and Omar Sharif. Yet this seemed to cause no vogue in German translation and did not pull even Kirst’s other books in its wake. Similarly, Nobel winner Heinrich Böll’s foray into crime, The Lost Honor of Katharina Blum (1975), caused little curiosity in America about German crime writing in general. Most of the influential German crime writers who have been translated, like Pieke Biermann (“the Queen of German crime,” who writes with the viciousness of a George Grosz painting) and Ingrid Noll (a German thriller best-seller), are unfamiliar to American readers. Certainly, nothing like the Scandinavian tidal wave of crime novels has happened for German books. 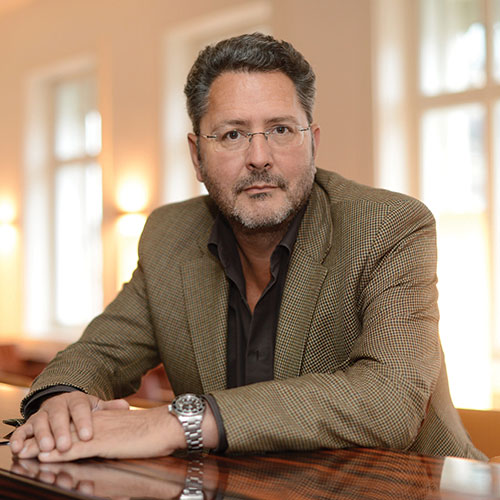 In 2015, however, three German authors achieved considerable attention, possibly leading future writers up the steep beach that a translated author must climb to achieve popularity in the United States. Sascha Arango, for example, had a brilliant debut with his first novel, The Truth and Other Lies, translated by Imogen Taylor. He has an unusual surname for a German, but he is one of their most successful screen and television writers. He has been nominated for several awards and won the Adolf Grimme Award in 2012 (an award that might be equated to an Emmy) for his work on Tatort (roughly “Crime Scene”), a police drama that is Germany’s longest-running television series. Episodes feature detectives in different cities, as if Law and Order, Homicide, and Hill Street Blues were all broadcast under the same title. The first Tatort appeared in 1970, so Arango was making his name in what might be called a television institution. He has done a number of movies as well, including adaptations of The Adventures of Tom Sawyer and Huckleberry Finn.

Arango was working on an idea for another screenplay when asked by a publisher if he wanted to write a novel. His screenplay notes turned into The Truth and Other Lies, one of the best first novels in any year. Screen stories, especially crime stories, are naturally visual and oriented toward action. Usually when screen writers take up fiction, they are most comfortable exploiting these qualities. Surprisingly, Arango’s novel is a novelist’s novel, brilliantly executed. The psychological mysteries this clever plot contains are far more engaging than the actual physical action. It is narrated by Henry Hayden, a sociopathic best-selling novelist who does not write his own books. His wife, Martha, is the actual author but does not want any of the publicity that goes with it. When Henry’s mistress becomes pregnant, the plot thickens and murder soon follows. Hayden is a masterful fraud, making lying an art form—masking dark secrets in his past as well—but suddenly finds himself on the edge of being exposed. One is immediately reminded, with pleasure, of the sardonic and dark ironies of Patricia Highsmith’s work. Being exposed as a fraud is a common nightmare among writers. Stephen King’s Secret Window, Secret Garden, in which an author is harassed by a mysterious man accusing him of plagiarism, similarly takes up the theme. Henry Hayden, however, is a much cooler character, who uses his deep understanding of deception to control others’ understandings and suspicions. 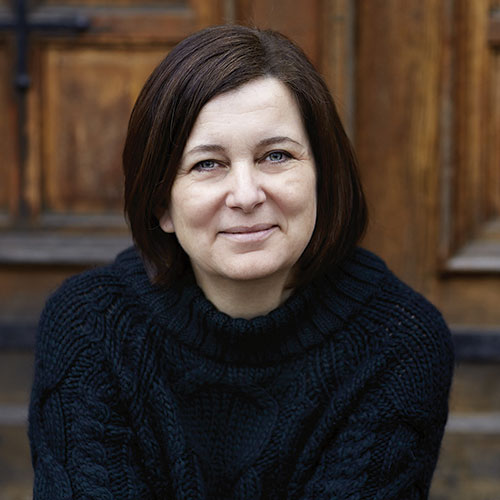 Another German author attracting attention in 2015 was Andrea Maria Schenkel. Her first novel, Tannöd, was a huge success in Europe from its publication in 2006, selling a million copies in Germany. It won the Deutscher Krimi Preis for best novel, the Friedrich Glauser Prize for best novel, and bested foreign authors like John le Carré for the Swedish Academy’s Martin Beck Award. It was offered to US readers in 2014 as The Murder Farm by Quercus publishers in a superior translation by Anthea Bell, who has also translated W. G. Sebald and Stefan Zweig. In 2007 she published her second novel, Kalteis (Ice cold), and became the only author ever to win the Deutscher Krimi Preis in consecutive years. It was, of course, her second number-one best-seller. Despite the size of Ice Cold (140 pages in translation), it only became available in the US in 2015 but followed The Murder Farm like a heavyweight boxer’s “one-two.” Interestingly enough, she also has some writing credits for German television, which makes one wonder if while America is supposedly in a golden age of television, the Germans are converting TV writers to create a golden age of crime novels.

In certain ways, Schenkel makes her serial killer sympathetic, but not because he is in any way appealing or flamboyant.

As with Arango, Schenkel’s approach is unusual and original, though very different. Both of her translated novels are based on true crimes. The Murder Farm was sometimes superficially compared to In Cold Blood because it involved the ax murder of an entire family in a rural location. Schenkel was inspired by an actual crime that took place in 1922 near Regensburg, though she sets her novel in the 1940s. Ice Cold takes place in the Nazi era and is based on the case of Johann Eichhorn, who raped more than ninety women and murdered six or more from 1931 to 1938 in Munich. Horrific murders have inspired hundreds of mundane novels, but Schenkel carefully avoids many of the common tropes of crime fiction. She incorporates simulated documents (witness statements, for example). She uses a nonlinear narrative and multiple third-person points of view.

Ice Cold begins with an official report of the murderer’s execution by guillotine and the order that news of the serial murders is to be suppressed. Sex murders are not the kinds of thing that are supposed to happen in the Third Reich, especially Munich, the birthplace of National Socialism. Schenkel also avoids creating a detective character who pursues the case. “Figures like that are vampires,” she told interviewer Bob Cornwell, false and incredible. Her primary objective is to represent crime truthfully, not to dandy it up into a set of familiar conventions. In certain ways, she makes her serial killer sympathetic, but not because he is in any way appealing or flamboyant. Like many real serial killers, he is utterly ordinary, even at tenth glance. The victim Schenkel concentrates on, Kathie, is portrayed as similarly ordinary: a farm girl who comes to the city to work and get away from abuse. She is one of the most convincing characters I have read for many years, distant from the hagiography that often accompanies descriptions of murder victims.

The fantasy of most would-be writers is to write a book and become an instant success (like Sascha Arango). George’s experience is more common. 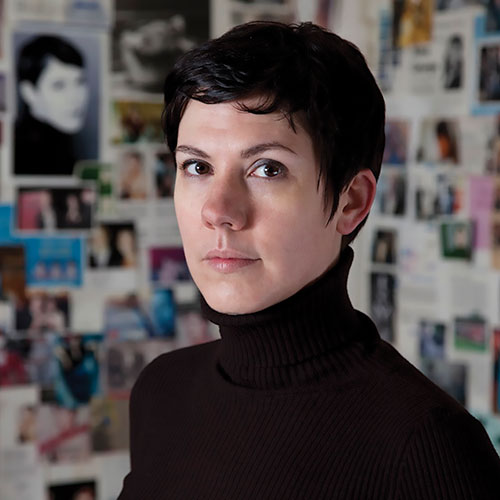 The third German writer who has had a breakthrough year in the US (and elsewhere) is Nina George, whose short story “The Light of the West” appeared in the special German Crime Writing section of WLT in May 2011. George is a talented and prolific writer who has not confined herself to crime writing, having published twenty-six books (both fiction and nonfiction), more than a hundred short stories, and over six hundred articles and columns. A high-school dropout, she became a writer at age nineteen when her grandmother warned her that being a writer was “no way to get a husband.” She has been at it for over two decades, publishing some of her books under pseudonyms—one of them, “Jean Bagnol,” a joint creation with her husband. Her writing colleagues have long recognized her talent, although it took until the publication of The Little Paris Bookshop this year before she found a large international public. The fantasy of most would-be writers is to write a book and become an instant success (like Sascha Arango). George’s experience is more common. Only the truly possessed hang in there, and in many cases, regardless of talent, pay years of dues without finally earning the recognition that George has won.

The Little Paris Bookshop was not a crime novel, like many of her novels, though it contained plenty of mystery. It was translated into thirty languages—into English by Simon Pare—and debuted at number sixteen on the New York Times best-seller list in July 2015 and continued against such competition as Harper Lee’s Go Set a Watchman. It remained on the list until well into September. It tells the story of Monsieur Perdu (“Mr. Lost”), who styles himself a book apothecary. He runs a bookshop from a barge in the Seine and “prescribes” books that will help people get through their personal crises and problems. He himself, however, has long been pining over a lost love, keeping her last letter to him unopened. A new relationship causes the fifty-year-old Perdu to read the letter and unmoor his barge, setting out on a journey to heal himself. The novel is filled with characters, including Perdu himself, with peculiarities reminiscent of those in a Dickens novel. It is a gross and vague generality to say this, but the book seems very French to me. There is much of the psychology and pacing that suggests George Simenon’s nonmysteries, and the story evokes the nineteenth-century French realists in their gentler vein: Maupassant, Daudet, even Balzac. It is a great prescription for a sunny afternoon.

All these authors strike that difficult balance between writing that is entertaining but also serious and substantial, saying much about human beings and their odd behavior on this planet. But make no mistake: whatever these three have in common, they are very different in style and approach. We owe the translators a great deal for bringing out these qualities and look forward to whatever other novelistic gems Germany may offer.