What to Read Now: When Civilization Fails

With two world wars, revolutions, famines, colonial violence, and state-sponsored genocides, the twentieth century was the most murderous in history, claiming the lives of some two hundred million people—catastrophe on a global scale, in which collapsing power structures left people exposed to unmitigated violence. Each of the three books below explores a different way a civilization can fail, reminding us how thin is the thread by which humanity hangs over the abyss, and how it is only by confronting our own nature that we can try to prevent the past from happening again. 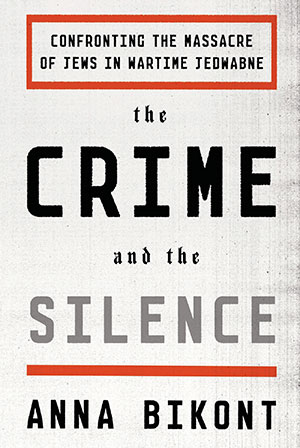 The Crime and the Silence: Confronting the Massacre of Jews in Wartime Jedwabne

“There’s something in man,” says one of the Holocaust survivors in Anna Bikont’s book, “that makes him like killing.” Part memoir, part investigative journalism, The Crime and the Silence is an informed and gut-wrenching reconstruction of July 10, 1941, when the Jewish residents of a small Polish town were burned alive by their Polish neighbors, a crime they subsequently blamed on the Germans. Having only recently discovered she was Jewish, Polish writer and scholar Anna Bikont makes it her personal quest to get to the definitive answer as to what exactly happened in Jedwabne, an issue that has polarized Polish society. The findings of her harrowing journey through eyewitness accounts and other surviving evidence dispel a few myths that are at the heart of Polish and European identities (her readings have been picketed by Polish nationalists) and show the endpoint to which decades of stoking fear and hatred against “the other” can take a society. Varlam Shalamov’s firsthand account of life in Stalin’s Gulag, a system of forced labor camps in northeastern Siberia, reads like a nightmare version of Jack London’s Klondike stories, where the harshness of nature is no match for the cruelty of men. In the frigid world of Kolyma, one chops off his fingers to get out of a gold shaft; a darned woolen sweater is reason to kill; and grown men cry at the sight of bread. Some are dying for days, like the Poet from “Sherry-Brandy.” Some fall flat on the ice and expire while still clinging to their mining hacks. The hopes of the living extend no further than a few hours. No crime can shock a Kolyma inmate; like bodies, souls freeze over, too. Those who retain their humanity change nothing. Unpublished during Shalamov’s life, Kolyma Tales is a monument to the millions of  men and women who perished in Stalin’s camps. Saul Below considered it a book “that captures the essence of being.” A General Theory of Oblivion

Following Angola’s path from colonialism to independence, with violent detours into war, communism, and capitalism, the Portuguese-Angolan writer Jose Eduardo Agualusa paints disaster through the eyes of an exiled Portuguese woman, Ludo, who barricades herself inside her apartment in Luanda and subsists, for twenty-eight years, on pigeons and vegetables, burning her favorite books to stay warm and writing her observations on the walls. In Oblivion, events are measured against the currency of Ludo’s universe, with revolutions and civil war appearing less important than the death of her pet, which equals the elimination of half the known world. Animals share equal space with humans on the pages of Agualusa’s book for a simple reason: “Humanity hasn’t worked out well.” Narrated in a voice reminiscent of Latin American and European classics, filled with rich imagery and existential insights, the novel borders on a dream, whose strange beauty lingers for a while after turning the last page.