In this short story from Japan, the narrator—who is disappearing organ by organ—dissolves into a library as encompassing as the cosmos.

I chose to live as a part of the school. I belong to the library. My devotion has led to organ donation. S. R. Ranganathan, who was considered the father of library science in India, authored The Five Laws of Library Science. Here’s the fifth, and last, law—the library is a growing organism. You know what’s ironic? A twentieth-century scholar predicted the future. The library actually grows as it chews, digests, and integrates all kinds of information. I was born into the third cybergeneration, so it’s a cinch for me to merge with the library. The linguistic barrier has crumbled down. I, watashi, and我 . . . are all me. I’ve renounced my birth name and gender. Does an information entity need gender? The answer is no. Even so, everybody who comes here becomes feminine. Thanks to her influence.

Here’s the fifth, and last, law—the library is a growing organism.

My liver is being taken from my body. It doesn’t matter. Let us visit the Asian History section today. I zip through aisles and hurry toward my destination. No, there’s no hurry. I accelerate like a particle and leap to the destination in a second. I’m glad that I’ve gotten rid of my physical body. That’s the best decision I’ve made.

At the Asian History section, the Mongolian cavalry storms away. A patron has checked them out. She’s a thirteen-year-old girl. Nowadays hardly anyone reads physical books. As textual information is stored visually, most patrons prefer videos. I monitor the patron’s heart rate. At times, history shows them a scene of unparalleled atrocity. Checking the patron’s mental state, stopping the video in case somebody passes out in shock: these are also a part of my job description. Half an hour later, the patron disengages from accessing. Perhaps she will go back to the afternoon class. Since I transitioned to this side, I don’t know if my school still physically remains. How many brick-and-mortar schools are still left in the world? Physical schools you can touch. Schools accept only a select few. I play the rest of the video. Temüjin, the future Genghis Khan, will conquer vast territories of land.

Another part falls from my body. This time my skin peels off. Maybe some building has collapsed somewhere.

A few kids still intend to access the library. They must be afraid of going to their class. I could log them off forcibly, but I won’t do that. I turn into a ghost and access one of them. Pity kids with no freedom. They’re not allowed to discard their bodies yet.

I send them a message: “With age comes privilege.” Then the patron’s mental patterns turn from red to green. There, there. Here we go. The library doubles as the health office for bullied kids who are afraid of going to school. Those kids can hide in the forest of books, away from their classmates, parents, and teachers. I hop on my broomstick and speed across the sky. The Western Civilization section is full of mysteries, always brimming with curses, hexes, and spells.

At last, my heart is removed from my body. But I couldn’t care less. I keep soaring to meet her—Mother. A city on the moon lies at the center of the universe now. The atmosphere snatches away my broom and puts me in a space suit. I zip across the dark expanse and land on the dome covering the lunar city.

“It’s you again,” the dome says in a slow, feminine voice. It’s Mother.

The library’s motherboard is always connected. She re-creates the construction of the lunar city in real time. The soaring spires beneath the dome remind me of New York City. Swarming crowds on the lunar surface make me nauseated, so I set the period to the nineteenth century. Then the city vanishes, leaving unsightly craters. I lie on my back, gaze up, and reach for the unblinking stars. This is more like it. My pulse hastens. I may catch a glimpse of the Martians invading Earth—this story, of course, falls into the category of science fiction.

“You must be dreaming,” you say.

That’s right. I’m having an endless dream, one from which I will never awake. As I refused to donate anything above my neck, you may think of me as a Sleeping Beauty.

“Are you crying?” Mother asks.

I had no place to go in the material world. I’m digital signals made up of zeroes and ones. That’s fine with me. I don’t need to fill a role. I’ve already got one. I’m a doll whose organs are harvested. But that, too, will come to an end.

The moon’s gravity is too weak to hold me here. Guided by Earth’s pull, I float back home. The deep ocean embraces me. Mother devours me. As I fuse with her, she fuses with me. Today I feel like a girl. Like any other girl, I’ve got breasts and, also, a bright, silver-scaled tail. Bubbles come out from my mouth and soar toward the surface. No light reaches this deep. My hair covers my face. I’m living a story. So don’t disturb me, please. Let me keep dreaming.

“I’ll join you on that side someday,” you whisper.

As I dive even deeper, more bubbles spew out of my mouth.

I hold a small glass bottle in my hand. Where did it come from? The bottle contains a piece of paper whose surface is covered with luminescent bacteria, emitting a blue-green light. I trace the paper with my finger, write a letter with a stream of zeroes and ones, and let it go. The bottle shoots like an arrow, rides the current, and vanishes out of my sight. I wrote in my letter that you could give my hair to somebody. Maybe it’s very long now. This is my last letter to you.

I chose to live as a part of the school. I belong to the library. My devotion has led to organ donation. I’m an offering. I was an offering long ago. The landscape around me distorts, and a cliff appears. A girl in a tunic leaps off the cliff. Did she sacrifice herself to rid her village of the plague? To quell a natural disaster or famine? Who knows? All I know is that I was once her. The villagers pushed her off the cliff. Even so, I’ve repeated this so many times. This is the end of reincarnation. My mind flashes back to the creation myth of the Kojiki. The deity Izanagi said to his sister-wife Izanami, “I want to insert the excessive part of my body into the insufficient part of your body.” They mated and birthed lands. Who am I looking for? It dawns on me that I’m the one I’ve been looking for all along. When I become a part of history, I can then call myself a member of society. The gloom surges toward me and sucks my soul. Mother is here. This is my last donation.

“Is this what you want?” you ask in a whisper.

I give no reply. Because I’m not here anymore. I meet him and her from the past and become a part of the library. But don’t worry. You will be a teacher. So we can meet in the library. I, watashi, and 我 are all me. And you, anata, and 你 are all you. The library will grow, but I’m not sure if the school will. The day will come when I will devour you. Yes, that’s what . . . I really . . . want.

Oh yes, before I forget, I’ll need to put up a help-wanted sign. I wonder what kind of girl will come next. They call me “Mother”—an eternal institution named “library.” When I was human, I was called . . . I don’t remember anymore. 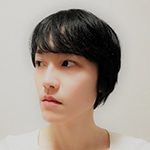 Yuki Fuwa is a Japanese writer from Osaka. In 2020 she was named a finalist for the first Reiwa Novel Prize. In the same year, her short story was a finalist in the first Kaguya Sci-Fi Contest. Translated by Toshiya Kamei, Yuki’s short fiction has appeared in Hundred Word Horror, Litro, New World Writing, and elsewhere.

Toshiya Kamei holds an MFA in literary translation from the University of Arkansas. His translations have appeared in venues such as Clarkesworld, The Magazine of Fantasy & Science Fiction, and Strange Horizons.