Bridging the Black Water: A Review of Life in Peacetime, by Bhisham Bherwani 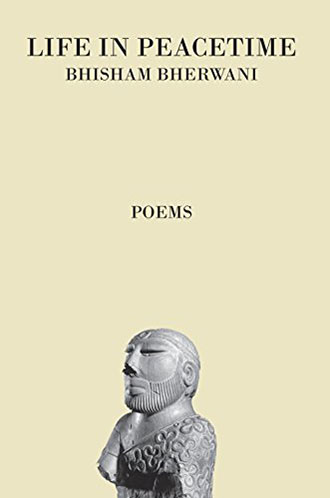 Bhisham Bherwani grew up in Bombay/Mumbai, where he still has family and visits frequently. As a poet, though, he was born and educated in the United States, where he relocated as a student more than two decades ago, eventually settling in New York City. Confronting and negotiating these two shores, his poetry has been moving back and forth between past and present, ferrying memories and forging meaning across the “black water,” each severed self reaching out to the other, yet never actually reaching it, never fully and finally crossing over, only carrying the burden onto the next stage.

Coming six years after Bherwani’s debut collection, The Second Night of the Spirit (Cavankerry, 2009), Life in Peacetime (Spuyten Duyvil, 2015) addresses some of the same issues and moods but in a significantly more complex, articulate, and mature voice. On the surface, the book reads like a poignant family album, prompted by circumambulations around the poet’s “old neighborhood” in South Mumbai, and punctuated by vivid portraits of beloved family members. But Life in Peacetime is more than a fine collection of remembrances and elegiac portraits. While autobiographical elements permeate the book, their ultimate function is to prompt and sustain a meditation on the “ambiguous fate” of the witness, forever standing “at the crossroads of significant / personal and political histories,” both insider and outsider, simultaneously empowered and made powerless by its own condition.

While autobiographical elements permeate the book, their ultimate function is to prompt and sustain a meditation on the ‘ambiguous fate’ of the witness, forever standing ‘at the crossroads of significant / personal and political histories,’ both insider and outsider, simultaneously empowered and made powerless by its own condition.

Through a suggestive sequence of finely crafted poems, the book negotiates contrasting yet complementary feelings of not being there (because of distance in space and time), being there in person, and being there by authorial proxy; that is, with the imagination and through the evocative and redemptive act of writing. In so doing, it progresses from the “personal and political histories” of such earlier poems as “Between the Wars” (which juxtaposes imperialistic dominance and domestic intimacy in recalling the evening Gandhi spent at Bherwani’s grandfather’s house during his 1930 Salt March), “Life in Peacetime,” and “Gandhi at Tolstoy Farm,” to the full realization of the personal as political in “Spectrum,” “Stealing from the Temple,” and “Epilogue.”

The interplay of personal and political is further explored in four ekphrastic poems positioned at the end of the first and last sections of the book. The “Dancing Girl” and “The Bearded Man” depict the two most celebrated statuettes from the Indus Valley Civilization, while “Taughannock” and “Theravada” describe excursions to a waterfall in Upstate New York and ancient Buddhist caves southeast of Mumbai, respectively. Here the condition of witness is defined mainly through acts of seeing and being seen. The “lissome girl on an artist’s terrace / or at a brothel’s portal / . . . naked but for a necklace” is mirrored by her statuette on display in New Delhi’s National Museum; while the bearded man who “looked straight ahead, / though seen up close / he seemed to gaze inward instead,” finds his counterpart in the monk at Karla Caves, “[t]he man outside, the man one saw, / at war with the man inside unseen.” To link these nonfamilial poems with the main body of the book is a languid boat ride to Elephanta Island, where the cave temples are but a pretext for a poem about remembrance and forgetfulness, as Sadashiva has to wait for Lethe to release its hold. 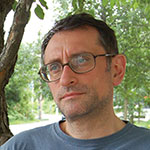 Graziano Krätli is the co-editor of The Trans-Saharan Book Trade: Manuscript Culture, Arabic Literacy and Intellectual History in Muslim Africa (2011) and the editor of Why Should I Write a Poem Now: The Letters of Srinivas Rayaprol and William Carlos Williams, 1949–1958 (2018).