Generations of American schoolchildren have grown up with Cassie Logan and her brothers, Stacey, Christopher-John, and Clayton-Chester, otherwise known as Little Man. Through the pages of this remarkable series, narrated by the inimitable Cassie, readers have gotten to know these children, their parents, their grandparents and other extended family, and the communities that they belong to. Over Cassie’s shoulders, readers have had the privilege of peeking into the lives of the generations of people and stories that are so compelling that readers have remained enthralled with the saga since 1976. Roll of Thunder, Hear My Cry was published that year and went on to win numerous awards, including the 1977 Newbery Award, bestowed by the Association for Library Service for Children/American Library Association in recognition of “the most distinguished contribution to American Literature for Children.” It was also recognized with the Coretta Scott King Award, which celebrates “books for children and young adults that demonstrate an appreciation of African American culture and universal human values.” In 2003 Mildred D. Taylor was the inaugural recipient of World Literature Today’s NSK Neustadt Prize for Children’s Literature, which “celebrates literature that contributes to the quality of children’s lives.”

Countless readers in the United States and worldwide now welcome and celebrate Taylor’s All the Days Past, All the Days to Come (Viking, 2020), the conclusion of the award-winning Logan Family series. Taylor has shared with the world a cast of skillfully developed characters that readers care about and even love. Her readership is large and diverse, be they in classrooms around the nation or curled up reading at home. Their loyalty is rewarded with the many echoes and reverberations between volumes. Taylor respects her readers of every age and background, and she respects her characters by showing them in their fullness as individuals and as knowing, or unknowing, players in big social movements. The plots are full of the suspense, the drama, and the routine of the real lives of real people. Her pacing is perfect. The language is authentic and energetic. The insights she shares are relevant, enlightening, and enduring.

Taylor respects her readers of every age and background, and she respects her characters by showing them in their fullness as individuals and as knowing, or unknowing, players in big social movements

All the Days Past, All the Days to Come, the final offering in the series, takes place from 1944 through 1963, with a short epilogue set in 2009. This is not a children’s book, but an intense examination of American culture for young adult and adult readers. Narrator Cassie Logan is clear that she lives in a country of states that are united in a racist past and present; an America in which racism is not confined to the southern states. Readers accompany Cassie on a journey across these United States, beginning in the Logan family’s native Mississippi but stretching to Ohio and California, to Colorado, to Massachusetts, and back again. Readers gain an appreciation of Mexico and Canada as neighbors of the United States, both in terms of governmental and personal ties. And world traveler Cassie opens up a world for young readers as she travels to Europe as an exchange student and to Africa as a Peace Corps volunteer (an echo, one of many, of Taylor’s own life). Cassie is no longer a child in this volume, but now a college graduate embarking upon her life journey as she comes to appreciate her mission in life and courageously acts upon it, eventually becoming a lawyer active in the Civil Rights Movement.

The novel is much, much more than this short paragraph can convey. It is so full of drama that it is impossible to predict every twist and turn of the plot. Taylor strikes a perfect balance between couching the action within big historical movements and events and engaging readers in the lives of her fictional characters. For example, some of her characters live down the street from civil rights activist Medgar Evers and even hear the gunshots when he is assassinated. Driving to his funeral, the protagonists are in fear of their own lives; the drama is historical as well as close up and personal. There are births and deaths. There are church picnics and graduations. There is the always-present danger of institutionalized racism. There is the indignity toward African American veterans. There is friendship across the color line. There is hatred. There is familial love and unrequited love. There is romance. There is struggle. There is history and there is hope.

It would be negligent here not to include a word about Mildred Taylor’s author’s note for All the Days Past, All the Days to Come. Her comments center on her use of the word “nigger” in the book. She writes, in part:

In 1976 when Roll of Thunder, Hear My Cry was published, I said that I wanted to show Black heroes and heroines in my books, men and women who were missing from books I read as a child. I also said I wanted to write a truthful history of what life was like for Black people in America. That truth includes the “n” word. It inflicted great pain, but it is a truth that needs to be told. I do not promote the word, but not to include it in my writing is to whitewash history, and that I will not do.

Certainly, she is critiquing, with the power of clear vison and sound reasoning, those who challenge her use of the word “nigger.” Just as important is Taylor’s absolute genius use of the word “whitewash.” She strips away any of its positive connotations and subverts in a single stroke the power of whiteness in American literature and culture. Perhaps most powerful is the way in which this statement compels every reader to grapple with the idea of historical Truth.

Just as important is Taylor’s absolute genius use of the word “whitewash.” She strips away any of its positive connotations and subverts in a single stroke the power of whiteness in American literature and culture.

Mildred Taylor is a master of historical fiction, a genre that will always be important in a society that is all too often exceptionally ahistorical. The particular era in which much of Taylor’s writing is situated—the American Civil Rights Movement in its broadest configuration—seems like an ancient time to contemporary children. Thus, works such as Mildred Taylor’s become more and more important as time passes. In truth, her writing is timeless. In a most profound way, it is bound neither to date nor place because she writes not only about American history and civil rights but about the human spirit. She is the consummate storyteller, and few are her equal as literary artists. For these reasons and more, her series has a longevity, integrity, and power seldom achieved in the series form.

Longtime fans of Taylor’s book will recognize the title of the final chapter as the title of one of the books in the series, Let the Circle Be Unbroken. All the Days Past, All the Days to Come completes the circle of the Roll of Thunder series. At its conclusion, the Logan family “prayed in a circle”—a circle that embraces anyone who has ever picked up a Mildred Taylor book. The spirits of her ancestors move her to write, and she moves us, her grateful, edified readers.

Editorial note: Portions of this essay are excerpted from Dianne Johnson’s “A Tribute to Mildred D. Taylor,” World Literature Today 78, no. 2 (May–August 2004): 4. She nominated Taylor for the 2003 NSK Prize. 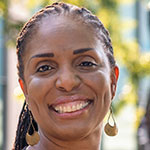 Dianne Johnson-Feelings is a professor of English at the University of South Carolina. She is the author of groundbreaking scholarship on the history of African American children’s literature and is working on a documentary film celebrating that history. As Dinah Johnson, she is the author of Black Magic (2010), Hair Dance (2007), All Around Town: The Photographs of Richard Samuel Roberts (1998), and several other books published by Henry Holt Books for Young Readers.