The Fiction of Natalia Ginzburg: “We’re All Unreliable and Broken” 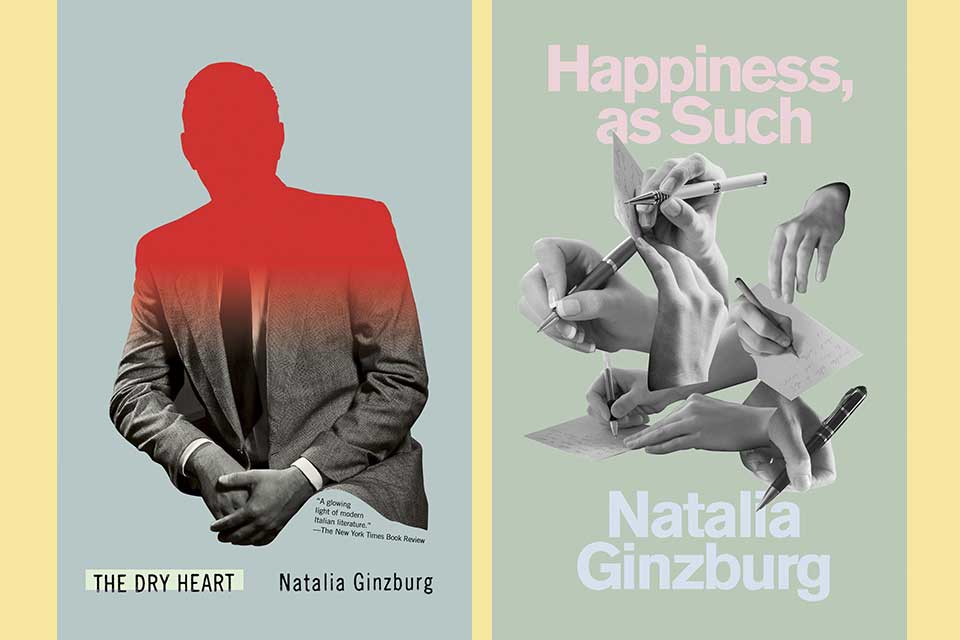 Readers of Natalia Ginzburg’s masterful autobiographical novel Family Lexicon (1963; Eng. 2017) will welcome New Directions’ 2019 reissues of her novels The Dry Heart (1947; Eng. 1953) and Happiness, as Such (1973; Eng. 2019). These novels will create a larger audience for one of the finest writers of the twentieth century. Frances Frenaye, whose 1953 translation is again in print, captures Ginzburg’s utterly original style in The Dry Heart, a mixture of melancholy and black comedy. This novel of marital conflict begins with the unnamed wife admitting, “I shot him between the eyes.” Alberto dies after drawing “a long, long train . . . with himself leaning out a window to wave a handkerchief.” Later she wanders the streets, recalling the past in flashbacks.

Alberto never mentions love. The wife feels “terror and disgust” at the idea of sex. When she asks him to talk about himself, “his face took on an absent and faraway expression, and his eyes were veiled with mist like those of a sick bird.” He is twenty years older. Once married, Alberto loses all interest in his wife and leaves on long trips to the country with his friend Augusto. After one departure she sees him walking with another woman. He tells her not to ask questions. Her mother warns her “marriage is a lottery.”

The Dry Heart contains the essence of Ginzburg’s arresting style, with its mix of philosophy, drama, comedy, and repetition.

The novel mixes comic elements with tragedy. The wife notices Alberto drawing her “frightened and ashamed” face on a mouse and his angry face on a cat. After her baby dies of meningitis, she dreams of Alberto’s dead mother chasing her, her cat, and the maid Gemma out of the house. The other woman, Giovanna, has a backside “like a cauliflower.” The wife can’t go back home to Maona because her mother has filled her room with potatoes and jars of tomato preserves. Her cousin Francesca calls Alberto “a little rat of a man” and begs her to leave. The wife feels an icy calm, but her head whirls “with a medley of words: cauliflower, bitch, accepting people for what they are, and killing oneself,” all part of the long story she plans to tell the police. The darkness in this book comes out of dark times. Ginzburg (1916–1991) published this novel three years after the Gestapo murdered her husband in 1944; it contains the essence of her arresting style, with its mix of philosophy, drama, comedy, and repetition.

Happiness, as Such, considered one of Ginzburg’s finest works, comes in a graceful new translation by Minna Zallman Proctor. This epistolary novel broadens its scope to a family and their bohemian circle of writers, philosophers, and artists who paint foreboding images of owls, vultures, abandoned, disintegrating houses, mirror fragments, skulls, gravestones, and dead animals. The mysteries of the past—separation, abandonment, divorce, political and sexual rebellion, the hunger for connections and the difficulty of sustaining them—all unfold in the letters.

If houses are in order, then hearts are in disrepair.

Relatives and friends writing to Michele during the period spanning 1970–71 uncover a complicated family history. Once his parents separated, Michele’s father took him and left his sisters behind. This original schism causes the instability and discomfort with intimacy Michele displays. People complain about his unpaid bills, his destitute girlfriend, his absence from his father’s funeral, a sudden disappearance after a brief and ill-advised marriage. The elusive Michele’s uncertainty about work, his constant traveling, his financial dependence, reflect the unrest of the 1960s. He joins demonstrations against fascism and leaves Rome one step ahead of the police.

Often only memories of love remain, “moments of extraordinary splendor.” Remembering drives away loneliness and fear. His mother, Adriana, writes Michele that even when they argued, she still felt a sense of happiness. Bitterness can seem “fluffy, sweet, airy.” Parents, friends, lovers seek the reasons why love failed. If houses are in order, then hearts are in disrepair. The letters allow for many voices and points of view. They are, by turns, witty, sad, nostalgic, angry, matter-of-fact. They juxtapose the mundane and routine domestic world with the danger of the unknown. Their authors crave an impossible love from one another and the absent Michele. The letters form an ever-changing, crowded mural of a dysfunctional and loving family. 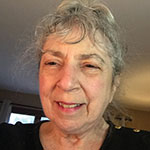 Elizabeth Fifer is a professor of English (emerita) at Lehigh University. She writes on contemporary world literature.