In his latest novel, Oh, maligna (Acantilado, 2019), Jorge Edwards (b. 1931, Santiago) pays homage to one of Chile’s most important literary icons, Pablo Neruda, and fictionalizes an important episode in the poet’s life as a young man.

In 1927, shortly after publishing his acclaimed Veinte poemas de amor y una canción desesperada (1924) but barely able to survive in Santiago, Pablo Neruda was introduced by a university classmate to Chile’s foreign minister, who admired his poetry. Thanks to the fame the book had earned him, Neruda was offered a diplomatic post in the city of Rangoon, the capital of Burma (modern-day Yangon and Myanmar, respectively). While in Rangoon, at age twenty-three, feeling lonely and alienated in a faraway land colonized by the British, Neruda took as his lover a Burmese woman who had adopted the English name Josie Bliss and who would leave a mark on his life and on his poetry. Although Josie worked for the British administration during the day and wore English clothes to work, at night she showed her true identity as a proud Burmese woman who resented British rule in her country. When British authorities found out about Neruda’s love affair with Josie, they barred him from their clubs, isolating him even further. Meanwhile, shortly after moving in with Josie, Neruda discovered her compulsive jealousy and possessive personality to the point where he feared for his life.

Just as Josie’s behavior was growing more threatening, Neruda was transferred to Colombo, the capital of Ceylon, now Sri Lanka. He quietly fled Rangoon to escape his furious lover, only to find out months later that Josie had moved to a house across the street from where he now lived. Neruda would later write about his painful love affair with Josie in “Tango del viudo,” one of his most celebrated poems in Residencia en la tierra (1935).

Edwards ably portrays all of Neruda’s trials and tribulations with Josie Bliss in a plot filled with many twists and turns that holds the reader’s attention.

Edwards ably portrays all of Neruda’s trials and tribulations with Josie Bliss in a plot filled with many twists and turns that holds the reader’s attention. Oh, maligna is written in a refined, elegant prose that blends fictional narrative and biography, infused with the author’s anecdotes of personal knowledge about the protagonist. Literary references abound in this splendid book (Rimbaud, Conrad, Neruda’s own works, among many others), making it an homage to the young Neruda as a man and as a poet, and, in the final instance, to literature itself. 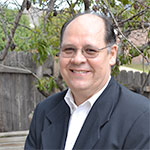 César Ferreira is a professor of Spanish at the University of Wisconsin–Milwaukee, where he teaches contemporary Latin American literature.