Jurij Koch’s Sorbian Memoir of Life Before, During, and After the GDR

In the 1950s, a girl whom Jurij Koch knew in high school moved away from their hometown of Cottbus in East Germany. It was a case, he says in his recent memoir, of “Weg von Ulbricht, hin zu Adenauer” (Away from Ulbricht, over to Adenauer). Her mother took the girl to the West, before the building of the Berlin Wall in 1961. This is a familiar enough arc of events, but, as it turns out, the motivation behind the move is probably not something that most people outside of Germany would have considered. The reason was ethnic. Little Greta was growing up surrounded by Sorbs in the southeastern part of the country. The Sorbian language reminded her mother of Polish, and she had had quite enough of the Poles in her pre-1945 home farther east. In addition, Greta’s family was Protestant and they felt awash in a “Catholic sea.” So off they went, leaving the author of this autobiography—who, well, yes, had a crush on Greta—scratching his head. Like so many other scenes in this engaging book, this story blends the customary with the unexpected to stretch our understanding of what is “German.”

Like so many other scenes in this engaging book, Koch’s memoir blends the customary with the unexpected to stretch our understanding of what is “German.”

Windrad auf dem Dach (Domowina-Verlag, 2016) is the second volume of Koch’s memoirs to be published in German. Currently in his eighties, Koch is still writing and giving public talks, and he is the major living figure (though certainly not the only one) in Sorbian literature. Although none of his novels exists yet in English translation, several of them deserve to be; in fact, his talents in writing drama, essays, books for children and young adults, screenplays, and literary fiction, including both novels and short stories, are recognized and deserve more attention in Germany and Europe as well.

The title of this book, which translates into English as “wind turbine on the roof,” refers to a sarcastic suggestion for how Koch should redesign his house, leveled at him after he became an active critic of East Germany’s energy policies, which promoted the rapid expansion of rapacious open-pit coal mining in many Sorbian areas. Questioning the material “progress” of twentieth-century Germany, and lamenting its damage done to Sorbian villages and culture as well as its environmental effects, Koch covers, more or less, the decades from 1949 to 1989. But this book is not about coverage.

After a traditional beginning, with detailed information on the schools he attended in various cities and villages, musical instruction, sports (including trapshooting and folk dance), and budding romances, the narrative slows down and pares down in the 1950s. We learn a great deal about journalism in the GDR; Koch’s apprenticeship in the field is covered in intriguing detail, and we learn about the logistics, office space, assignments, and many local “characters” in the areas he covered. One of the most unusual passages concerns additional Sunday work, where students and young professionals would take to the countryside, as church bells rang, to try to persuade local formers to join the state farms.

The second major shift in the narrative follows shortly thereafter, however. From the first mentions of his environmental awareness as a student in Leipzig—his stomach turned at the chemical devastation on display in the Pleisse River, and his sense unease grew as he reported on the construction of a large power plant near Spremberg—the book becomes a testament to Koch’s commitment to sustainable energy and rational economic-development policies. Environmental themes are certainly important in Koch’s fiction, too, but it is fascinating to learn here that, by 1982, he was under surveillance by the Stasi on account of his “politically negative body of thought.” He was to be summoned for occasional “interviews” with the police right up to the collapse of East Germany. Few people in the anglosphere, or perhaps even Germany, know that Koch, a member of the Socialist Unity Party since his university days, spoke out more and more in the 1980s, giving a very insightful speech at a writers’ conference in 1987 and publishing a challenging essay in the renowned journal Sinn und Form on the necessity of environmental protection.

In addition to its historical and cultural perspectives, another of the most important aspects of this slender book is its language. Koch’s inimitable diction is both visible and audible in the word-portraits of people he met in these four decades as well as in the long anecdotes and short narratives he builds into the text. Because the writing in this, and in his earlier set of memoirs, is so fresh and authentic, it is worth unpacking this topic at some length. In general, Koch’s prose style here is relaxed, while his novels can be so spare and ambiguous in places—except where love or magical realism are concerned—as to verge on the spectral. Within the unpretentious narrative of his autobiographical writings, though, lie fascinating solutions to the questions of “how” and “what” that arise when we think of how to write someone’s life, our own or that of another person.

Within the unpretentious narrative of Koch’s autobiographical writings lie fascinating solutions to the questions of “how” and “what” that arise when we think of how to write someone’s life.

Koch’s German is fed by several streams that wash over the reader. These consist above all of words, individual words, some of which have an evocative power that is heightened by context and punch far above their weight. These paths or routes of vocabulary (for “layers” of vocabulary seem too static here, since code-switching occurs in confined spaces in this book) could perhaps be identified as the Slavic, the East German (GDR-specific), and a distinctive, personal one we can call the regional.

Slavic words in this book are mostly proper nouns. Many of these are, predictably, toponyms. There are also some snippets of conversation rendered in Sorbian. Some architectural or folkloric terms, such as zwónica, zapust, zakopowanje, and kokot, are added to German-language expositions. The presence of these words is unsurprising; still, whether they originate from the author’s desire to convey emotion or capture authenticity, they enrich the text. In a scholarly sense, they also open the door to broader-ranging or comparative studies by establishing a baseline vocabulary. A less typical Sorbian influence on names occurs when people are shown to have two variants of both their given and last names, and not just one or the other. Handrij Zejler, for instance, is Andreas Seiler, in German, and, more conspicuously, the family name Scholze becomes Šołta, and Mietzschke becomes Mětšk, or vice versa. This probably reflects varying degrees of assimilation, but the reader will note that the author’s own first name has always been rendered Sorbian, Jurij and not Georg; more comprehensively, there is no commentary in the book on which names are “legal” or which are public, private, or preferred. Occasionally, German words clearly derived from Sorbian roots also appear, such as Lautken, a kind of sprite or garden dwarf, and Baben, or birch grove.

East German lexical specificity, or GDR-Deutsch, is also well attested in Koch’s work. We encounter DEWAG offices and DEFA films, and we observe people using consumer products like Fewa bubble bath and Bino broth. Characters in the book frequent familiar East German retail spaces such as the Konsum and the Mitropa pub. There are magazines and newspapers, cars and motorcycles, and titles of popular and folk songs, all conscientiously named and recorded.

Koch, of course, selected all of the words discussed above; he chose to use them, to express, or reflect, specific ideas, moods, or associations. But there is another layer of his speech that seems even more personal. Indeed, it is mostly German, though not entirely; and it both grows out of the author’s deep historical and cultural affinity for his home region(s) and also out of his sense of humor. (This playfulness has also helped Koch to be an excellent writer of children’s books.) An example of an extremely important geographic term, unknown to this reviewer before encountering it in the first chapter of Windrad auf dem Dach, is “die Wendei.” This is a designation for what most English speakers (if they were even so inclined!) would call Lusatia, the traditional historical name for the parts of modern-day Sachsen and Brandenburg that are home to the Upper and Lower Sorbian communities. The term is based on the word Wend, sometimes used in both German and English to describe the Sorbs; the term is an exonym, and a confusing one at that, because it has other meanings in other parts of Europe, but Koch introduces it as a much-needed geographical appellation in German. Its translation into English would be difficult, as would that of a related term the author uses, Wendenland. Equally significant would be Koch’s repeated reference to the Sorbian language(s) as unsere regionale Sprache, or “our regional language.”

Less weighty, perhaps, but inventive and equally illustrative, are turns of speech such as sich aus dem Oststaub machen, the Noch-DDR-Zeit, vollgenossenschaftlich, and marktwirtschaftlich vorteilhaft. These refer, respectively, to “making tracks out of this Eastern dump,” the “still-East-German-time,” “completely collectivized,” and “re-used.” Archaisms such as Elektrische for a streetcar appear, along with puns about the diligence and sobriety of Russian workers and how farmers were “cultivated” by the state. There are also, of course, regionalisms in the traditional sense, especially for items of food and clothing.

In conclusion, Koch has written another very worthwhile autobiographical work. It will be useful for people interested in the history of the German Democratic Republic, especially with regard to environmental policies and minority rights; it will also be of interest to students of Koch’s fiction. And of course the book stands on its own and has its own merits. The quietly innovative Koch writes in what this reviewer calls “German+,” an individualistic regional register that reflects not only intermingled cultures but also concrete historical eras that overlap or compete in our lives. And, although readers might garner little new information about major political events in Cold War history, such as the death of Stalin or the Prague Spring, recording glimpses into the GDR’s literary life and the interactions of major figures in it, such as Jurij Brězan and Hermann Kant, and sensitively tracking the development of environmental awareness through the figure of a talented and very grounded Sorbian writer, is a signal accomplishment. 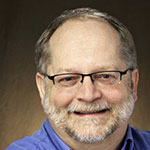