Longing for a Homeland: A Review of Elsewhere, by Doron Rabinovici 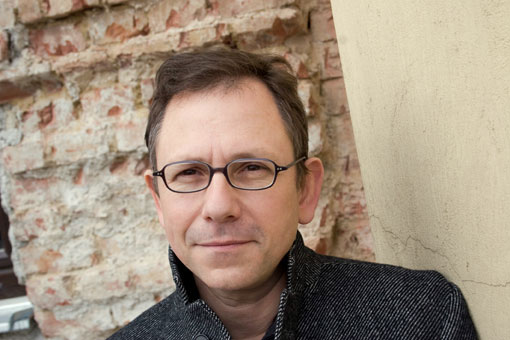 Doron Rabinovici’s novel Elsewhere, in German titled Andernorts, was shortlisted for the prestigious German Book Prize 2010, but it is once again topical reading in 2017, a time of migration problems and global distrust. In her masterful English translation, Tess Lewis succeeds in perfectly rendering Rabinovici’s nuanced language. The book centers on the complicated family history of a Viennese Jewish couple, Felix and Dina Rosen, and their children, Ethan and Rudi. It is much more than a family history, though, and a fascinating inventory of present problems. 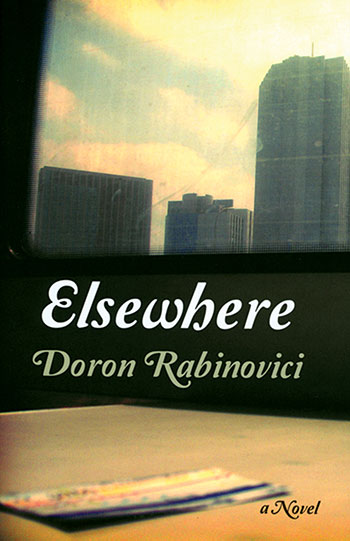 Ethan’s father, Felix, an Auschwitz survivor and far-traveled businessman, is also an “absentee father” and appears as a stereotypical Jewish businessman, his mother Dina as the typical Jewish mother. However, these appearances begin to shift as we gain insight into their life secrets. Nothing is what it seems to be at first sight, nothing remains certain as layer after layer of the past is peeled away, interweaving past and present, imagination and reality in flashbacks as well as factual reporting. Already in the first chapter, the all-pervading topic of identity is playfully announced: On his return flight from Tel Aviv to Vienna following the funeral of Dov Zedek, an old friend, Ethan Rosen, the central character of the novel, appears with three different names, in an unconscious ploy to stay distant. Ethan comes across as an emotionally distant but keen observer of his surroundings, full of critical arrogance. He is a sought-after multilingual international speaker on a journalistic level, while he has impeccable credentials as a scholar. Ethan’s romantic liaison with Noa Levy brings him emotional fulfillment but also doubts. When she urges him to return with her to Tel Aviv to visit his sick father, who needs a new kidney to survive, he doubts her motives and is unsure about her attraction to him.

Upon arriving at his father’s hospital bed, Ethan finds Rudi Klausinger, with whom Ethan is competing for an academic position in Vienna, also there. Ethan is devastated by his father’s revelation that Rudi supposedly is his half-brother. Genetic testing shows that neither of the two “sons” are Rosen’s biological offspring, and neither can be a kidney donor. In true detective-story fashion, it turns out that they do have the same father, just not old Rosen, but they have different mothers. Dina Rosen’s thus far blameless past is now in doubt. Did Ethan’s parents agree on all this? The search for a father seems permanent.

Ethan’s multilingual talents may contribute to his split identity and his feeling of “not belonging,” being fremd. Can multilingualism influence one’s perception of reality and one’s view of a “home country” or Heimat? What changes does a different cultural and linguistic context imply? The poisonous academic controversy between Ethan and Rudi ensuing from a quote in an old Hebrew article by Ethan exemplifies this: Rudi’s German translation of the text apparently has racist implications, not present in the original.

Central to the novel is the Jewish identity of the post-Holocaust survivor generations and the intercultural complexities for people caught between different “home” countries (Heimat), languages, and cultures touching upon important linguistic and psychological questions.

The novel, however, also contains episodes of great comedy, among them the appearance of the fat ultra-orthodox Jewish rabbi in the first chapter who, in his ritual prayers, chanting and bobbing up and down in the aisles of the airplane, nearly brings everything to a standstill, provoking other travelers to hilarious and sarcastic comments. The author equally chastises the eccentric ideas of Rabbi Berkowitsch, who wants to bring the Messiah back to earth.

Central to the novel is the Jewish identity of the post-Holocaust survivor generations and the intercultural complexities for people caught between different “home” countries (Heimat), languages, and cultures, touching upon important linguistic and psychological questions. Even after decades of unprecedented peace in Europe, might there not still exist post-traumatic trauma originating with the Second World War? In the wider context of post-Holocaust literature, the novel puts all assumed values cruelly in doubt and stays open-ended. Perhaps the final episode, when all family members come together to celebrate Felix Rosen’s Jewish funeral rites in Tel Aviv, leaves some hope for a more harmonious future. Maria Luise Caputo-Mayr is Professor of German (emerita) at Temple University. Having taught in Italy, Great Britain, and the US, Caputo-Mayr has published works on German, English, and Italian literature. She is the founder of the Kafka Society of America and the editor and director of its journal. An author of publications of poetry, prose, and plays, she was also the principal author of the first bilingual, annotated Kafka bibliography, together with Julius M. Herz.